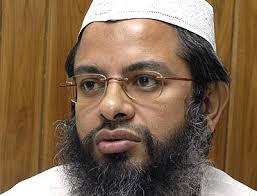 Mahmood A. Madani a politician from Rashtriya Lok Dal party is a Member of the Parliament of India representing Uttar Pradesh in the Rajya Sabha, the upper house of the Indian Parliament. He belongs to a respected Sayyid family.

Maulana Mahmood Madani represents the third generation legacy of struggle for freedom, equality, social justice and human rights. His grand father, Maulana Syed Hussain Ahmad Madani, the great Scholar of Islamic theology, a teacher of Prophet’s tradition in Prophet’s Mosque at Medina, and in Darul Uloom Deoband, devoted his life to the struggle for freedom. His son, Maulana As’ad Madani followed in his father’s footstep.

Born on 3 March 1964 at Delhi, young Mahmood named after the spiritual mentor of his grand father, Maulana Mahmood Hasan Deobandi, a freedom stalwart, Islamic Scholar and founder member of Jamiat Ulema-e-Hind, learnt Quran by heart and acquired basic education in Islamic theology at Amroha, Uttar Pradesh. Later, he entered Darul Uloom Deoband and graduated from there in 1992. In his final year at Deoband, the incident of demolition of Babri Mosque at Ayodhya occurred which affected him. The demolition was followed by communal riots spreading all over India including the town of Deoband, Muslims were massacred, curfew was imposed. Food and essentials became scarce. Mahmood Madani came out to the aid and relief of victims. He also laid a siege with large number of supporter around the local police and administration offices and forced them to bow down to his demands for immediate justice. This was the first occasion when his natural acumen for leadership, valiance and zeal and fervor for fighting for the weak and oppressed were seen and acknowledged publicly and people started looking at him with expectation as the torch bearer of his distinguished family’s lofty traditions.

After graduation from Darul Uloom Deoband in 1992 he took to business for fulfillment of his economic needs but this didn’t deter him from devoting full time and energy to social and political activities. He started his political career by joining Samajwadi Party of which he soon became All India National Secretary and central council member. He was elected to Rajya Sabha form U.P in March 2006 and at present he is a sitting member.
Acknowledging his social and political activities, Saharanpur district unit of Jamiat Ulama-i-Hind, elected him as president. Soon after, he was elevated to the office of Secretary of U.P. State Jamiat Ulama-i-Hind and later as its vice-President. In the year 1997, there was urgent need for secretary organization in the Centre. Madani launched anti-terrorist campaign throughout the country. He has been instrumental in getting Fatwa passed by Deoband Clergy. Besides organizing about 40 anti terrorism conferences all over the country the massive public gatherings in May 2008 at Ramlila Ground of Delhi, in November 2008 at Hyderabad and in February 2009 at Mumbai have helped in mobilizing Muslim masses and Ulema against terrorism.

During the Gujarat earthquake, his relief and rehabilitation work brought him national recognition and he was elected as General Secretary of Jamiat Ulema-e-Hind from 2001 to 2008. He is now an executive member and regarded as its leader. His far-reaching recent achievement is in launching the countrywide anti-terrorist campaign and in getting the Deoband Clergy to pass a fatwa against terrorists. He organised 40 anti-terrorism conferences all over the country. The massive public gatherings in May 2008 at the Ramlila Grounds of Delhi and in November 2008 in Hyderabad have helped in mobilizing the Muslim masses and Ulema against terrorism. He came into further prominence following his pointed remarks to Pakistan's ex-president, Parvez Musharraf, during a meet organized in India.