Dr. Tahir Mahmood, Member, Law Commission of India, is a renowned jurist specializing in Islamic Law, Hindu Law, Religion and Law and Law Relating to Minorities. He has been Dean, Faculty of Law, University of Delhi, Chairman, National Commission for Minorities, Member, National Human Rights Commission and Jurist-Member, Ranganath Misra Commission. Dr. Mahmood is well known in India and abroad for his expertise in religion and the law, human rights and civil liberties, especially the law relating to the educational rights of Minorities. He is a globally noted authority on Islamic Law, Legal Systems of the Arab World and Hindu Law, subjects on which he has written and edited more than two dozen books and 500 research papers. His academic work, which focuses on his progressive interpretation of these laws, is widely acclaimed and has been cited by the Supreme Court of India and many State High Courts in more than 20 judgments besides being prescribed by many Indian and foreign Universities for higher legal studies.
He has inaugurated, attended and presided over many international conferences and seminars all over the world and has delivered numerous lectures at internationally renowned Universities including the Universities of Harvard, Cambridge, London, Iowa and many others.

As an expert on family laws, he has advised the International Commission of Jurists and many foreign governments. He is associated in different capacities with a number of notable Indian and foreign academic, legal and human rights organizations, prominent amongst them being the International Society on Family Law, Paris, the Vienna Christian-Islamic Round Table, the International Consortium of Religion and Law Studies, Milan, the Institute of Muslim Minority Affairs, Jeddah and the Committee for Drafting the Model Constitution for Islamic Countries, Kuala Lumpur. He is also the academic founder of many law schools in India including the Amity Institute of Advanced Legal Studies of which he is the Honorary Chairman.
Professor Mahmood speaks Urdu, Hindi and English and has a fair knowledge of Arabic and Persian and is a strict vegetarian. 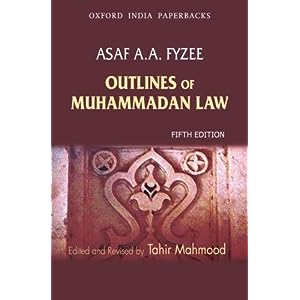 Hon'ble Member of the Law Commission of India, Professor Dr. Tahir Mahmood has earlier served as Dean of the Delhi University Law Faculty, Chairman of the National Minorities Commission and Expert-Member of the Ranganath Misra Special Commission on Minorities. The illustrious Professor has authored a large number of books in several languages, many of which have been cited with appreciation in the judgments of the Supreme Court of India and of various High Courts. Well known at home and abroad and associated in an advisory capacity with several foreign institutions, the highly reputed academic specializes in the laws on religion, human rights, minorities and family relations.