Adil Jussawalla was born in Bombay in 1940. He was a student of Architecture in London between 1957 and 1958. He read English Language and Literature at Oxford and taught at a language school in London before returning to Bombay in 1970, where he became one of the founder members of the influential poets’ publishing co-operative Clearing House, which brought out eight books of poems between 1976 and 1984.

Of Jussawalla’s precocious first collection, Land’s End (1962), Dom Moraes wrote that it “seemed [to him], and to many other poets in England, one of the most brilliant first books published since the war”. Missing Person (1976) – a startling hybrid of varied tones, perspectives and influences – has itself become a deep, acknowledged influence on the generations of Indian poets that came after it. The anthology Jussawalla edited, New Writing in India (1974), a snapshot of Indian writing in the 1960s across languages, is still widely and closely read today. Almost Island Books published his third book of poetry Trying to Say Goodbye in Nov 2011. 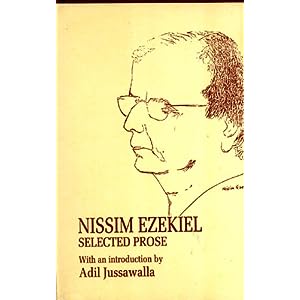 Jussawalla has worked as a newspaper editor and columnist, and written narratives for television films shown on BBC (Train to Calcutta, 1969) and on Channel 4 (War, 1989).  He has been an Honorary Fellow at the International Writing Program, The University of Iowa.  His poems have been translated into several Indian and European languages and have appeared in anthologies published in India and abroad.