Abul Fazl, Mirza (Urdu: ميرزا أبوالفضل), (d.1865-1956 AD), was a native of Allahabad, India. Among the contemporary Muslim scholars Dr Mirza Abul Fazl, learned in Arabic and Sanskrit, was a pioneer who took interest in the study of the chronological order of the Qur`an and invited the attention of Muslim scholars towards its importance.
Dr Mirza was the great grandson of Haji Ali Shirazi. His genealogical tree as described in his dictionary of the Qur'an, Ghrib ul Quran is Mirza Abul Fazl, son of Fayyaz Ali, son of Nauroz Ali son of Haji Ali Shirazi. It cannot be ascertained as to when his remote ancestors came to India and settled in Bengal. This family belonged to Shiite school of thought.
His early education was completed in Bengal and on the basis of distinctions received during the course of his education, he was admitted to M.A. and Ph.D. in Berlin with a scholarship. His subject in M.A. was Sanskrit.
In his late thirties that Dr. Mirza Abul Fazl started to study the Qur'an. As in the case of studying other sacred scriptures he tried to delve deep into the true spirit of the Qur'an directly from original text.

He hailed from East Bengal now forming a separate country, Bangladesh. He was a profound scholar of Sanskrit and Arabic. After securing a scholarship he proceeded to Germany in or around, 1893, and was awarded Ph.D in Sanskrit. In Germany he also studied Homeopathy, as this system of treatment was very popular in Germany in those days. While he was in Germany he developed an interest in homeopathy and obtained highest qualifications from Germany and the United States of America gaining extraordinary expertise.
He was a simple man of few words and true Muslim and a servant of Isalm. The purpose of his life was to present Islam in its original form. 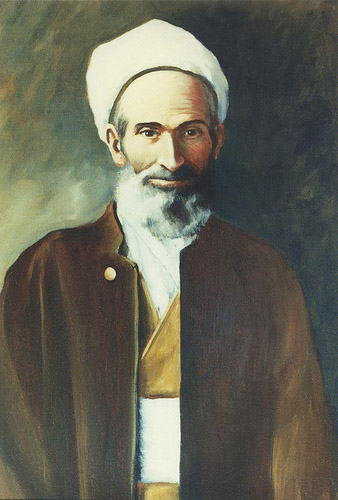 He returned to India after spending many years abroad with the resolve to participate in the freedom struggle. He stuck to his decision until his last. He maintained his link with the Congress in some capacity or the other. After returning to India, he stayed in Calcutta and then settled in Allahabad.

Jawaharlal Nehru's family was not only known to him, he was a regular visitor to Anand Bhavan. When Jawaharlal Nehru was elected as chairman of Allahabad Municipality, he offered Mirza Abul Fazl a position in the municipality. He was there in 1929. He had friendship with Pandit Sunderlal and Dr Rajender Prasad also. It is but easy to visualise his possible influence on the freedom movement in some way or the other.
Mirza Abul Fazl came to Hyderabad in 1937 on the invitation of Professor Jameelur Rahman and adopted homeopathy as his profession. His clinic was located opposite Sagar talkies.

He used to hold here meetings, academic discussions and debates with reputed personalities of the time such as Akbar Yar Jung, Khalifa Abdul Hakeem, Professor Abdul Majeed Siddiqui and Professor Jameelur Rahman. He would be in touch with members of both high and middle class society, in connection with treatment and remedy of ailments. Dr Hashim Amir Ali was among his close disciples who drew maximum benefit from his company.
Dr Mirza had translated Qur'an in Bengali and Hindi languages too, unfortunately, they were not found. It is said he wrote more than one hundred and fifty books in all, including books and booklets, most of them remaining unpublished.
He started making an Arabic-Urdu dictionary of Qur'anic words which is very comprehensive under the title of Gharib ul Quran, with explanatory notes. It was being published by the Government Printing Press under special care of Dr Hashim Amir Ali.
He published a collection of about one thousand authentic Ahadith (Traditions of the Prophet). Its preface consisting of 8 to 9 pages is a rare work of brevity (saying too much in a few words).

He was the first Muslim to present a translation of the Qur'an into English along with the original Arabic text. His first translation into English, with the Suras arranged according to the chronological sequence suggested by Theodor Nöldeke, however, differed but a little from that of John Medows Rodwell in that the placement of two Surahs he differed from Noeldeke, and because of changing the order of these two Surahs the arrangement of eight Surahs had to be changed, which was published in two volumes with Arabic text and English rendering in 1910. The use of Arabic metal type, instead of litho, was a further improvement.
His last edition of "The Koran in English" appeared in 1955, a year before he died in May 1956, at the age of 91.