Born on February 2, 1934,  into a family of legendary chefs to the Moghul Emperors of India,  for Chef Imtiaz Quereshi it was a foregone conclusion that he would eventually become a chef like his ancestors. But when Imtiaz’s father died young, his mother apprenticed her seven-year-old son to her brother who was considered among the best. Beginning with the lowest category of jobs, the young Imtiaz learnt all the skill of the trade from his master. During his days with his uncle, business flourished and gradually clients began to seek out young Imtiaz. His uncle found this disturbing and Imtiaz’s mother intervened to withdraw her son from the apprenticeship – because the student was beginning to outshine the teacher.

Joining a reputed restaurant, Imtiaz soon became the best known chef in the city. The restaurant also developed an enviable reputation for catering at all the major feast and weddings in the city. Imtiaz remembers catering for a banquet of 1000 covers hosted by Pandit Jawaharlal  Nehru – The first prime minister of India after independence. Soon after Chef Imtiaz was offered a contract with the ITC group of India who in collaboration with Sheraton brand of hotels were opening 5 star hotels in India to head their operations of their kitchens.  Chef Imtiaz was encouraged to research the forgotten cuisine of the Moguls. He spent years in perfecting the recipes, naming it Bukhara. The cuisine was launched at a restaurant by the same name at the ITC Maurya Sheraton – New Delhi. The rest is the culinary history. 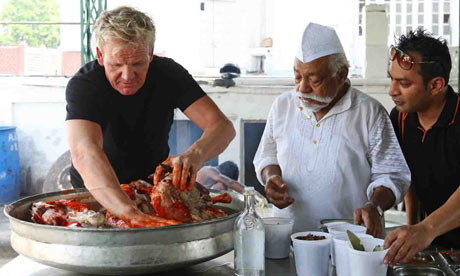 Chef Imtiaz has two sons who like him are grand masters in this unique and historic cuisine. Having worked in top hotels they have taken their heritage cuisine to different corners of the world and treated hundreds and thousands of people with their culinary excellence. With their father being their mentor they are all set to step foot in Malaysia to treat with their famous cuisine.
TIMES NOW, India’s No.1 English news channel in association with Kent RO celebrated the best cuisines from across the country with the much anticipated ‘The Foodie Awards’. Held on 24th March at Trident, Nariman Point, Mumbai, the awards honoured & felicitated the best and most deserving food & beverage establishments in the country amidst prominent personalities from the entertainment and F&B fraternity.
Source : grandecuisines.com