Saifuddin Soz (Kashmiri: सैफ़ुद्दीन सोज़ (Devanagari), سیف الدین سوز (Nastaleeq) (born November 23, 1937) is an Indian professor and a long-time Member of the Parliament of India. Soz hails from the Indian state of Jammu and Kashmir. He had been India's Minister of Water Resources in India's 14th Lok Sabha and Minister of Environment and Forests in the 1990s. In January 2006, he was nominated to the Congress Working Committee, the executive committee of the Indian National Congress. He is married to Mumtazunnisa Soz; they have two sons and a daughter. Soz was born in Sopore, a township in the northern Kashmir Valley. He worked his way to completing a Master's degree in economics from the University of Kashmir, where he later held the position of registrar. He held teaching positions in many colleges affiliated with the University of Kashmir before taking on the position of registrar of the university. From there, Soz moved to the Jammu and Kashmir State Board of School Education (BOSE), a government department responsible for administration of schools. Soz sought voluntary retirement from government service to enter politics in 1983. At that time, he was Secretary of the BOSE. 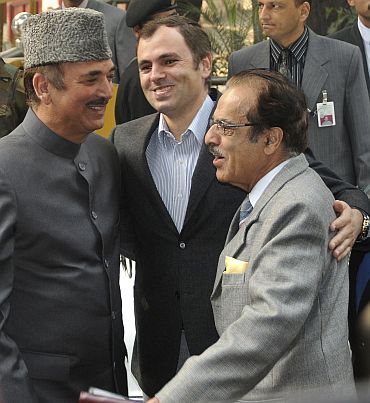 In 1983 Lok Sabha election, Soz contested and won the Baramulla seat as a candidate of the ruling Jammu and Kashmir National Conference party. At the time, the JKNC was headed by Dr. Farooq Abdullah. Soz went on to win three more Lok Sabha elections as a member of the JKNC. He also represented the JKNC and the state of Jammu and Kashmir in the Rajya Sabha in the mid-'90s. In 1997-98, he became India's Minister of Environment and Forests in the cabinet of Prime Minister Inder Kumar Gujral. During 1998-99, Soz served in the same capacity under Prime Minister H.D. Deve Gowda. At the time, the JKNC was part of the United Front government ruling India. In 1999, Soz was expelled from the JKNC for voting against the government of Prime Minister Atal Behari Vajpayee, a veteran leader of the right-wing Bharatiya Janata Party (BJP). Soz was a JKNC member of parliament and defied his party's leadership on supporting a political party that was typically viewed as being opposed to the JKNC in the state of Jammu and Kashmir. Since then, some leaders of the JKNC have admitted that the decision to align with the BJP government was a mistake.
In 2003, Soz joined the Congress party and was elected to the Rajya Sabha in 2004. In January 2006, he was inducted into the ministry of Prime Minister Manmohan Singh as Minister of Water Resources, a position he held until early 2009. Soz was appointed President of the Jammu and Kashmir Pradesh (state) Congress Committee in February 2008. He was also one of the front runners for the post of Vice-President of India, but lost out due to some political parties saying the post should be occupied by a Bureaucrat and not a Politician.
It is widely believed that he will become the next Chief Minister of Jammu & Kashmir although due to factionalism in the state party, it has hampered his previous attempts to become Chief Minister. 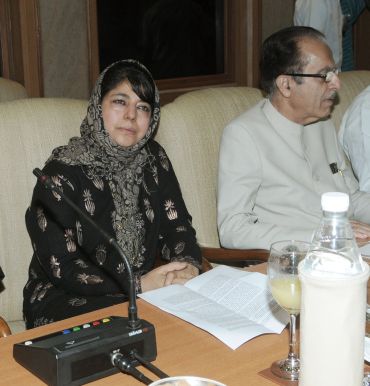 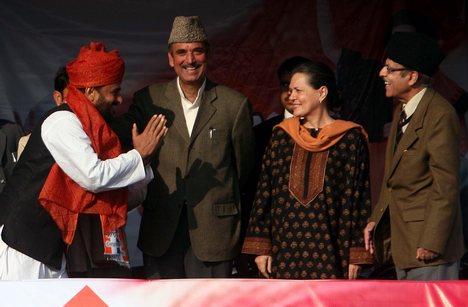 Soz has written and edited several books including:
He also translated M. Illin's book 1,00,000 Whys from Russian to Kashmiri, an effort for which he received the Soviet Land Nehru Award. He has written essays and short stories in Kashmiri, several articles in reputed newspapers and journals on a variety of subjects like Islam and modernism, rights of women, secularism, literature, education and economics. He has participated widely in discussions on Kashmir during the last two decades. He is also the recipient of several literary awards including Soviet Land Nehru Award, All India Basic Literature Competition Award and Competition for Literature for Neo-Literates Award.