Ustad Allarakha Khan was born on April 29, 1919, at Phagwal village of Jammu, 80 kms from Lahore. He was fascinated with the sound of tabla since the age of 12, when he was staying with his uncle at Gurdaspur.

The determined young lad ran away from house and became a disciple of Mian Qader Baksh of the Punjab Gharana, who initiated him into the world of music. He learnt 'Raag Vidya' (melody aspect) from Ustad Ashiq Ali Khan of Patiala Gharana. His regimen of practice and dedication were the stuff of legend: hours upon hours of hard, disciplined practice cultivating his skills would eventually pay off. 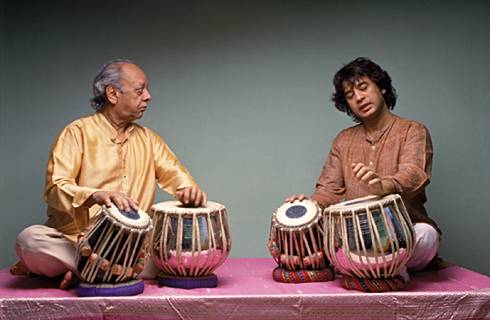 He started his musical career as an accompanist in Lahore and then as an All India Radio staffer in Mumbai in 1940. Soon after he would compose music for a couple of Hindi films from 1943-48. 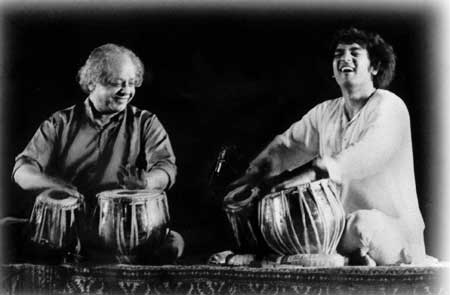 The venerable master would later achieve world reknown as Pandit Ravi Shankar's chief accompanist during his apex in the 1960s, delighting audiences in the West with his percussive wizardry, both as an uncanny accompanist with flawless timing and sensitivity as well as a soloist where he was a master of improvisation, a prolific composer and an electric showman.

The Ustad popularized the art of tabla playing all over the globe, elevating the status and respect of his instrument. Abbaji (as he was affectionately known) also bridged the gap between Carnatic music and Hindustani music by performing with both reknowned Carnatic musicians as well as other Hindustani stalwarts.
In a message of condolence to Mr Khan's family, Indian Prime Minister Atal Behari Vajpayee said he was a colossus of Indian classical music. "The country has lost an accomplished maestro whose mastery over the tabla created waves all over the world," Mr Vajpayee said. President K R Narayanan said with Mr Khan's demise "an uncommon pulsation has been stilled. His wrists, palms and fingers produced from the tabla a percussion of magical quality which maintained the tenor and tempo of India's uniquely assimilative musical culture."
He once said in an interview that when he played outside India, his aim was to teach the Western world about the beauty of Indian music. When asked to say a few words at his 80th birthday celebrations last year, he played the tabla instead. "This is the language I know," he told the audience. He is survived by his wife Bavi Bengum, three sons, Zakir Hussain, Fazal Qureshi and Taufiq Qureshi, his daughter Khurshida Qureshi, and nine grandchildren.