Asghar Ali Engineer, an Indian Muslim, is an Islamic scholar, reformist-writer and activist. Internationally known for his work on liberation theology in Islam, he leads the Progressive Dawoodi Bohra movement. The focus of his work is on (and action against) communalism and communal and ethnic violence in India and South Asia. He is an advocate of a culture of peace, non-violence and communal harmony, and has lectured all over world. He is presently the head of the 'Institute of Islamic Studies' and the 'Centre for Study of Society and Secularism', both of which he founded in 1980 and 1993 respectively. He currently contributes to The God Contention, a web site comparing and contrasting various worldviews. 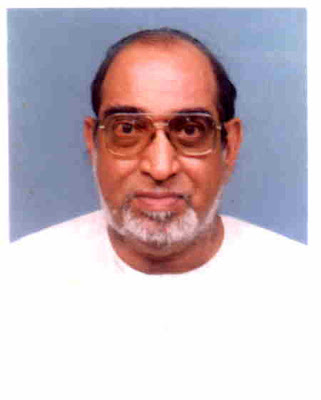 Asghar Ali Engineer was born 10 March 1939 in Salumbar, Rajasthan, India as the son of a Bohra priest, Shaikh Qurban Hussain. He was given training in Qur'anic tafsir (commentary), tawil (hidden meaning of Qur'an), fiqh (jurisprudence) and hadith (Prophet's sayings), and learnt the Arabic language.
He graduated in civil engineering from Vikram University in Ujjain, Madhya Pradesh), and served for 20 years as an engineer in the Bombay Municipal Corporation before taking voluntary retirement in 1972, to devote himself to the Bohra reform movement.
He began to play a leading role in the reform movement in 1972 when a revolt took place in Udaipur. He was unanimously elected as General Secretary of The Central Board of Dawoodi Bohra Community in its first conference in Udaipur in 1977. In 2004 due to criticism of the Dawoodi Bohra religious establishment he was expelled. In 1980, he set up, Institute of Islamic Studies, in Mumbai, to create a platform for progressive Muslims in Indian and else where. Subsequently, through the 1980s, he wrote extensively on Hindu-Muslim relations, and growing communal violence in India. Asghar Ali Engineer has been instrumental in publicizing the Progressive Dawoodi Bohra movement through his writings and speeches. In 1993, he founded, 'Center for Study of Society and Secularism' to promote communal harmony.
Over the years, he has authored more than 50 books  and many articles in various national and international journals, and is founding chairman of the 'Asian Muslim Action Network', director of the 'Institute of Islamic Studies', and head of the 'Center for Study of Society and Secularism' in Mumbai, where he works closely with scholar and scientist Professor Dr Ram Puniyani. An aspect of Engineer’s belief of women’s equality is that of his 21st century mindset, which can be seen throughout all of his opinions. The situation in the Muslim world reflects the status quo, according to Engineer. With respect to the suppressive, patriarchal nature of contemporary Islamic states, Engineer writes that “Women do not enjoy the status the Qur’an has given them in Muslim society today.” Engineer believes that in this day and age women should be equal to men. “Women had internalized their subjugation of men as the latter were the breadwinners. Since then women have become quite conscious of their new status.” Women are sometimes the “breadwinners” of the household while the man stays home, now. In the past it would be inconceivable to think that a woman was allowed out of the house, but now they are an active earning member of the family even in places like Saudi Arabia. Women have now been Prime Ministers, even against opposing views. However, women are not treated totally equally in all Muslim establishments, and that is what Engineer is fighting to change. He wants to see equality across the board, considering the present time.
Today women are much more educated and much more aware and hence would consider it undignified to live with a co-wife and share her husband’s attention and love with her. Women today are smarter than the past and know that they deserve better rights, according to Engineer. He believes that people who support an unjust order, or remain silent in view of gross injustices is not a religious person. He goes as far to say that people need to wage jihad against all forms of exploitation and injustices and to Engineer women’s inequality is top on his priority list of injustices. However, there are people that suggest that his interpretations of the Qur'an are not strong enough to get people to change their beliefs surrounding women’s place in Islam. Sikand thinks that Engineer’s opinion is based on his interpretation of the Qur'an and his outlook on the 21st century instead of the interpretations that the Qur'an has now. “His understanding of Islam is indelibly shaped by his concern for social justice and inter-communal harmony, of course.” Engineer’s ideas are not as controversial as they used to be, because since the 21st century is big on attempting to make people equal; it has helped the equality of women, though not enough for Engineer’s standards. Engineer believes that women should be treated equally to that of men, because of his understanding of the Qur'an and because of the 21st century. He has been awarded several awards, including the Dalmia Award for communal harmony in 1990, honorary D.Litt. by the University of Calcutta in 1993, the 'Communal Harmony Award' in 1997 and the Right Livelihood Award in 2004 (with Swami Agnivesh) for his 'strong commitment to promote values of co-existence and tolerance'.