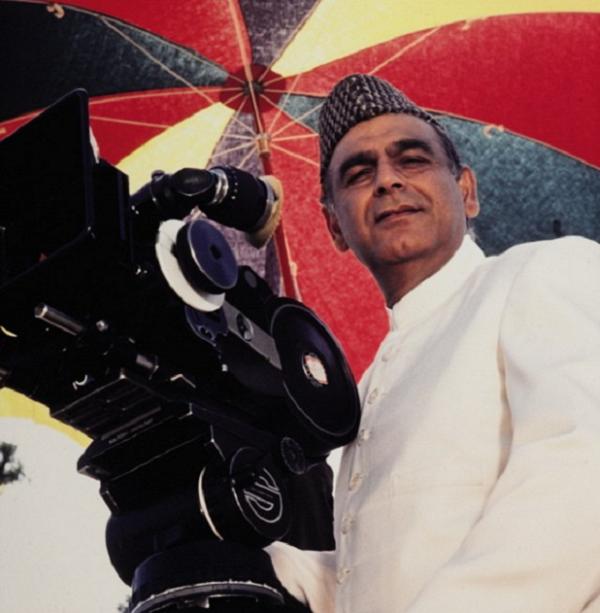 Born in Bombay, Ismail Merchant has lived and worked for most of his life in the West, completing his education at New York University where he earned his Masters Degree in Business Administration.
Merchant's first film was a theatrical short, The Creation of Woman, which was nominated in 1961 for an Academy Award and was an official entry from the United States in the Cannes Film Festival that same year. While en route to the Festival, Merchant met James Ivory, who agreed to form a partnership, Merchant Ivory Productions, to make English-language theatrical features in India for the international market.
It was not only the visual beauty and charm of India that attracted Merchant to begin making his films in India, but also the opportunity to finance his films with funds from frozen Rupee accounts of major American distributors. These accounts contained distribution proceeds that the Indian government would not allow to be repatriated, but which could be utilized under an agreement to make films in India. The Householder was Merchant and Ivory's first feature length film and the first Indian film to be distributed worldwide by a major American company, Columbia Pictures. It was followed by more Indian features, all in some way funded wholly or in part by an American studio, including Shakesspeare Wallah (1965), The Guru (1969), and Bombay Talkie (1970).
In addition to producing, Merchant has directed a number of films and two television features. For television, he directed a short feature entitled Mahatma and the Mad Boy, and a full-length television feature, The Courtesans of Bombay, made for Britain's Channel Four. The first feature film he directed, In Custody, based on a novel by Anita Desai, and starring Shashi Kapoor, was filmed in Bhopal, India, and went on to win National Awards from the Government of India for Best Picture, Best Actor, Best Costume and Best Production Design. His second directing feature, The Proprietor, starred Jeanne Moreau, Jean-Pierre Aumond and Christopher Cazenove and was filmed on location in Paris.
Merchant's third feature film as Director, Cotton Mary, was set in Kerala, India and starring Madhur Jaffrey, Greta Scacchi, and James Wilby. The film tells the tale of an Anglo-Indian nurse in search of her identity in Post-Colonial India, and has been described as the finest example of Merchant's ability to combine the best of East and West in modern cinema. The Mystic Masseur, based on the novel by V.S. Naipaul, is Merchant's latest work as Director was released in the spring of 2002 and was described by the New York Times as "a subtle, humorous, illuminating study of politics, power and social mobility." The American release of The Golden Bowl in April of 2001, starring Nick Nolte, Uma Thurman and Anjelica Huston, marked the Fortieth Anniversary of Merchant's career in film production, a career that has already earned the Merchant Ivory team a place in The Guinness Book of World Records for the longest partnership in independent cinema. For over thirty years, Merchant Ivory Productions has endured as one of the most productive collaborations in cinema, bringing forth such films as The Europeans, Quartet, Heat and Dust, A Room With a View, Mr. and Mrs. Bridge, Howards End, The Remains of the Day, Jefferson in Paris, and Surviving Picasso.
Merchant is also a renowned chef and author of a number of books on cuisine, including Ismail Merchant's Indian Cuisine; Ismail Merchant's Florence; Ismail Merchant's Passionate Meals and Ismail Merchant's Paris: Filming and Feasting in France. In addition, he authored a book about the making of the film "The Deceivers" in 1988 called Hullabaloo in Old Jeypur, and another about the making of "The Proprietor" called Once Upon a Time . . . The Proprietor. His most recent book is entitled, My Passage From India: A Filmmaker's Journey from Bombay to Hollywood and Beyond.
In addition to numerous accolades Merchant has won in the world of film, he is also an Honorary Doctor of Arts at Bard's College, New York, Wesleyan College and the University of Illinois. He has been honored by the Mayor of New York and the Maire de Paris, and received for his outstanding contribution to cinema the title of Commandeur de l'Ordre des Arts et des Lettres from the Ministry of Culture in France.
It is with great sadness that Merchant Ivory Productions announced that Ismail Merchant, our company founder and beloved producer for more than 44 years, passed away May 25, 2005 after a brief illness in a London hospital where he was working on his latest film, The White Countess.