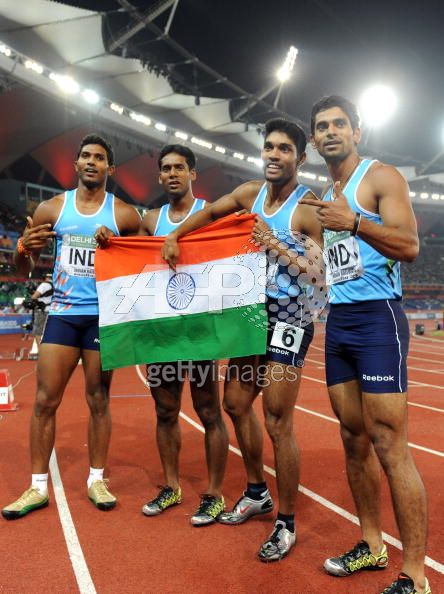 On 6 October 2010, Qureshi equalled the national 100 m record while qualifying for the semi-finals during the 2010 Commonwealth Games held at New Deli, India. He clocked 10.30 s to equal Anil Kumar Prakash's national record set in 2005 at the National Circuit Athletic Meet held in New Delhi. Qureshi was also part of India's 4x100 relay team that won the bronze medal at the 2010 Commonwealth Games. The team set a new national record of 38.89s. On 23 October 2010, Najeeb visited his alma mater again where he was garlanded and welcomed by his former schoolmates. An exciting evening, brimming with jollility and dance followed, with his first coach, Adarsh Goswami, joining the festivities as well.
Qureshi also won 200 m sprint at the South Asian Games held at Dhaka, Bangladesh in February 2010.
He completed his schooling from Defence Laboratories School, Kanchanbagh, Hyderabad. At school, his inherent talent in running was first identified by his PT master Adarsh Goswami. He encouraged Najeeb to follow his dreams and pursue a career in athletics.
During the Guangzhou Asian Games - 2010, he lost his bronze medal by just a hundredth of a second.