The work of Zarina Hashmi is defined by her adherence to the personal and the essential. An early interest in architecture and mathematics is reflected in her use of geometry and her emphasis on structural purity. While her work tends towards minimalism, its starkness is tempered by its texture and materiality. Her art poignantly chronicles her life and recurring themes include home, displacement, borders, journey and memory.

Best known as a printmaker, Hashmi prefers to carve instead of draw the line, to gouge the surface rather than build it up. She has used various mediums of printmaking including intaglio, woodblocks, lithography and silkscreen. She frequently creates series of several prints in order to reference a multiplicity of locales or concepts. For example, her seminal work Home is a Foreign Place consists of 36 woodblock prints, each of which represents a particular memory of home. Each subject is inscribed in Urdu beneath the print to signify the vital role language plays in her work, as well as to pay homage to a mother tongue in decline. Other works such as these cities blotted into the wilderness, Countries, and Dividing Line explore geographical borders and contested terrains, particularly those areas which are scarred from political conflict. Hashmi has long been interested in the material possibilities of paper and in addition to printing on it, she has created works which entail puncturing, scratching, weaving and sewing on paper.Hashmi also creates sculpture using a variety of media such as bronze, aluminum, steel, wood, tin and paper pulp. 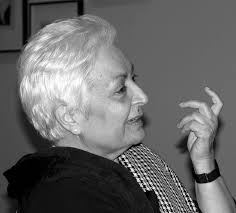 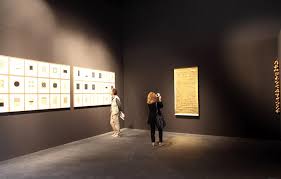 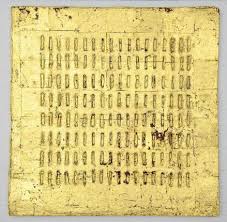 Zarina Hashmi was born in 1937 in Aligarh, India. After receiving a degree in mathematics, she went on to study woodblock printing in Bangkok and Tokyo, and intaglio with S. W. Hayter at Atelier-17 in Paris. She has participated in numerous exhibitions, including most recently Mind and Matter: Alternative Abstractions from 1940s to Present at the Museum of Modern Art, New York,Gouge: The Modern Woodcut at the Hammer Museum, Los Angeles and WACK! Art and the Feminist Revolution a traveling exhibition organized by MOCA, Los Angeles. Her work is in the permanent collections of the Bibliothèque Nationale, Paris; the Victoria & Albert Museum, London; the Hammer Museum, Los Angeles; the Whitney Museum of American Art, New York; the Guggenheim Museum, New York and the Museum of Modern Art, New York. Her retrospective exhibition at the Hammer Museum entitled Zarina: Paper Like Skin opens in September 2012, and will travel to the Guggenheim in New York in 2013. The artist lives and works in New York.