Prof M Aslam hailing from Rajbagh Srinagar was instrumental in establishing IGNOU regional center in Srinagar. He had recently introduced diploma course in Panchayati Raj in the IGNOU programmes. Prof Aslam was serving IGNOU as a Director of the School of Continuing Education (SOCE) and Professor of Rural Development since 1992. He was also the Director for National Center for Innovations in Distance Education (NCIDE) of the university for over 3 years.  He has rich and varied experience both at national and international levels in University Administration, ICT, Communication and Extension, Distance and Continuing Education, Multi-Media in Distance Education, Training Methodology, Rural Development, Training skills, Monitoring and Evaluation, Panchayati Raj and Social Change.  In his 33-year long career he has spent nearly 8 years in foreign countries on international assignments.  He has been consultant to various international/ UN bodies including the Food and Agriculture Organization (FAO) of the United Nations, UNDP and EDI of the World Bank. He has worked as a Project Director for Panchayati Raj Project, developed a Multi-Media Distance Education package for Panchayati Raj functionaries elected throughout the country. The package was introduced among 58,000 elected functionaries of Panchayats in four selected districts of Madhya Pradesh and has been conferred COL President’s Award of Excellence at PAN Commonwealth Forum in March, 1999. Prof Aslam, 64, is an M.A. in Sociology with first division and second position (1973). He got his M.Phil in 1975 and Ph.D. (Sociology) in 1978.

Ghulam Muntaqa was a Karnataka Rajyotsava and Karnataka Media Academy award winner. His pictures, taken over six decades, earned him a place among the greats of Indian photojournalism.

His black and white pictures of Pandit Jawaharlal Nehru walking with friends with his achkan fluttering in the wind are iconic. They were shot when India’s first Prime Minister arrived here to inaugurate the district stadium in 1962. Since then, Mr. Muntaqa had shot all Prime Ministers with the exception of Lal Bahadur Shastri.

Another one of his achievements was the nine-foot-long negative that included pictures of the Gateway of India and the Taj hotel in Mumbai in a single frame, shot with a rotating camera. It was one of the several innovations that Mr. Muntaqa came up with. He was working on a camera that would rotate on a 360 degree axis, but could not finish it. He leaves behind some immortal moments in Karnataka’s history captured on film and memory chips, a collection of over 300 antique cameras, guns, and scores of bottles of wild honey collected over decades on his hunting expeditions.

His pictures brought out the agony of people waiting for food packets dropped by helicopters during the floods in Bidar taluk, the earthquake of Kilari-Latur, the communal clashes and month-long curfew in Hyderabad and the anti-Sikh riots of Bidar.

A WAY OF LIFE: Mansur Ali Khan Pataudi (third from left) with friends before one of his hunting expeditions in Bidar. Journalist Abdul Sattar Adib is to his right (with cap). Photo journalist Ghulam Muntaqa of the Hindi daily Bidar-Ki-Awaaz took the picture in August 1963.
His passion was portrait photography. His pictures adorn the walls of the Royals of Hyderabad, religious leaders in Maharashtra and politicians in Karnataka.
He was also known for his ability to adapt to technological changes over the course of his career.
Born to Ghulam Mustafa, a police photographer in the government of the Nizam of Hyderabad, Mr. Muntaqa began shooting pictures when he was 12. He worked for newspapers and magazines in Bidar, Hyderabad and Mumbai.
Source : thehindu.com
No comments: 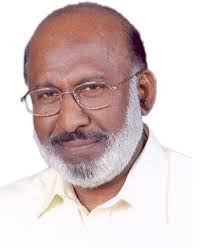 P. K. Abdul Aziz (also spelled P. K. Abdul Azis) (born 18 January 1947) is a scientist in Ecology and Biodiversity and an academic from India who has published 77 research papers, and has been Vice Chancellor of Cochin University of Science and Technology and Aligarh Muslim University.
He received a D.Sc in Ecology (2002) and a Ph.D (1978) from the Department of Aquatic Biology & Fisheries, University of Kerala.
He led the Department of Ecology and Marine Biology at the Saline Water Conversion Corporation Research and Development Centre, Saudi Arabia as Chairman during 1993-2002.

He was a professor at Kerala University and Kerala Agricultural University before becoming Vice-chancellor of the Cochin University of Science and Technology. 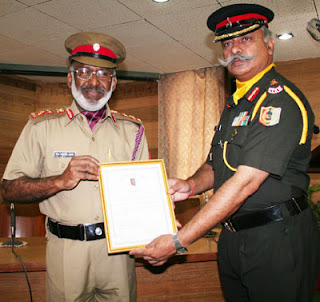 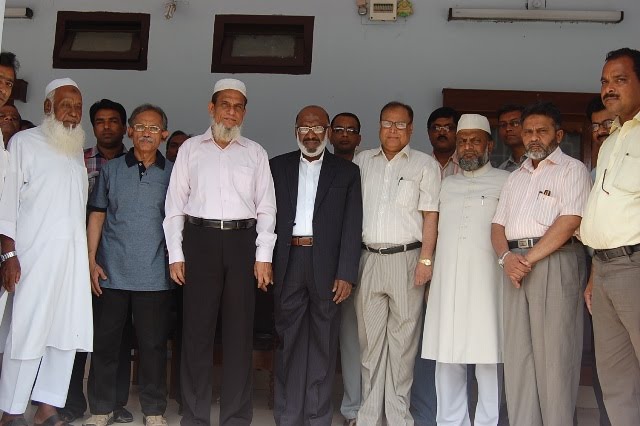 He was the Vice-chancellor of Aligarh Muslim University from June 11, 2007 to January 17, 2012. During his term he initiated a "crackdown" against squatters and put into place ID cards for all students.  The university also signed MoUs with Wisconsin University, Cleveland University, Atlanta University, Johns Hopkins University and New York University and began clearing a backlog of PhD submissions. India Today cited his efforts as leading to a "remarkable turnaround" for the university.. He "stepped down" from the VC office on January 17, 2012during investigation by the CBI. The CBI's interim report released on January 11 had found him guilty of financial impropriety "related to travel concession for family, income tax payment from University funds and purchase of luxury cars" with its determinations about all allegations to be released later in a final report. An earlier two person panel investigating had deadlocked, with one of the members of the panel suggesting the other was "responsible for undue prolonging of the matter" to allow Abdul Aziz to reach a full term as VC. Abdul Aziz's "unceremonious" departure was cited by India Today as evidence of the "waning influence" of the "Malayali lobby" in Delhi.
He is an ex-officio member of the Maulana Azad Education Foundation.