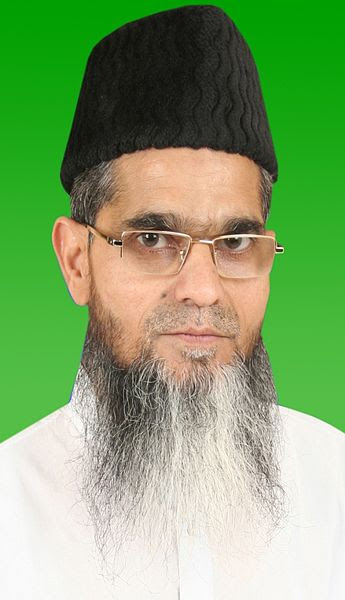 Aamir Rashadi Madni was born on 5 December 1961 in Azamgarh. His basic education is fromJameatur Rashad and then he graduated from Madinah University, in Saudi Arabia. 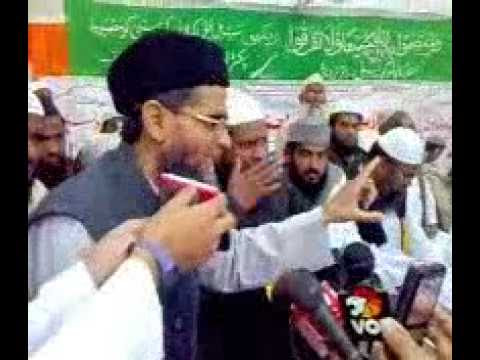 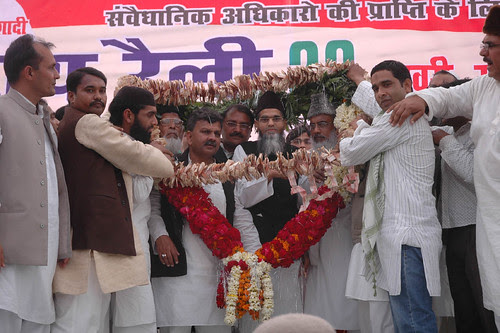 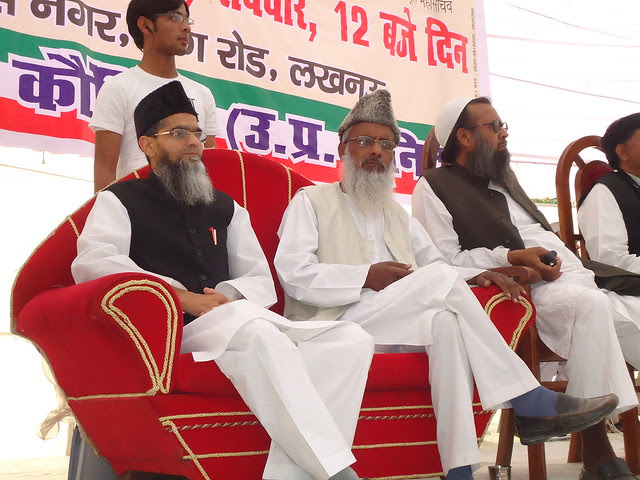 Now he is running an Arabic university Jameatur Rashad in Azamgarh. He is also the founder and national president of the political organisation Rashtriya Ulama Council (RUC) which are working in many states of India like Delhi, Maharashtra, Uttar Pradesh, Bihar etc.

1. Association of Microbiologist of India (From 1988)

3. Member in the Editorial Board - Seaweed Research and Utilization Journal

4. Krishnamurthy Institute of Alglology, Chennai (From 2001)

Prizes, Medals and Other Honours received

3. Certificate of Appreciation from Bharathidasan University for the research work leading to the development of valuable new technologies in the area of marine cyanobacteria (2001)

4. The American Biographical Institute, North Carolina, USA has selected as honorary member of the Research Board of Advisors from 2004

Dr. M. Zaheeruddin obtained his B.Eng. degree in mechanical engineering from Osmania University, Hyderabad, India, in 1977, and his M.Sc. and Ph.D. degrees in mechanical engineering from the University of Alberta, Edmonton, Canada, in 1980 and 1983, respectively. He joined Concordia University in 1987 as Associate Professor. His research is in the field of energy management control systems and dynamic modeling of HVAC thermal processes.

M. Zaheeruddin received the B.E. degree in mechanical engineering from Osmania University, Hyderabad, India, in 1977, and the M.Sc. and Ph.D. degrees in mechanical engineering from University of Alberta, Edmonton, Canada, in 1980 and 1983, respectively. From 1983 to 1987, he worked as a Research Associate in the Department of Electrical Engineering, University of Alberta. Since 1987 he has been a Faculty Member in the Centre for Building Studies, Concordia University, where he now holds the rank of Professor. He presently serves on the editorial board of 'Energy', the International Journal.

Dr. Zaheeruddin's research activities lie in the domain of HVAC and Control Systems:

Mohammed Zaheeruddin received his BE (1987) from Osmania University, and MSc (1980) and PhD (1983) in mechanical engineering from the University of Alberta. He held a post-doctoral research position (1983-1987) in the Department of Electrical Engineering, University of Alberta. He joined Concordia University as assistant professor in the Centre for Building Studies in 1987 and was promoted to associate professor in 1993.Dr. Zaheeruddin has expertise in both thermal sciences and control engineering. The combination of these two areas of expertise is what distinguishes his work in the area of HVAC control systems. His research in various aspects of HVAC controls constitutes one of the earliest major contributions in this area. He has developed a strong externally funded research program in the Department of Building, Civil and Environmental Engineering in intelligent energy management control systems, and he has been instrumental in the establishment of the Thermal Environment and Control Systems Laboratory. He has also developed collaborations with the industry and government agencies.He is the author of 85 technical papers, including 54 in refereed journals. As a recognized expert in the field of HVAC control systems, he has given several invited lectures and conference presentations. He was associate editor (1991-1999) of Energy – the International Journal. He is an active member of ASHRAE and serves on the Control Theory and Applications Technical Committee.Dr. Zaheeruddin has served as undergraduate program coordinator of the building engineering program and is also a member of several departmental and faculty committees.

Lieutenant Commander Firdaus Darabshah Mogal was born on October 15, 1974, to Darabshah and Armin in Ahmedabad. Firdaus was the eldest of three sons. He did his schooling from Maneckji Cooper Educational Trust, Mumbai. He attended the Holiday Programme for Youth in 1990, which motivated him to join the prestigious National Defence Academy four years later. He was then commissioned into the Executive Branch of the Indian Navy as a Sub Lieutenant on January 1, 1998.Being adventurous at heart, Firdaus volunteered for the submarine arm of the Indian Navy and passed the Basic Submarine course with flying colours. His illustrious career included appointments as Anti Submarine Warfare Officer onboard INS Shalki, the Training Coordinator of the Submarine School INS Satavahana, Vishakhapatnam, and the Executive Officer (second-in-command) of the submarine INS Shankush, where he worked till the day of his untimely demise.For his professional competence, zeal, enthusiasm and devotion to duty, Lt. Cdr F.D. Mogal was commended by the Flag Officer Commanding-in-Chief, Western Naval Command, in 2007. On August 30, 2010, he made the supreme sacrifice in an unmatched show of fearless valour at sea under adverse weather conditions, while saving the lives of his shipmates onboard INS Shankush. He was a regular speaker at the Holiday Programme for Youth, conducted by the BPP, and spoke in May 2010 as well.He is survived by his wife Kerzin and two-year-old son Yashan.

Indian Navys Lieutenant Commander Firdaus Darabshah Mogal from Mumbai was awarded the Shaurya Chakra ( posthumous) on Monday for his gallant deed of attending to the call of duty at the cost of his own life on August 30, last. " For an unmatched show of fearless valour in the face of death that saved the lives of six men onboard, Lieutenant Commander Firdaus Darabshah Mogal is awarded ‘Shaurya Chakra’, posthumously", reads the citation of the award.

Lt Cdr Mogal had assumed the duties of the Executive Officer of a naval submarine on May 26, last year. On August 29, whilst the submarine was enroute for a deployment, a defect was observed.
The authorities decided to surface the submarine in the exercise area post sunrise to attempt external repairs on the starboard flap since this was the only option that could enable it to continue her mission. At that time, the submarine was experiencing heavy seas and rough weather.
At around 6.55 am on August 30, when a team comprising three sailors, led by the Engineer Officer, was on the casing for defect rectification, a strong wave swept two of them and the Engineer Officer overboard. The third sailor was badly injured; Mogal immediately realised the gravity of the situation. Since the injured sailor hanging from the aft casing was required to be rescued, he himself proceeded for the job. 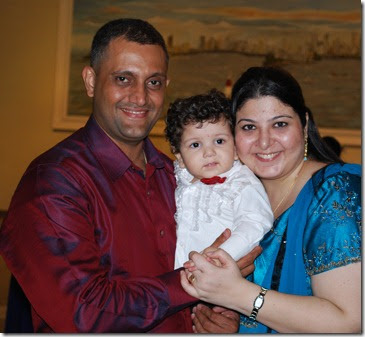 On reaching him, Mogal realised that the sailor was completely immobilized due to his leg injury. Displaying an unparalleled feat of heroism and fearlessness and with complete disregard for personal safety, the officer carried the sailor from aft casing to the bridge. Only a man of his strength and fortitude could have thought of even attempting such a task in the prevailing weather condition. He fought the nature in her elements and braved strong waves, heavy rainfall and severe rolling/ pitching that threatened to wash him and the injured sailor overboard. After about 20 minutes of frightening struggle, the officer reached the ladder on the fin that had to be climbed for handing over the injured sailor to bridge. The waves were such that even this ladder was getting submerged.
However, Mogal was not the one to give up. Once again a seemingly impossible task of climbing a narrow ladder with no strong foothold and a man on his shoulder was demonstrated by him. He handed over the injured sailor to bridge and then turned around to assist the divers in the recovery of the overboard men.
The recovery of the first casualty infused hope in the overboard men to hang on and they looked at their Executive Officer for their rescue.
Wife of Lt Commander Firdaus Darabshah (Posthumous) receiving Shaurya Chakra
The officer once again displaying an act of supreme bravery joined to assist the divers. He managed to pull overboard men close to the submarine. However, as he and the divers were assisting them to climb onboard a huge wave submerged them completely.
When the wave broke all six personnel, including the Executive Officer, were overboard.
In such circumstances, the officer maintained his cool and gathered all overboard men in one huddle. He then signalled bridge that he would get this huddle to climb onboard. Led by him, the huddle closed the submarines casing. He started helping others in the huddle to climb onboard.
He swam tirelessly and even made others stand on his shoulders so that they could climb onboard. His concern for his men in such dire circumstances was so much that he ordered all men to climb onboard before him.
Once all were onboard, the officer attempted to climb up and as he was about to reach, another unfateful wave washed him overboard.
It appeared that he had sustained head injuries due to this wave. He now seemed to be exhausted and realizing this, the Anti Submarine Warfare Officer ( ASWO) of the submarine proceeded to his rescue. Simultaneously, assistance of a Search And Rescue ( SAR) helicopter was called for from Mumbai. Lt Cdr Mogal, after saving the lives of six shipmates, seemed to be unconscious.
The ASWO held him till the SAR helicopter arrived around 30 minutes later. Lt Cdr Mogal was rescued by the copter and transferred to INHS Asvini.
However, the nations true son had succumbed to the injury and made the supreme sacrifice.
Source :bombayparsipunchayet.com  parsikhabar.net
1 comment:

In 1965, L.t. Col. Salim Galeb commanded the 3 cavalry in the Khem Karan sector. They were deployed in the Bhikhiwind Patil area to prevent an enemy attack thrust. On September 8, as enemy tanks broke through the Indian defences, L.t. Col Caleb intercepted them on the Bhikhiwind Khem Karan road and in the ensuing battle destroyed 6 tanks. The enemy was again thwarted as it moved towards the west and soon its advance was halted.
On September 10, as the Pakistani forces sought another breakthrough, the 3 cavalry deployed itself in two semi-circles prepared for any eventuality. At 3.30 p.m. a fierce tank battle commenced and accurate Indian firing destroyed 15 Patton tanks. Nine tanks were captured.
L.t. Col. Caleb received the Mahavir Chakra for leading his forces with rare anticipation and courage.

Citation:
On 10 September 1965, Lieutenant Colonel Salim Caleb was in command of a cavalry regiment, which was engaged in a tank battle with Pakistani tank near Khem Karan. Despite heavy enemy fire for long spells, he exercised his command with calmness and fortitude and inspired his officers and men to fight against the enemy fearlessly. In this action 15 enemy Patton tanks were destroyed and nine others which were in good working conditions were captured. His cool courage, leadership and foresight contributed greatly to this outstanding success. 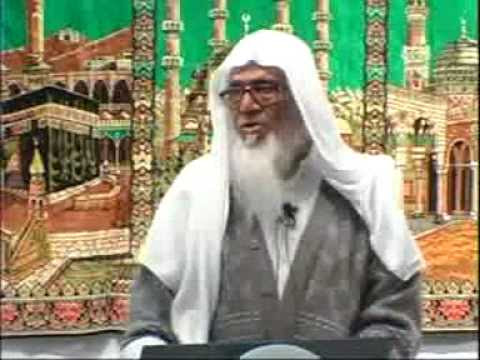 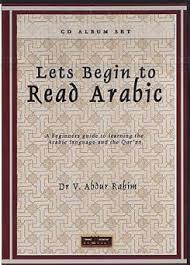 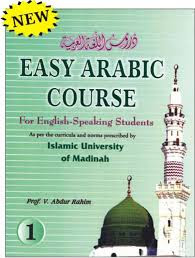 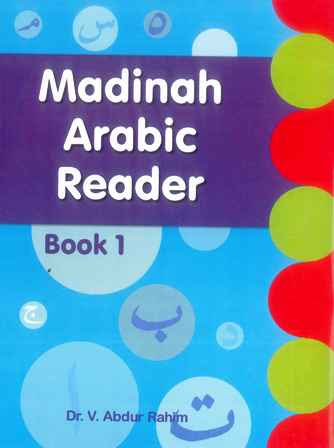