Justice M. Fathima Beevi was the first woman judge to be appointed to the Supreme Court of India (1989) and the first Muslim woman to be appointed to any higher judiciary. She is the first woman judge of a Supreme Court of a nation in India and Asia. On her retirement from the court she served as a member of the National Human Rights Commission and as Governor in Tamil Nadu (1997–2001). 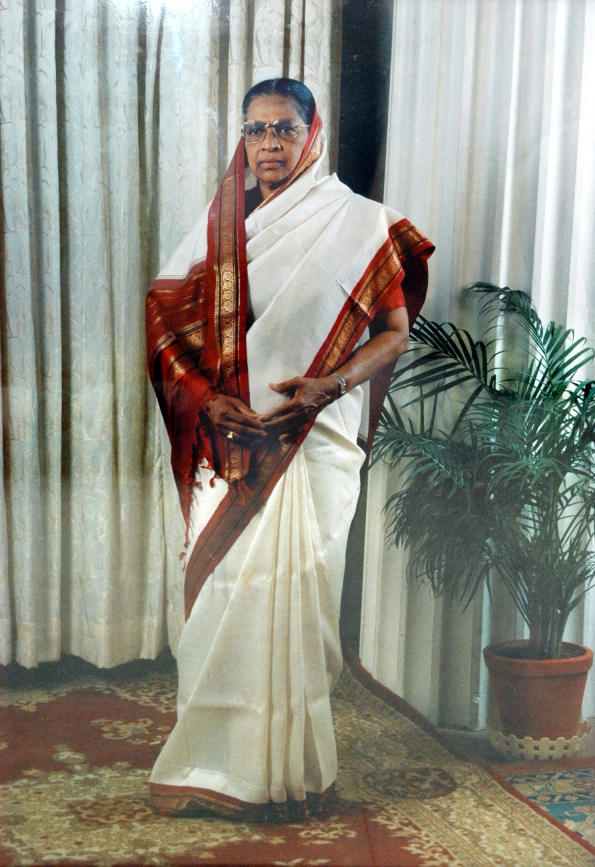 Early life
Fathima Beevi was born on 30 April 1927 at Pathanamthitta, Kerala state, India as the child of Meera Sahib and Khadeeja Bibi.

She was enrolled as Advocate on 14 November 1950. She began her career in the lower judiciary in Kerala. She was appointed as the Munsiff in the Kerala Sub-ordinate Judicial Services in May, 1958. She was promoted as the Sub-ordinate Judge in 1968 and as the Chief Judicial Magistrate in 1972, as District & Sessions Judge in 1974.
She was further appointed as the Judicial Member of the Income Tax Appellate Tribunal in January, 1980. She was then elevated to the High Court as a Judge on 4 August 1983.
She became permanent Judge of the High Court on 14 May 1984. She retired as the Judge of the High Court on 29 April 1989 but was further elevated to the Supreme Court as a Judge on 6 October 1989 where she retired on 29 April 1992.


Her appointment to the Supreme Court over several senior judges was seen as a political decision by Rajiv Gandhi following the controversy over the Muslim Women's (Protection of Rights on Divorce) Act.
She later went on to become Governor of Tamil Nadu on 25 January 1997. Appointing her as the Governor of the TN and Justice S S Kang, formerly chief justice of Jammu and Kashmir high court, as Governor of Kerala, then President of India, Shankar Dayal Sharma said "Their experience of and insights into the working of the Constitution and the laws comprise valuable assets."

As the Governor of the state, she rejected the mercy petitions filed by the four condemned prisoners in the Rajiv Gandhi assassination case.The prisoners had sent the mercy petitions to the Governor, pleading her to exercise her power under Article 161 of the Constitution (the Governor's power to grant pardon).
She was embroiled in controversy when she gave a clean chit to the law and order situation in Tamil Nadu that prompted the ire of the Central government. Union Minister for Law, Arun Jaitley asked for her resignation. Later she left her office as Governor of the state under controversial circumstances of her accepting of Jayalalithaa's of assembly majority after the elections and over the arrest of Karunanidhi, who pitched for her appointment four years ago. Jayalalitha defended the state Governor Justice Fathima M Beevi's decision to invite her to form the government saying that the Governor's decision could not be questioned. She said that "She is a former supreme court judge. She herself is a legal expert. None need to teach her about law or the constitution. Her decision is not justiciable." Jayalalitha's party had received the simple majority (131 seats out of total 234 seats in the Tamilnadu Assembly) after elections in May 2001.Fathima Beevi, the then Governor of Tamilnadu administered the oath of office to J Jayalalitha as the Chief Minister of Tamilnadu on 14 May 2001 in spite of the fact that Jayalalitha can not contest the election and would not be able to get herself elected by the people to the assembly within six months as per the constitution. There were a few Public Interest Litigation (PIL) petitions filed in the Supreme Court questioning the validity of her appointment as the Chief Minister of Tamilnadu. Fathima Beevi justified her decision by saying that the majority party in the state assembly had elected Jayalalitha as their leader.
Fathima Beevi submitted her resignation after the Union Cabinet decided to recommend to the President to recall the Governor for having failed to discharge her constitutional obligation. The Centre was peeved with Ms Fathima Beevi for not having furnished an independent and objective assessment of the sequence of events after the arrest of the former Chief Minister, M. Karunanidhi, and the two Union Ministers, Murasoli Maran and T. R. Baalu. The Centre had accused her of toeing the official line verbatim. The then Andhra Pradesh Governor, Dr C. Rangarajan, took charge as the acting Governor of Tamil Nadu, following her resignation.

She was given a warm send off at the Meenambakkam airport when she flew by a special State Government- owned aircraft to Thiruvananthapuram after resignation as the Governor of Tamil Nadu. The Chief Minister, Jayalalithaa and her Cabinet colleagues presented her shawls and flower bouquets.In an informal chat with presspersons, Ms. Beevi said, " You should pray for the welfare of the Tamilians and the people of Tamil Nadu ". She also thanked the people of the State for their cooperation. Later Supreme Court of India quashed her appointment of Jayalalithaa as Chief Minister of Tamil Nadu. Referring to the case, the Court Bench ruled that "The Governor cannot, in the exercise of his/her discretion or otherwise, do anything that is contrary to the Constitution and the laws. Therefore, the Governor, having due regard to the Constitution and the laws, must decline to exercise the discretion in appointing as Chief Minister a non-member who was not qualified to become a member of the legislature."

As the Governor of the state she had also served as the Chancellor of Madras University. It was reported by university sources that the Vice-Chancellor,P.T. Manoharan, had decided to quit his office in the wake of the Chancellor allegedly withholding her approval to the Syndicate’s decision to establish a new department for contemporary Tamil literature. She had also served as the Chairman of Kerala Commission for Backward Classes(1993) and member of National Human Rights Commission ( 1993). She received Hon. D Litt and Mahila Shiromani Award in 1990. She was also awarded Bharat Jyoti Award.
The left parties also discussed the nomination of the prospects of Fathima Beevi as the President of India, during which the NDA Government proposed the name of Dr. A P J Abdul Kalam.
She currently resides at her ancestral house in Pathanamthitta, Kerala.