Amjad Ali Khan (Hindi: अमजद अली ख़ान; IAST: Amjad Alī Khān) (born 9 October 1945) is an Indian classical musician who plays the sarod. Khan was born into a musical family and has performed internationally since the 1960s. He was awarded India's second highest civilian honor, the Padma Vibhushan, in 2001. 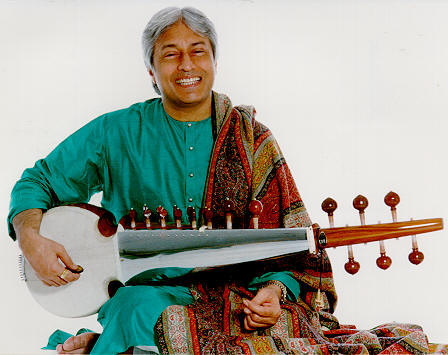 Khan was born in Gwalior on 9 October 1945 as Masoom Ali Khan, the youngest of six children, to Gwalior court musician Hafiz Ali Khan and Rahat Jahan. His family is part of the Bangash lineage and Khan is in the sixth generation of musicians; his family claims to have invented the sarod. His personal name was changed by a sadhu to Amjad. Khan received homeschooling and studied music under his father. His family moved frequently and Khan performed on the sarod from a young age.
Khan first performed in the United States in 1963 and continued into the 2000s, with his sons. He has experimented with modifications to his instrument throughout his career. Khan played with the Hong Kong Philharmonic Orchestra and worked as a visiting professor at the University of New Mexico.

Khan was awarded the Sangeet Natak Akademi Award in 1989, and received the Padma Shri in 1975, the Padma Bhushan in 1991, and the Padma Vibhushan in 2001. He was awarded the Fukuoka Asian Culture Prize in 2004. The U.S. state Massachusetts proclaimed April 20 as Amjad Ali Khan Day in 1984. Khan was made an honorary citizen of Houston, Texas, and Nashville, Tennessee, in 1997, and of Tulsa, Oklahoma, in 2007. 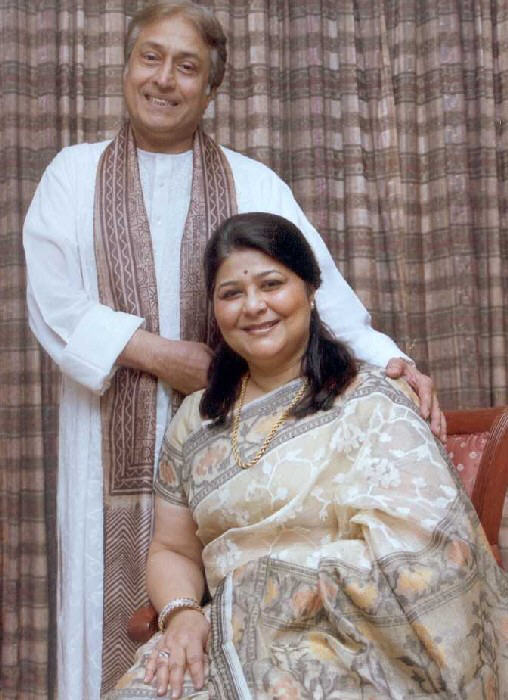 
Khan cared for his diabetic father until he died in 1972. His family arranged a marriage, which failed, and Khan was married a second time, to Bharatanatyam dancer Subhalakshmi, on September 25, 1976. Subhalakshmi Barua Khan is a native of Assam and has stopped performing. They have two sons, Amaan, the older one, and Ayaan, who were taught music by their father. Khan is a Muslim and his wife is a Hindu. Their family home in Gwalior was made into a musical center and they live in New Delhi.