Maqbool Fida Husain (Hindi: मक़बूल फ़िदा हुसैन, 17 September 1915 – 9 June 2011) commonly known as MF, was an eminent Indian painter. According to Forbes magazine, he has been regarded as the "Picasso of India".
Husain was associated with Indian modernism in the 1940s. After a long career, in 1996, when Husain was 81 years old, controversy arose over paintings originally created in the 1970s which were interpreted by some as being anti-Hindu. After legal cases and death threats in his home country, he was on a self imposed exile from 2006. In January 2010, he was offered the citizenship of Qatar, which he accepted. He died in London in June 2011.

Born on September 17, 1915 in Pandharpur in Maharashtra, Husain was mainly a self-taught artist. He made ends meet in his initial days by painting cinema hoardings in Mumbai, paid barely four or six annas per square foot. As soon as he earned a little bit he used to take off for Surat, Baroda and Ahmedabad to paint landscapes. Husain tried other jobs and one of the best paying was a toy factory where he designed and built toys. 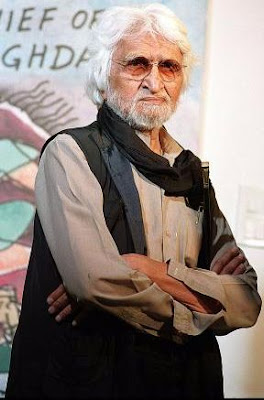 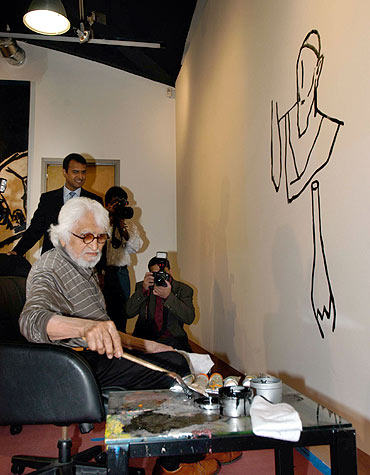 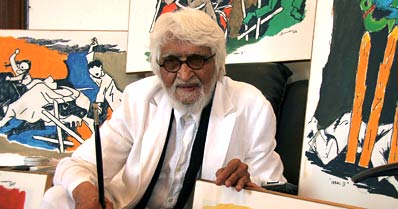 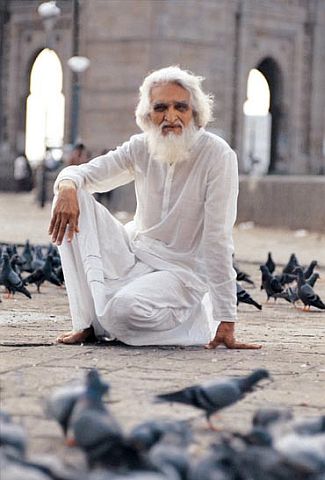 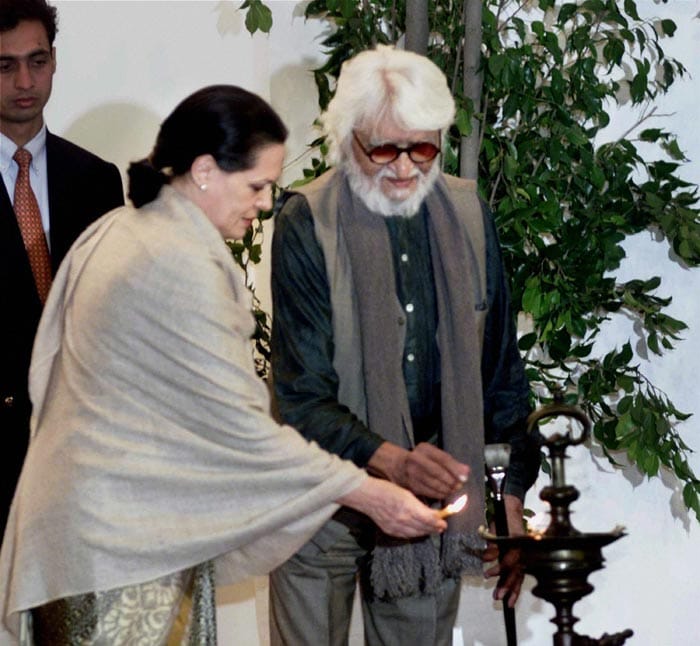 MF Husain with his daughter Raeesa and the Charugundlas Information and broadcasting minister (left) congratulates artist and painter M F Husain on winning the Golden Bear award for his short film 'Through the Eyes of a Painter', at a function in Bombay 1940–1965
Husain first became well-known as an artist in the late 1940s. In 1947, he joined the Progressive Artists' Group, founded by Francis Newton Souza. This was a clique of young artists who wished to break with the nationalist traditions established by the Bengal school of art and to encourage an Indian avant-garde, engaged at an international level. In 1952, his first solo exhibition was held at Zürich and over the next few years, his work was widely seen in Europe and the US In 1955, he was awarded the prestigious Padma Shri award by the Government of India.

In 1967, he made his first film, Through the Eyes of a Painter. It was shown at the Berlin Film Festival and won a Golden Bear.
M. F. Husain was a special invitee along with Pablo Picasso at the Sao Paulo Biennial in 1971. He has been awarded the Padma Bhushan in 1973 and was nominated to the Rajya Sabha in 1986. He was awarded the Padma Vibhushan in 1991.

Husain went on to become the highest paid painter in India. His single canvases have fetched up to $2 million at a recent Christie's auction.
He has also worked (produced & directed) on few movies, including Gaja Gamini (with his mu Madhuri Dixit who was the subject of a series of his paintings which he signed Fida). The film was intended as a tribute to Ms. Dixit herself. In this film she can be seen portraying various forms and manifestations of womanhood including the muse of Kalidasa, the Mona Lisa, a rebel, and musical euphoria. He went on to make Meenaxi: A Tale of Three Cities (with Tabu). His autobiography is being made into a movie tentatively titled The Making of the Painter, starring Shreyas Talpade as the young Husain.
The Peabody Essex Museum (PEM) (USA, Massachusetts) showed a solo exhibition from 4 November 2006 to 3 June 2007. It exhibited Husain’s paintings inspired by the Hindu epic, Mahabharata.
At the age of 92 Husain was to be given the prestigious Raja Ravi Varma award by the government of Kerala. The announcement led to controversy in Kerala and some cultural organisations campaigned against the granting of the award and petitioned the Kerala courts. Sabarimala spokesperson, Rahul Easwar, went to Kerala High Court and it granted an interim order to stay the granting of the award until the petition had been disposed of.
In early 2008, Husain's Battle of Ganga and Jamuna: Mahabharata 12, a large diptych, from the Hindu epic, fetched $1.6 million, setting a world record at Christie's South Asian Modern and Contemporary Art sale.
His name was included in the list of the 500 Most Influential Muslims in the World, issued by the Royal Islamic Strategic Studies Center in Amman, Jordan.
Synonymous with contemporary Indian art, the painter was described as the 'Pablo Picasso' of India by Forbes magazine.
For the last years of his life he lived in Dubai and London, staying away from India, but expressing a strong desire to return, despite fears of arrest.

Portrayal of Hindu deities in nude

In the 1990s some of Husain's works became controversial because of their portrayal of Hindu deities in the nude or in an allegedly sexual manner. The paintings in question were created in 1970, but did not become an issue until 1996, when they were printed in Vichar Mimansa, a Hindi monthly magazine, which published them in an article headlined "M.F. Husain: A Painter or Butcher". In response, eight criminal complaints were filed against Husain. In 2004, Delhi High Court dismissed these complaints of "promoting enmity between different groups ... by painting Hindu goddesses – Durga and Sarswati, that was later compromised by Hindus."
In 1998 Husain's house was attacked by Hindu groups like Bajrang Dal and art works were vandalised. The leadership of Shiv Sena endorsed the attack. Twenty-six Bajrang Dal activists were arrested by the police. Protests against Husain also led to the closure of an exhibition in London, England.
In February 2006, Husain was charged with hurting sentiments of people because of his nude portraits of Hindu gods and goddesses. 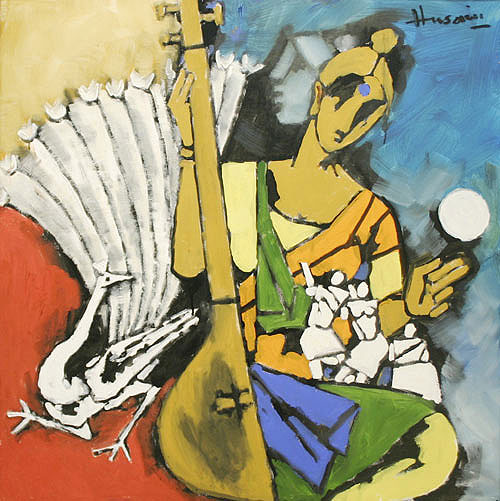 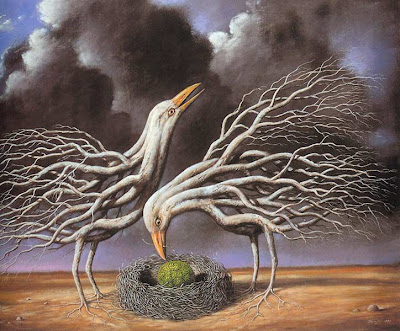 In the 6 February 2006 issue, India Today, a national English weekly published an advertisement titled "Art For Mission Kashmir". This advertisement contains a painting of Bharatmata (Mother India) as a nude woman posed across a map of India with the names of Indian States on various parts of her body. The exhibition was organised by Nafisa Ali of Action India (NGO) and Apparao Art Gallery.Organizations like Hindu Jagruti Samiti and Vishva Hindu Parishad (VHP) have protested persistently against Husain displaying the painting on the websites and even in exhibitions in north Europe. As a result, on 7 February 2006 Husain apologised and promised to withdraw the painting from an auction. The painting later appeared on Husain's official website.


Meenaxi: A Tale of Three Cities

Husain's film Meenaxi: A Tale of Three Cities was pulled out of cinemas a day after some Muslim organisations raised objections to one of the songs in it. The All-India Ulema Council complained that the Qawwali song Noor-un-Ala-Noor was blasphemous. It argued that the song contained words directly taken from the Quran. The council was supported by Muslim organisations like the Milli Council, All-India Muslim Council, Raza Academy, Jamiat-ul-Ulema-e-Hind and Jamat-e-Islami. Husain's son stated that the words were a phrase referring to divine beauty that were being sung by the central character played by Tabu. He said there was no intention to offend. Following the wave of protests the enraged artist withdrew his movie from cinemas. The film was well received by the critics, however, and went on to win various awards.

A series of cases were brought against him and a court case related to the alleged obscene depiction of Hindu goddesses in his paintings resulted in issuing a non-bailable warrant against Husain after he failed to respond to summons. There were also reportedly death threats.
Husain, who left the country stating that "matters are so legally complicated that I have been advised not to return home", had living abroad self-exile since 2006. He had expressed a strong desire to come back, despite fears that he may be arrested in connection with the cases against him. A recent Supreme Court order has suspended an arrest warrant for Husain. In absence of dual citizenship, Union Home Secretary, GK Pillai, said that MF Husain was free to come back and would be provided security if he asked for.
Qatari nationality was conferred upon him at the instance of the modernizing emirate’s ruling family and had been living in Dubai, spending his summers in London. He traveled freely except to India. His work in Qatar was mostly towards two large projects, the history of Indian civilisation and the history of Arab civilization, the latter was commissioned by Qatar’s powerful first lady – Sheikha Mozah bint Nasser al Missned, wife of the emirate’s ruler, Sheikh Hamad bin Khalifa Al Thani. The works will be housed in a separate museum in Doha.

The artistic community was supportive as well as critical. Krishan Khanna, one of Husain's contemporaries, stated that "It's not just Husain's but the entire artist community's lives which are at stake. Anybody and everybody can file a case against us now. Anyone can infringe upon our lives". Others who have expressed anger at the "vicious campaigns" against Husain, include filmmaker Saeed Mirza, social activist Nafisa Ali, theatre personality M. K. Raina and a host of other artistes, art critics and art gallery owners. Salil Tripathi, writing in the International Herald Tribune, notes that Hindu goddesses have regularly been portrayed in the nude by Hindu artists. Tripathi asserts that,

Other Indian artists expressed criticism. Satish Gujral went on record to ask Husain whether he will be bold enough to treat icons of Islam in the same manner. However Gujral says he deeply regrets the way Husain was treated and forced into an exile because of what he terms "the mob culture". According to a senior Hindu artist and former President, Bombay Art Society, Gopal Adivrekar,

In response to the controversy, Husain's admirers petitioned the government to grant Husain the Bharat Ratna, India's highest award. According to Shashi Tharoor, who supported the petition, it praised Husain because his "life and work are beginning to serve as an allegory for the changing modalities of the secular in modern India – and the challenges that the narrative of the nation holds for many of us. This is the opportune and crucial time to honour him for his dedication and courage to the cultural renaissance of his beloved country."
On his part Husain stated that Hindu leaders have not spoken a word against his paintings, and they should have been the first ones to have raised their voice.
Shiv Sena chief Bal Thackeray said

M F Husain died aged 95 on 9 June 2011 after being unwell for several months. He died at the Royal Brompton Hospital in London, and is due to be buried in the city on 10 June 2011. India's Prime Minister, Manmohan Singh said his death was a "national loss", and India's President Pratibha Patil said his death "left a void in the world of art." The actress Shabana Azmi called him an " iconoclastic painter, a wonderful human being and a very good friend". Talking about his self-imposed exile and death outside of India painter Akbar Padamsee said that it was a "pity that a painter as important as Husain had to die outside his own country because of a crowd of miscreants"