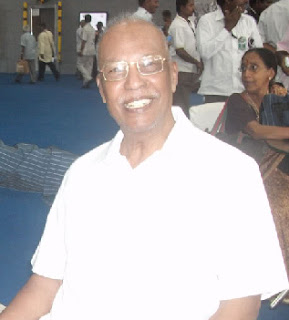 
Born in 1937 at Dindigul in an agricultural family, Mustafa was genetically oriented towards Tamil Study and Literature. The names Thenmozhi, Annal and Chemmal given to his wards is a sample for his craziness to Tamil Study. He is the glossarist of Technical Tamil, the repository of knowledge, a man of sterling character. Only Tamil became an obsession for him.
He was the editor of the Unesco Courier Tamil Edition for more than 35 years, the longest service ever an individual held. He was the senior most editor of such a 30 language edition circulated world over. Due to his strenuous efforts, the circulation of this magazine could reach a landmark achievement of 5 lakh bringing it to the 4th place. Had he not been there , it is certain that it could not have got to that much. In recognition of his outstanding contribution for the development of it, the governing body of Uneseo Courier felicitated him, the only person rewarded in its history.

He is the “Karpaga Vriksha” in Technical Tamil Literature. He is the soucse of inspiration for the general youth and Tamil aspirants in particular and torchbear of people and community amity. It is hard to fathom how he could coin with more than 5 lakh technical terms in Tamil in his venture. Where else in the Tamil field can we find a person of having this much of achievement.

Manavai Musthafa, a very famous tamil muslim writer and he sacrifies his fulltime service for the last 40 years for the improvement of Scientific Tamil. He is the author of several books related classical Tamil, Technology, Medicine and computer Tamil. He published 8 dictionaris related scientific Tamil and also found " Scientific Tamil Trust ".
In 31st March 2010, Chief Minister of Tamil Nadu Kaligner M.Karunaniti nationalised Dr. Manavai Musthafa's all publications and give Rs.10 Lakhs for componsation.
The highlight contribute of  Dr. Manvai musthafa is " Encyclopedia Brittanica Tamil Edition "
He works as Editor in UNESCO COURIER TAMIL MONTHLY from 1984 till the publication stopped.
The following words from Tamil Nadu CM Kalaigner M Karunaniti at the time of his presidential address speach in " World Tamil Classical Tamil Conference " at Coimbatore.
The 1970s again saw a champion of the cause in Manavai Mustafa, who was then Editor, UNESCO Courier (Tamil), but he did not have much organisational backing. Since 1975 he has been writing consistently in newspapers and magazines pressing the demand. Mustafa, who is now the Editor of Encyclopaedia Britannica-Tamil, told Frontline that he had the first opportunity to take the issue to a different plane when he addressed one of the sessions of the World Tamil Conference in Madurai in 1980. Chief Minister M.G. Ramachandran, who was present, asked him to send a petition detailing how Tamil qualified to claim the status.
Mustafa said it took him two years to collect the necessary data, which included the features a language should have to qualify for classical status. For this, he looked for the features that were common in the existing classical languages, with the help of experts in those languages. He presented a petition to the Chief Minister in 1982, but no action was taken. Years later, he said, he learnt that the petition was rejected by a top government official on the grounds that if Tamil was given the status on a par with Latin, Greek and Sanskrit, which are no more spoken languages, Tamil would also be considered a `dead' language. Yet, Mustafa continued to champion the cause at all available fora. 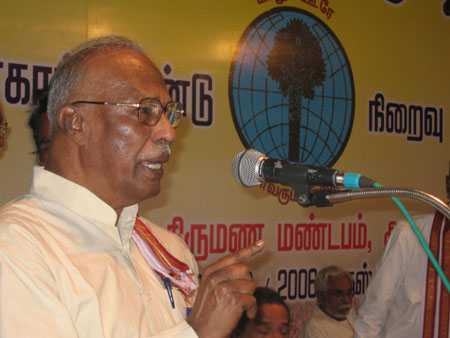 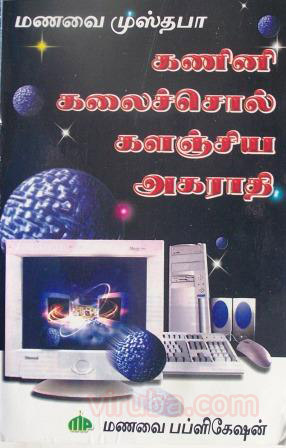 Manavai Mustafa is a venerable name in Tamil Cultural Society all over the world. He is one among a few who has incessantly been talking about Tamil to be recognised as a classical language. He is the treasure trove of information on Tamil Study which helped in getting Tamil as the classical language. His tryst and penchant with Tamil Study began when he was studying in college. When a few scholars challanged in a function held at a college where he was a student then if Tamil could generate technical and scientific terms like English, he furiously got up and retaliate it as the revenge with aplomb and thus began his saga as Tamil Scholar.

He is an embodiment of secularism, an erudite scholar, and epitome of simplicity. His enthusiasm in reading, writing is incomparable. His books talk of values, which are eternal. He does not allow his fames to cloud his mind. Though he was hovering a good relation dispassionately in the political scenario and could earn a name with Puratchi Thalaiwar and Kalaignar, not once did he ask them or anybody to give him any favour.

It is amazing to see that he does not draw any word or phrase from either English or any other language while chating about though he is well versed in English and Malayalam. Three students have got Ph.D degree sofar studying about this resource person who is adorned with ..Seva Ratna award from former President of India Dr. Shankar Dayal Sharma, Kalaimamani award from MGR, Thiru.Vi.Ka award from Kalaignar, Raja Sir Muthiah Chettiyar award from Annamalai Trust and … participant of three World Tamil Conference held in Chennai 1968, Madurai 1982 and Kaulalumpur 1987.. associate with Southern Language Book Trust.. member of Televivion Regional Advisory Committee and Regional Advisory Committee for the scientific programmes of All India Radio in Tamilnadu and Pondicherry..Honarary Presidency Magistrate and Justice of Peace a long years ago.. Joint Secretary of the Indian unit of International Association of Tamil Research and …smitted with many titles.. Tamil Thoothuvar, Valar Tamil Chelvar, Arivial Tamil Sirpi, Arivial Tamil Vithakar, Puhazh Pootha Thamizhar etc.
Kanchi Shankara Madam held a felicitation in deference to his unique contribution and service in spreading the greatness and richness of Tamil Language, Tamil Culture and Art all over the world. He is the only non-Hindu getting such a privilege in the Kanchi Diaspora. Sri Lankan newspaper ‘Dinakural’ has given a wide coverage about him for three weeks continuously and a publisher Ingaranesan in his ‘Ver Mugangal’ has appreciated him quoting his involvement and devotion for the progress and development of Tamil Study.

For the last 40 years, he is giving speeches in All India Radio. A video film taken by the Union Government running for 7 hours about him on ‘Rare Personality of India’ under ‘Life Achivement’ is kept in Delhi Arcade.His book ‘Arivial Tamil’ is currently a prose in school education.