Zafarul Islam Khan is an Indian Muslim author and journalist based in New Delhi. He is currently editor and publisher of The Milli Gazette fortnightly focusing on issues concerning the Muslim community, which is a minorty in India. He is also the founder and chairman of Charity Alliance, an organisation involved in relief and welfare work in India. He is author and translator of over 40 books in Arabic, English and Urdu including Hijrah in Islam (Delhi, 1996) and Palestine Documents (New Delhi 1998). He has contributed eight articles to the Encyclopaedia of Islam (Leiden) on Indo-Muslim themes. He is a regular commentator on Islamic and South Asian issues on radio and TV channels, including Al Jazeera, Al Arabiya and BBC Arabic and his writings appear in Arabic newspapers and magazines. In December 2007, he was elected for a two year term (2008–2009)as President of the All India Muslim Majlis-e Mushawarat, the umbrella body of Muslim organisations in India.

Khan was born in Azamgarh, India, in 1948. He is the son of Maulana Wahiduddin Khan, a venerable Indian Muslim philosopher, who runs the Al Risala/Islamic Center in New Delhi. His primary education was at Madrasa-tul-Islah, a madrasah in Azamgarh, and Darul Uloom Nadwatul Ulama, Lucknow. Later he studied at Al-Azhar and Cairo University during 1966-73. He obtained his PhD in Islamic Studies from the University of Manchester in 1986.

In 1970s he worked with the Libyan Foreign Ministry as translator-editor. In the 1980s he was with the London-based Muslim Institute, running their MuslimMedia newsservice and other publications. The Muslim Institute went on to form the Muslim Parliament, an informal body of leading British Muslims. 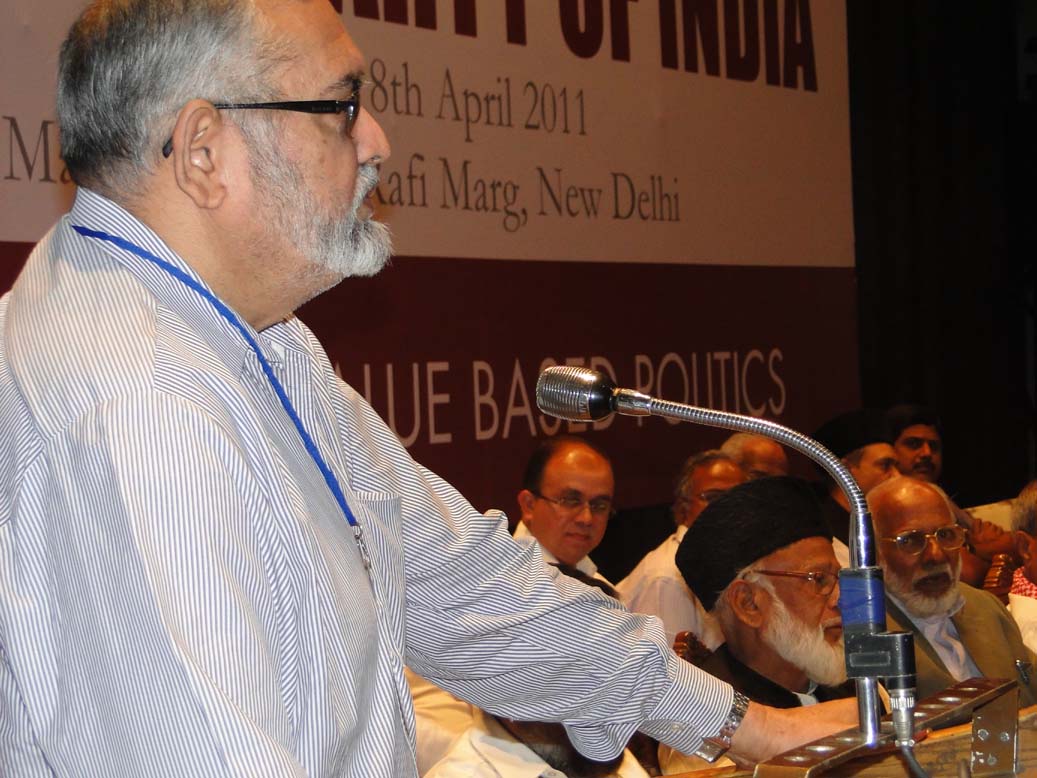 In an interview to rediff.com he claimed there is "no tangible proof of Muslims' involvement in terrorism" in India. This opinion is not in line with outcomes of court cases in India against Muslims suspected of involvement in terrorist activities with Muslims being convicted in the 1992 Mumbai blasts,2006 Mumbai train bombings and various other terrorists acts in India.