In the Planning Commission, my sectoral responsibilities include Women and Children, Health, Voluntary Action Cell (nodal agency for govt-NGO interface) and Micro, Small and Medium Enterprises. I was responsible for writing these chapters for the 11th Five Year Plan. The states of Haryana, Himachal Pradesh, Rajasthan and the UTs of Andaman & Nicobar Islands, Lakshadweep, Daman&Diu, Dadra & Nagar Haveli are also under my charge. Apart from financial allocations, schemes and policies in these areas, I was involved in the mid-term appraisal of the 10th Plan and the drafting of the 11th Five Year Plan. 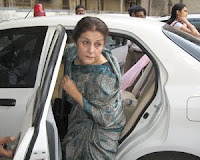