U. A. Khader is a noted Indian novelist and literary personality. He has written about fifty works in Malayalam language, which include novels, novellas, short-stories, travelogues and non-fictions. His works have been translated to various languages including English, Hindi and Kannada. 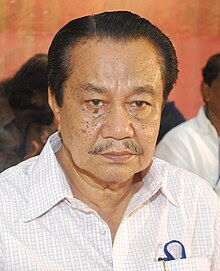 U. A. Khader was born in 1935, on the banks of river Airavati, in Billeen village, nearRangoon (Yangoon), Burma (Myanmar). His father Ussangaantakathu Moithootti Haji hailed from Koyilandy, Kerala, India while his mother Mamaidi was Burmese in origin. Mamaidi died seven days after the birth of Khader infected by small pox. However, the boy was well taken care of. On the outbreak of Second World War few years later the boy and the family were forced to flee their dwelling in Burma to safer zones. At the age of seven, Khader returned to India and grew as a Malayalee at his father's native place in Koyilandi. He had his schooling from Koyilandi High School and obtained a degree in painting from the Madras College of Arts. Khader got in touch with writers such as K. A. Kodungalloor and social figures such as C. H. Mohammed Koya during his days as a student in Madras, which happened to be a turning point in his life.It was C. H. Mohammed Koya who initiated him into the world of reading by gifting him Vaikom Muhammed Basheer's Balyakalasakhi.

Khader's first story was published in Chandrika weekly in 1953. The story, based on a real life incident in which he sold his watch and bought a dinner set as a wedding present for a friend, was published in a totally different form. He had written quite harshly about his father and step-mother when he put the story to paper. He handed over the story to C. H. Mohammed Koya who published it inChandrika, but in a totally different form. His message to Khader was that story writing was not about writing ill of others. Sooner or later a lot of his stories began to be published in almost all major literary magazines in Malayalam. He shot to fame after writingThrikkottur Peruma (The Fame of Thrikkottur). He is now regarded as one of the major writers in modern Malayalam literature.
He is the current president of Purogamana Kala Sahitya Sangham, an organization of artists, writers and art and literature enthusiasts based in Kerala. His latest novel is Shathru, which released in 2011 January. In his travelogue Ormakalude Pegoda, which is being published in Madhyamam weekly from 2012 January, he describes his nostalgic experiences while he visited his hometown Yangoon after a long gap of nearly 70 years.
U. A. Khader has worked in various governmental departments: Kerala Government Health Services (from 1960), Akashavani Kozhikode (from 1967 to 1972), and Institute of Maternal and Child Health-Calicut Medical College. He retired in 1990 while working in the administration section of Government General Hospital, Calicut. In addition, he has held many major posts in various literary associations and served as the editor of many major magazines. 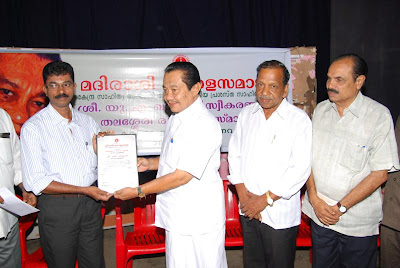 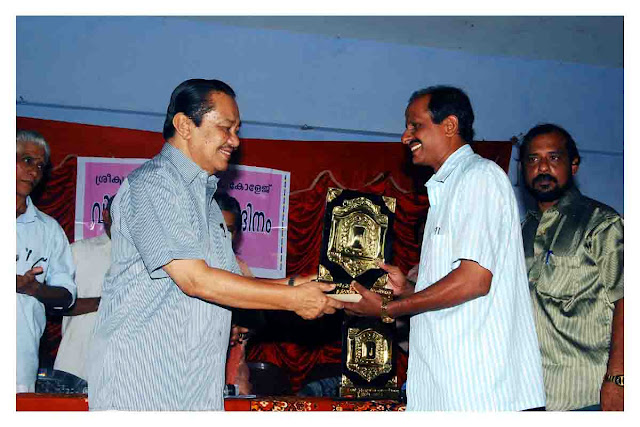