He was born on 5th December 1913 and received his early education at his home in Takia, Raibarelly, UP, India.His education was started by his mother with teaching of Holy Quran and then formal education of Arabic and Urdu was started. When he was nine years old, his father Hakim Syed Abdul Hai died(1923 AD)and the responsibility of his education then came to his mother and his elder bother Maulana Hakim Syed Abdul Ali Hasani, who was himself a medical student (after graduation from Darul Uloom Nadwatul Ulama and Darul Uloom Deoband).Later he was enrolled in Darul Ulum Nadwatul Ulama where he learnt Arabic, Urdu, English, Theology and Islamic Studies. He got his formal Arabic education under the guidance of Allama Khalil Arab in 1424 A.D. and completed his Arabic studies under him. He attended the Dars of Hadith by Allama Muhaddith Haider Husain Khan and Sahiyen-Sanana-Abudaud and Sanan-Tirmzee word by word from him. In 1927 He took admission in Lucknow university and obtained the degree of Fazil. In this period of University Education between 1927-30, He learnt English language which helped him to study English books on various Islamic topics and gain useful information directly. He visitet Lahore in 1932 to receive the teaching in the commentary (Tafseer) in selected surah from a well known Mufassir Sheikh Maulana Khalil Ahsan and studied the complete Tafseer of Al-Quran by Maulana Ahmad Ali Lahoree. in the same year he also stayed few months at Darul Uloom Deoband where he took lessons from Shiekhul Islam Mualana Husain Ahmed Madni in Sanan Trimzi and Sahih Bukhari. He also took advantage of his stay and learnt commentary and Quranic science and subjects. He also took lesson in Fiqah from Shiek Aizaz Ali and in Tajweed as per the reference of hafs from Qari Ashgahr Ali Sahib. 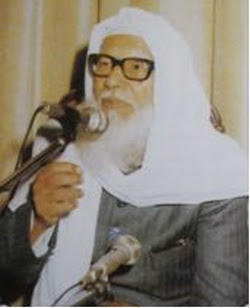 Nadwi primarily wrote in Arabic, although also in Urdu, and produced more than fifty books on such topics as history, theology, and biography. His seminar papers, articles, and recorded speeches number in the thousands.
His book Maza Khasiral Alam be Inhitat al-Muslimeen, translated into English as Islam and the World had a great impact and increased his visibility in the Arab world at a time when the influence of the British, French, Russians, and Germans was an issue of contention. 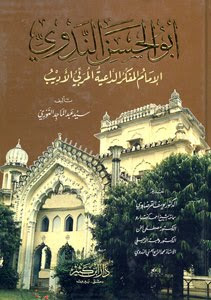 Maulana was a founder member of the Muslim World League (Rabita), a member of the Organisation of Islamic Conference (OIC), a member of the World Supreme Council of Mosques, and a member of the Fiqh Council of Rabita. He was also a member of Advisory Council of the Islamic University of Madinah al-Munawwarah, a member of its Supreme Council, and a member of the Academy of Arts and Letters of Damascus, ria. He was also a founder member of the League of the Islamic Literature in India.
This was in addition to his participation in many other activities through Islamic organizations and institutions such as the World Assembly of Muslim Youth (WAMY). In India, he was a rector of Nadwatul Ulama, and president of the Academy of Islamic Research and Publications. He was highly respected by Ulama and political leaders alike, and in 1980, he was awarded the prestigious King Faisal Award for serving Islam. He was also awarded the Sultan Hassan Bolkhaih International Prize and an 'Islamic Scholarship' plaque by Oxford university in 1999.
Wrote: "Islam and the World" (1961, 1973), English language.

Syed Abul Hasan Ali Hasani Nadwi died on 23 Ramadan, 1420 AH (Dec. 31, 1999) in Raebareli, India at the age of 86. More than 200,000 people attended his funeral and the prayer was led by his nephew and successor Mulana Muhammad Raby Nadawi. He was buried near Shah Alam-u-llah, founder of Takiah Kalan.