S. Abdul Majeed (Malayalam: വക്കം മജീദ്; December 20, 1909 – July 10, 2000) known as Vakkom Majeed, was a veteran Freedom fighter and a former member of Travancore-Cochin State Assembly. Majeed was a politician-extraordinary in the socio-political realm of Kerala in the 20th Century. A great nationalist that he was, Vakkom Majeed belonged to a tradition of politics that was intrinsically value-based, secular and humanistic.


Vakkom Majeed was born on December 20, 1909, at Vakkom village near Chirayinkil, (Thiruvananthapuram, Kerala) in a well-known Poonthran Vilakom family. Vakkom Majeed was the nephew of Vakkom Abdul Khader Moulavi, a visionary, a social reformer, an educationist, a prolific writer, a fearless journalist. He did his primary education at St. Joseph High School, Anjengo. He was married to Suleha Beevi, the niece of Vakkom Moulavi. They had two daughters, Fathima and Shameema. 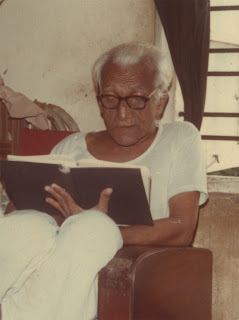 He was attracted to the social reform movement of his uncle, Vakkom Moulavi, as well as Narayana Guru. He came to politics in his early school days. When the Indian National Movement emerged in Kerala, Vakkom Majeed was in the forefront of its leadership. He was one of the early architects of the Indian National Congress in Travancore. As a young man, he also became greatly involved in the social reform movement. Majeed was one of the few Congress leaders in Travancore who exhibited enormous courage by participating in the Quit India movement in 1942 and got arrested. He remained in jail for several months. Subsequently, when the idea of “independent Travancore” was mooted, Majeed was a staunch opponent of it and took part in the agitation against the move. He was incarcerated again for several months.

A staunch opponent of the Two-Nation Theory and Pakistan movement, Vakkom Majeed argued that only a secular-nationalist India could keep the heart and soul of the masses together. In 1948, he was elected (unopposed) to the Travancore-Cochin State Assembly from the Attingal constituency. When the tenure of his term came to an end in 1952, he decided to eschew practical politics and took to serious reading. He was attracted to the writings of Bertrand Russell, M.N. Roy and several French writers. Majeed was opposed to doctrinaire politics and argued for secular-humanist perspective in politics and social issues. Majeed upheld the values of Liberalism and Modernism in Islam and called for the return of Ijtihad (freedom of thought) in Islamic traditions. He equally valued the thoughts of Narayana Guru and pointed to the increasing relevance of a “casteless” society.
When the INA hero Vakkom Kadir was sentenced to death by the British, Vakkom Majeed visited him in the Madras Central jail. It was Vakkom Majeed who brought Kadir’s last letter to his father before the hanging.

The last three decades of Vakkom Majeed was the decades of his intense exploration and reading (and rereading) of nationalist history, ideology and practice. In 1972, during the Silver Jubilee celebration of Indian Independence, the nation honored him by giving 'Tamrapatra' for his participation in the Indian Freedom Struggle. He received the 'Tamrapatra' from the then Prime Minister, Smt.Indira Gandhi. This great and fearless freedom fighter and nationalist breathed his last on July 10, 2000.