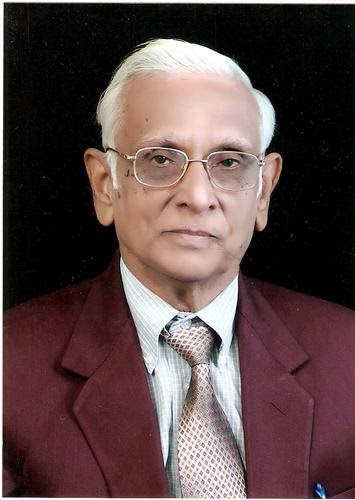 Dr. M.I.H. Farooqi (Dr. Mohammed Iqtedar Husain Farooqi) Is An Eminent Scientist Who Has Done Commendable Researches On Plant Products Of Commercial And Medicinal Value. He Retired As A Deputy Director (Scientist F ), National Botanical Research Institute, Lucknow, A Premier Institute Of India Dealing In Plant Sciences. Dr. Farooqi Was The Head Of Plant Chemistry Division Of The Institute. Under Different Projects, Financed By Indian And International Agencies, He Chemically Screened More Than A Thousand Plant Species. He Has Published More Than Hundred Papers On Various Plant Products In Scientific Journals Of Inida And Abroad. He Has Also Published Several Books And More Than Hundred Popural Articles In Arabic, Urdu, Hindi And English, Mostly Dealing With Scientific Subjects. His Books Plants Of Quran And Medicinal Plants In The Traditions Of Prophet Muhammad Have Been Reviewed Extensively In India And Abroad. Several Islamic Scholars All Over The World Have Commended Dr. Farooqi For His Contribution In The Field Of Islamic Studies. Many Prominent Scientists Of India And Abroad Also Acclaimed The Works Of Dr. Farooqi As The Outstanding Towards Scripture Botany.

Based On Quranic And Prophetic Plants, Unesco Has Approved An Important Project For The Establishment Of Quranic Botanical Gardens In Islamic Countries In General And Middle East In Particular.


Ruler of Oman,  Sultan Qaboos bin Said has honoured Dr. M.I.H.Farooqi, with an award of US$ 25,000 (Rs 12 lakh)  in appreciation of  his books Plants of the Quran and Medicinal plants in the Traditions of Prophet Mohammad.

Both the books contain scientific descriptions of plants mentioned in the Qur’an and Sunnah. Dr. Farooqi is a well-known Lucknow-based plant chemist with more than 125 research papers to his credit, published in Indian and foreign journals. He is also the author of several books and more than hundred articles in English, Hindi and Urdu on science subjects of common interest like environment, modern technology, medicinal plants, economic plants, Islamic science and Prophetic Medicine.
Plants of the Quran has been translated and published in several languages including Hindi, Urdu, Persian, Kannada, Malayalam and Indonesian languages. Based on Quranic and Prophetic Plants, UNESCO has approved Multimillion Dollars Project of Quranic Botanical Gardens in the Gulf countries. Works on the establishment of such gardens in Sharjah and Qatar have already started 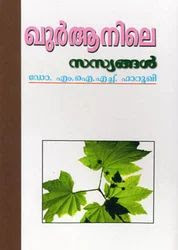 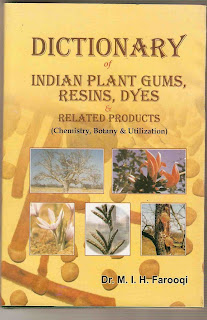 Book Summary of Plants Of The Quran

Plant Of Quran Is A Purely Scientific Treatise In Which All The Plants And Plant Products Mentioned In The Holy Quran Have Been Described With Respect To Their Botanical Identification, Chemical Composition, Medicinal Properties And Uses. Identification And Description Of Sidrah, Kafur, Zaqqum And Mann (Manna) Throw New Light Not Only On The Plants But Also The Events Associated With Them.

Scholars All Over The World Have Acclaimed Plants Of Quran As The First Authentic Work On The Subject. Renowned Islamic Thinker Syed Abul Hasan Ali Nadvi, Rector, Nadva Islamic University Has Commented In His Preface Of The Book That “ The Observations And Identifications Of Certain Plants, Particularly With Respect Of Sidrah And Kafur, Unravel Several Knots And Are Of Immense Help In Removing Many Confusions. Internationally Known Botanist Dr. S.K. Jain, Former Director, Botanical Survey Of India Has Recorded In His Introduction Of The Book That ’ It Is An Important Addition Of Scripture Botany’. In The Opinion Of The Eminent Islamic Scholar, Dr. M.A. Yamani, Chairman, Iqra Foundation, Saudi Arabia, Plants Of Quran Has Filled A Gap That Had Too In Most Perfect Way Plants Quran Has Been Already Translated In Several Indian And Foreign Languages.