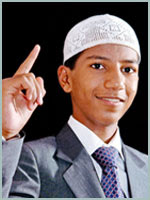 
Home was his 1st school where he received his Islamic training and his parents his 1st teachers. Born on the 10th July 1994, Fariq has an excellent memory. He is able to absorb Arabic, the language of the Qur’an easily and converse fluently. 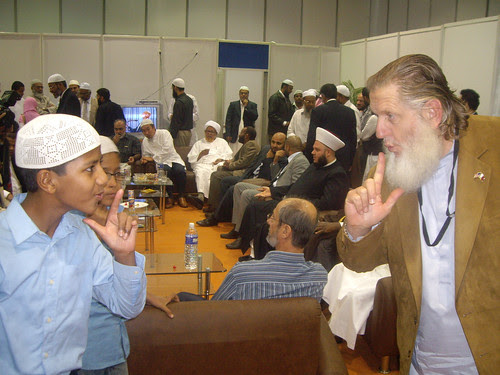 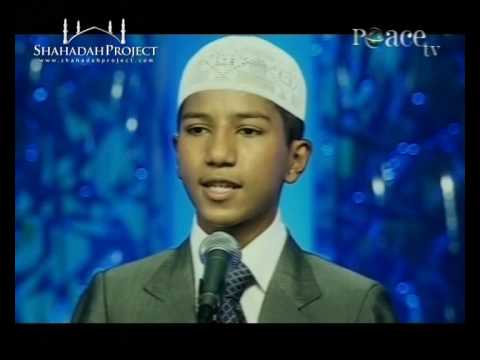 The complete memorization of the Glorious Qur’an is one of his achievements, along with regular Academics at the tender age of 13.

He is, one of the 15 IIS students, IIS Huffaz in the age group of 11 to 13 years, who have not only memorized the Qur’an but also understand its language.

In my knowledge I do not know of any child below the age of 14 in India who has memorized the complete Qur’an and understands what he has memorized.

Fariq is also a product of the unique and unconvential method of Memorising the Qur’an without compromising on any part of Academics, sports or extra curricular activity and spending one hour a day – five days a week – Nine months a year. The students of Hifz are supposed to complete the Hifz in a span of 5 years from IV to VIII Std but Fariq Al Hamdulillah memorised the Qur’an in 3 ½ years at the age of 13.

Unfortunately, Qur’an remains memorized in the hearts of thousands of Huffaz – UNCOMPREHENDED! Hence generations are devoid of its meaning and mercy! Imagine if all the Huffaz in India understood the Qur’an and implemented it, what a ‘positive transformation’ we could have!

Since a very young age of 8, while on Dawah trips with his father, Fariq started giving short talks in English and Arabic as well as recited the Qur’an in front of large audiences of thousands in Chennai, Kashmir, Poona, Dubai, Italy, Trinidad and other cities of the world. He also had the privilege of addressing more than 50,000 people in Srinagar in 2003 at age 9 and a larger audience in Hyderabad in 2006 at the age of 12.

His hobbies include traveling and exploring the beautiful creations of Allah. Besides visiting several cities in India, he has traveled to South Africa, USA, UK, France, Germany, Switzerland, Holland, Belgium, Italy, Spain, Trinidad and Tobago in South America, Dubai and several trips to the Holy cities of Mecca and Medina in Saudi Arabia.