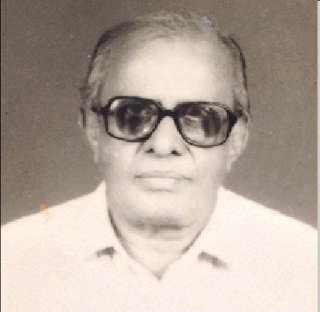 He had excelled in line-drawing and there was a great demand for his work, but he abruptly chose to quit the profession and plunge into screen printing, which in 1970 was a fledgling technology in India and made a success of it too. 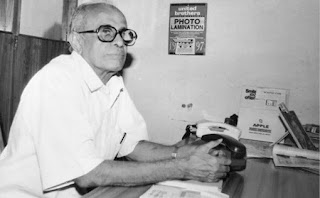 But he didn’t stop there, he ventured into photo lamination, again with gratifying results. In fact, he could be said to have pioneered the technology in the country. The flourishing Chennai-based United Lamination and Packaging Company is a monument to his innovative enterprise.
He, however, will always be remembered as an illustrator par excellence for those much cherished stories depicting the life and times of freedom fighters by S.A. Rahim, himself a noted participant in the struggle. “Razack followed a unique style of his own and his line drawings are amazing. The drawings invariably focused on a subject from a long shot, avoiding close-up shots. Still they were etched in minute detail,” said artist Maniam Selvan, son of late Maniam, a contemporary of Razack in ‘Kalki’ magazine.
“Normally, an artist may not like to draw a long shot picture as it requires a lot of effort. But Razack would draw many such effortlessly,” said Selvan. A famed illustrated children’s magazine Kannan showcased Razack’s talents. Mr. Selvan said Razack used to familiarize himself with the latest trends abroad by poring over foreign magazines like Life and his drawings were indeed the better for such relentless quest.

He had little time for conventions too. “At a time when many artists were reluctant to work for ‘Murasoli,’ the official organ of the DMK, he agreed to draw for the Pongal issue of the paper once,” recalled his son R.H. Kabir. He took up screen printing when he was the most sought after artist working for popular Tamil magazines such as ‘Kalaimagal,’ ‘Kumudham,’ ‘Swedesamitran,’ ‘Dinamani Kathir.’ He even wrote a book on screen printing and conducted classes for beginners.