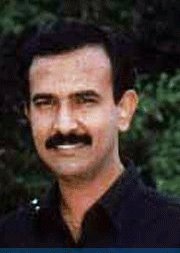 Irfan was a political cartoonist working with 'Outlook' magazine. He was grandson of Nagpur's leading businessman - Mulla Ghulam Abbas Mohammedali. His father Mansoor Husain runs a medical shop in Nagpur. Irfan got his degree in Commercial Art from Nagpur. He came in the limelight in 1986 when he won the first prize for his caricature of V.P. Singh at the Hindustan Times cartoon contest award in Delhi.


He worked as political cartoonist with the prestigious publications like The Pioneer and Outlook. He was kidnapped and killed, his body was found on 8 March 1999.