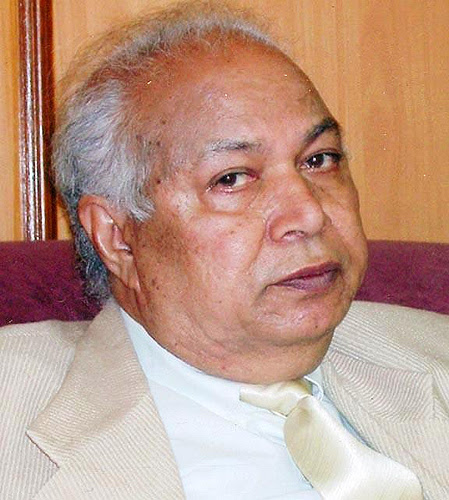 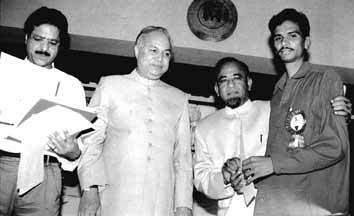 A major tragic event in the spring of 2002 devastated the family of Prof. Jairajpuri. On the eve of Eidul-Azha in the first week of March 2002, Prof. Jairajpuri’s younger brother, a well known heart specialist Dr Muhammad Salim Jairajpuri, his son Dr Yasir Salim Jairajpuri and daughter Dr. Suman Salim Jairajpuri had been brutally killed at their residence in Azamgarh by some unknown Kachha Banyan gang. Dr Salim’s wife too was beaten by iron rods, but she survived at the time but died later in the hospital. This incident has sent waves of shock for the family and community. Dr. Salim Jairajpuri was also an AMU alumnus and his children, Yasir and Suman were still students. Yasir Jairajpuri had set a record after he topped in MBBS in Aligarh Muslim University at a very young age and was pursuing higher education in London. The death of the entire family has sent waves of shock among the family, friends and people of Azamgarh and the surrounding areas.

In June, 2007 Prof. Jairajpuri has been selected for the "Shiksha Ratna Puruskar along with Certificate of Excellence" by the India International Friendship Society (IIFS), New Delhi. India international Friendship Society is a voluntary organization established to forge greater unity and integrity among the people of Indian origin living anywhere in the world. This award was conferred on July 7 at New Delhi. The award is an ultimate mark of recognition to Professor Jairajpuri for his landmark achievements in academics, research and society in India and abroad. Dr. Abu Sufyan Islahi of Department of Arabic, AMU Aligarh had compiled literary essays and articles of Prof. Jairajpuri and has published in form of a book “Mir-e-Karwaan”.
On March 12, 2009 Prof. Jairajpuri, has been appointed Chairman of the High Power Appeals Committee of the National Assessment and Accreditation Council (NAAC). The first meeting of the committee was held recently to address the grievances of the accredited Universities and institutes pertaining to their grading and other related matters. The Committee was constituted by Prof. G. Mehta, Chairman, EC, NAAC. Prof. Suranjan Das, Vice Chancellor, University of Calcutta and Prof. Rupa Shah, former Vice Chancellor, SNDT Women’s University, Mumbai are the two other members of the Appeals Committee of NAAC while Dr. Jagannath Patil, Deputy Advisor, NAAC is the Member Convener of the Committee.
On February 12, 2010, Al-Ameen Educational Society, Bangalore (Karnataka) has selected Professor M. Shamim Jairajpuri of Aligarh Muslim University for its prestigious ‘Al-Ameen All India Community Leadership Award for 2009’. This award, in recognition of his services, will serve to inspire the young generation who may emulate the services rendered by him as an example for uplift of the downtrodden Muslims. Al-Ameen Educational Society has also invited Prof. Jairajpuri to deliver a Memorial Lecture on Hazrat Tipu Sultan as a topic of his choice at the award ceremony tentatively fixed for the month of May 2010.
Professor Mohammad Shamim Jairajpuri had retired from his services from the department of Zoology, AMU Aligarh on 30thApril, 2004 but still associated with research projects of various research institute of national and international fame. He still has a laboratory in the department of Zoology in Aligarh Muslim University and conducts research. He is living in Aligarh with his wife Prof. Durdana Jairajpuri. 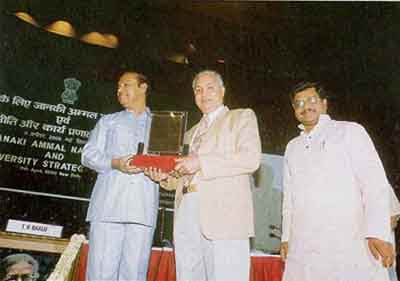 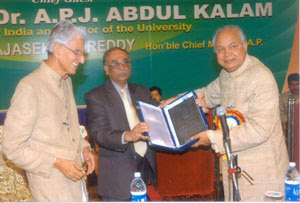 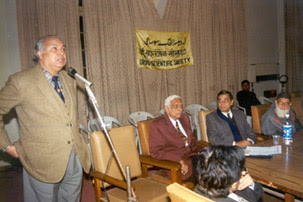 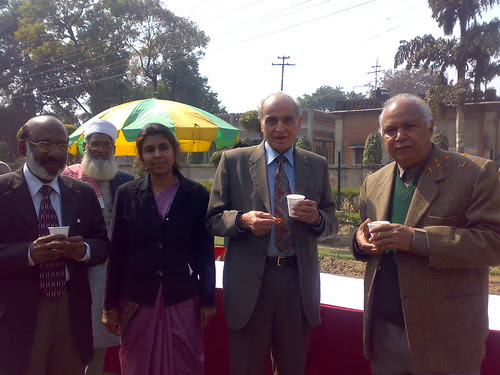