A professor of international politics and disarmament studies at Jawharlal Nehru University, Prof. Zuberi was arguably India's most perceptive academic observer of international nuclear developments. His contributions went beyond academics.
In three stints — 1990-91, 1998-99 and 2000-01 — he was a member of the National Security Advisory Board. On the last occasion he participated in the preparation of the Draft Indian Nuclear Doctrine. 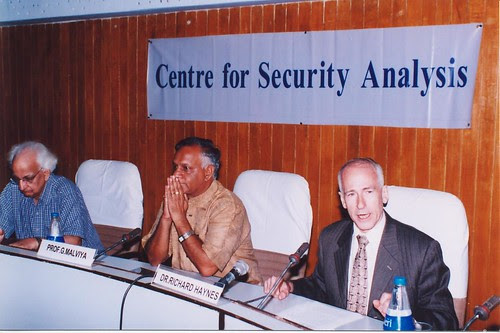 Earlier, he was a member of the Indian delegation to the United Nations Conference on Disarmament and Development.
Prof. Zuberi was born at Marehra in Etah district of Uttar Pradesh on July 15, 1930. After obtaining his Master's degree from Aligarh Muslim University, he went to St. Anthony's and Balliol colleges in the University of Oxford. On his return home, he was appointed senior fellow at the Institute of Advanced Study, Shimla. He joined JNU in 1978 and continued there till 1995.
Prof. Zuberi was also a member of the executive council of the Institute for Defence Studies and Analyses and the governing body of the Society of Indian Ocean Studies.
At the time of his death, Prof. Zuberi was working on a study, "Fateful decisions of the nuclear age." Despite his illness, he dictated a couple of paragraphs for an article on the Indo-U.S. nuclear deal.
A condolence meeting will be held at the India International Centre Auditorium here at 2 p.m. on March 22.
Source : hindu.com