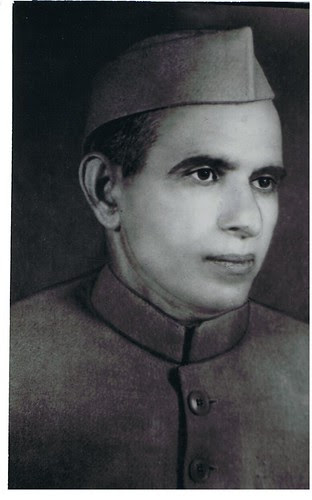 Scion of a family of religious scholars:

Dr. Muhammad Hashim Kidwai was born in 1921 in Lucknow in a family of religious scholars and civil servants. Both his father, Abdul Majeed and his grand father, Abdul Qadir were Deputy Collectors in the British India. They stood out for their piety, their integrity and their administrative acumen. On the other hand, his uncle and father-in-law, Maulana Abdul Majid Daryabadi, and his great grandfather, Mufti Mazhar Kareem won acclaim for their substantial contribution to Islamic religious scholarship.

Dr. Kidwai passed his High School from Govt. High School, Sitapur Intermediate from Christian College, Lucknow and earned his B.A. (Hons.) and M.A. and Ph.D. in Political Science from the University of Lucknow. He was awarded Ph.D. by the Aligarh Muslim University for his doctoral study on the early Islamic state.


His teaching career: He joined the Aligarh Muslim University in 1948 as Lecturer in the Dept. of Political Science and was appointed Reader in 1961. It is a great pity that while he served the AMU until 1982 with distinction, he was not elevated as Professor owing to the unhealthy and deplorable campus politics. Destiny however, had reserved higher positions for him. For, in 1984 he was elected Member of Parliament (Rajya Sabha) in recognition of his active, nay dynamic role in the Freedom Movement.


A genuine Muslim Nationalist: Since his student days he was drawn towards politics, though his father was part of the British state machinery. He joined the struggle for Independence and, did all that he could as a student activist for freeing his motherland from the yoke of the British. With the same aim he set U.P. Muslim Students Federation at the University of Lucknow. More intriguing, however, was his joining the Congress party in the heyday of Pakistan movement which had captured the imagination of Muslims even in the north India in 1940s. While swimming against the tide he strove with his heart and mind for promoting Muslim nationalism among fellow students at the University of Lucknow and in the wider community. In the then emotionally surcharged and volatile politicized atmosphere it was a seemingly suicidal, self - destructive step. However, he adhered consistently to his ideals of the united India and nationalism and put up with all the hardships in pursuing his mission. Rafi Ahmad Kidwai, Lal Bahadur Shastri, Maulana Abul Kalam Azad and Dr Syed Mahmud were his mentors during this period. He managed to organize a band of Muslim students wedded to nationalism in the university which was quite an achievement in the face of the frenzy generally evoked by Muslim League. He had close contact with Rafi Ahmad Kidwai, especially from 1940 to 1947.


A Committed Muslim Activist: Notwithstanding being a staunch nationalist, he never compromised on any issue detrimental to the Indian Muslims. Throughout his career he always championed vigorously the causes dear to the Muslims – minority character of the Aligarh Muslim University, plight of Urdu in the Independent India, harrowing carnage of Muslims in communal riots in various parts of the country, Muslim Personal Law, especially in the context of the Shah Bano case and the outrageous demolition of the historic Babri Masjid. On these issues he never toed in a servile way the official party line of the Congress party. All along he expressed and conveyed the wishes of the Muslim community, even at the expense of incurring the displeasure of certain elements within Congress. He never forgave M.C. Chagla and Noorul Hasan for being treacherous to the Muslims in stripping the AMU of its minority character. As he was an M.P. (1984-1990) during the Shah Bano case, days he played a crucial role in persuading Rajiv Gandhi, the then Prime Minister, to ensure that the new legislation about the divorced Muslim woman did not run counter to any principle and norm of Islamic Shariah. Likewise, he testified before the Lucknow High Court about the existence of the Babri Masjid in which he had offered prayers. His crusade for the Muslim issues is on record – in the form of his numerous pieces published mostly in the English national dailies since 1970s to this day.


His contribution to scholarship: Apart from his pieces on current issues, he has authored several valuable books in both English and Urdu. His book on Rafi Ahmad Kidwai in both English and Urdu is a treasure house of information about the Freedom Movement and the role of nationalist Muslims in national politics. His series of books in Urdu on several topics related to Civics and Political Science has benefitted generations of Urdu-speaking students all over the country. Equally substantial is his annotatied editing of several volumes of the letters of his illustrious uncle, Maulana Abdul Majid Daryabadi. He made a mark also as a brilliant reviewer. Equipped with his enviable memory and thorough familiarity with the fairly recent Indian history, his reviews on the Freedom Movement and other facets of national life are read with much profit by the specialists and the lay alike. In some of his reviews on the recent Indian history he has pointed out numerous factual errors marring these and exposed the authors’ bias against Indian Muslims. At the AMU too, he criticized both the Muslim communalists and Muslim progressives and communists who indulged in Islam-bashing It is gratifying that a volume containing his more than seventy reviews on Urdu books was released in 2010 by Mr Hamid Ansari, Vice President, who happens to be his student. This volume is a testament to Dr. Kidwai’s sweeping scholarship, his assiduity and his religiosity. 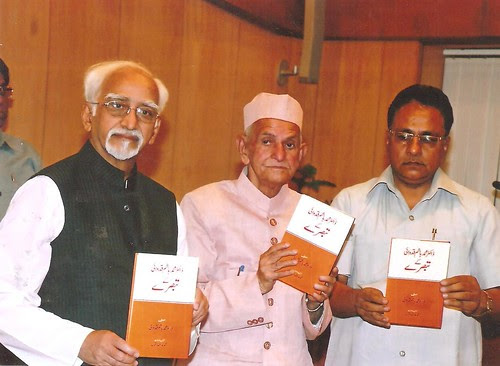 Pivotal role in AMU’s corporate life:
Throughout his career he took a very keen interest in the residential life of the AMU. For years he served as Warden, Amin Hostel and later became the first Provost of Mohsinul Mulk (MM) Hall. As Proctor in 1965-1967 he rendered valuable services in restoring peace and cordiality on the campus that had been rocked by indiscipline. For more than two years he performed the twin arduous jobs of University Proctor and Provost, MM Hall. God has gifted him with such remarkable retentive memory that he managed to remember the names of all the students of his hall of residence and of his classes. He was the keeper of the Duty Society, that catered to helping the needy students. He was also elected President AMU Teaching Staff Association in 1978. His love for both his wards and students is immense and selfless. He spent most of his salary on sponsoring the education of even those students whom he hardly knew. His students hold him in much esteem and take pride in maintaining their ties with him even years after they completed their studies at the AMU. His concern, rather affection for students is so strong that he does not approve that any disciplinary action betaken against them. In view of his integrity he was appointed Treasurer of the Relief Committee set up to help the victims of communal riots in Aligarh in 1978.

Amid his varied contributions, his unswerving committment to the cause of Indian Muslims and his crusade for helping the Muslims in getting their due share in national life is the most glittering aspect of his role in pubic life. Indian Muslims stand in need of such selfless, committed mentors for playing their meaningful role in their own motherland, which is regrettably denied mostly to them. Dr. Kidwai’s example, in both word and deed, has been a beacon light amid the all-round darkness. May Allah grant him a long, happy life, enabling him further to keep waging this crucial battle for the Muslim community (Amin)