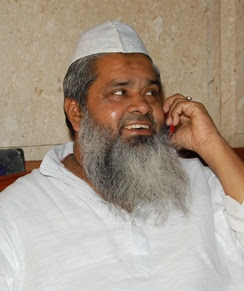 Maulana Badruddin Ajmal (born 12 February 1950) is a member of the Indian Parliament from Dhubri, born in the Indian state of Assam. He is an industrialist and social activist.
He established the Assam United Democratic Front (AUDF), now the All India United Democratic Front (AIUDF) and consolidated its position in Indian politics. He is also the president of the Assam State Jamiat Ulama and member of the excutive council of Darul Uloom Deoband. 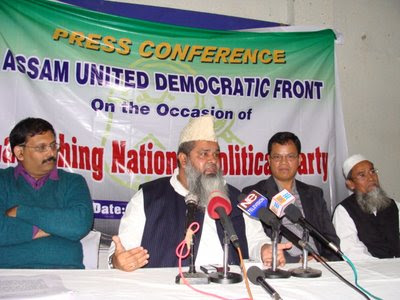 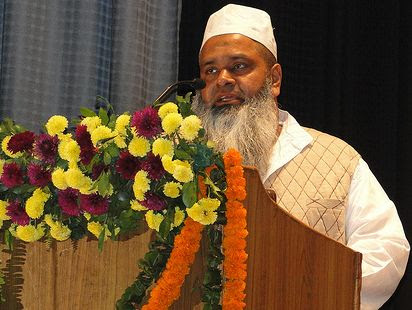 A Fazil-e Deoband (Equivalent to Masters Degree in Islamic Theology and Arabic) from Darul Uloom of Deoband, Moulana Badruddin Ajmal is an industrialist, a successful businessman as well as an eminent social worker. His especial interest is to serve the needy.


He is also the founding President of famous NGO Markazul Ma'arif which runs schools, orphanages, hospitals besides many other social, educational and economic developmental activities in the country. The organization has done enormous work for the benefit of the people since its inception in 1982 especially in Assam and other northeastern states in the fields of illiteracy, poverty and basic immunization.


He is the Managing Trustee of HAMM Public Trust, Hojai. This trust is best known for the multi-crore state-of-the-art charitable hospital Haji Abdul Majid Memorial Hospital and Research Center at Hojai, Assam.


He is a member of Advisory Board (Shura) of Darul Uloom Deoband, Uttar Pradesh and Central Working Committee, Jamiat Ulema-e-Hind. He is also the President of State Jamiat Ulama-e-Assam and Tanzim Madaris-e Quamia — All Assam Non-government Madrasa Board that prepares the curriculum and conducts examinations throughout the state for more than 400 madrasas. Furhermore, he is also related to a dozen other madrasas, schools, and orphanages either as Chairman or Secretary in various parts of Northeast India.


He is the Chairman of Markazul Ma’arif Education and Research Centre (MMERC), Mumbai — a unique institution that caters to the modern needs of the madarasa graduates by teaching them English language and promotes research works on socio-religious and economic fields.


In 2006 the Ajmal family came out with another noble idea and facilitated higher education for women in Assam through the Maryam Ajmal Women’s College of Science & Technology at Hojai.

Maulana Ajmal established and became the founding president of All India United Democratic Front (AIUDF) - a political party formed by different suppressed sections of society and under-privileged religious and linguistic minority groups in Assam to protect their legitimate democratic rights and to empower these segments - on 2 October 2005 in Assam. Later he relaunched the party in other states of India through a press meet in New Delhi on 2nd Feb 2009.


In 2006 election for Assam Legislative Assembly, he was elected simultaneously from two constituencies — South Salmara and Jamunamukh — with huge margin of votes and was also elected as the leader of the AUDF Legislative Party which altogether won 10 seats in its maiden electoral fight..


In the last general election May 2009, although his party managed to win only one seat, that is, Ajmal himself won from Dhubri Lok Sabha seat with a huge margin defeating his nearest Congress rival and sitting member Anowar Hussain, but the AIUDF's vote share is improved and secured the highest number of votes in 25 Assembly segments in Assam.


In 2011 election for Assam Legislative Assembly , AIUDF had won 18 seats and emerged as the largest opposition party in Assam.


The Maharashtra pradesh wing of AIUDF is already functioning under the dynamic leadership of Shri Tarun Rathi.