Ghulam Nabi Azad (born March 7, 1949 in Jammu and Kashmir, India) is an Indian politician from the Indian National Congress and the current Minister of Health and Family Welfare of the Government of India.He was the Parliamentary Affairs Minister of India in the government of Prime Minister Manmohan Singh until October 27, 2005, when he was appointed as the Chief Minister of Jammu and Kashmir. After delivering victories in several key states, including Kerala, Karnataka and Andhra Pradesh, the 'crisis manager' of the Congress surprised many when he led the party successfully in the 2002 Assembly election in Jammu and Kashmir.
Azad's forte is his organisational skills, having been the AICC general secretary for a record nine times and member of the powerful Congress Working Committee for 18 years, perhaps the longest period among the current leaders.
As a Union minister, he steered successive Congress governments to victory in 21 no-confidence motions including the minority government of P. V. Narasimha Rao in the early 1990s. 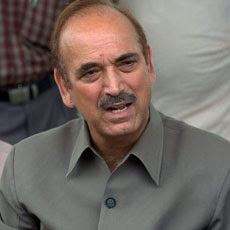 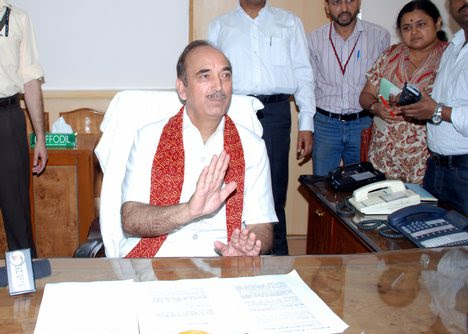 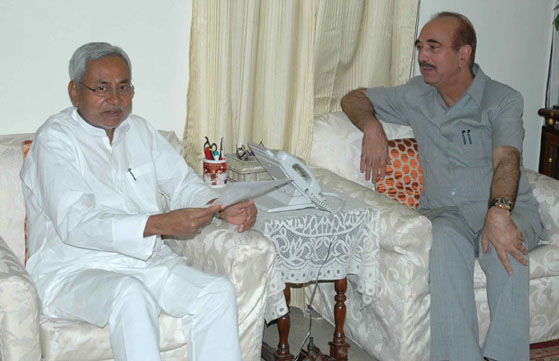 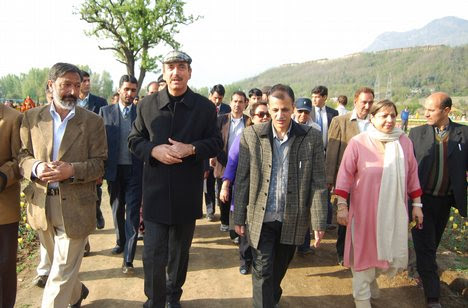 Azad's first political assignment was the Block Congress Committee secretary in Bahlesa in Jammu and Kashmir's Doda district, his native place.
In 1980, he was appointed as the President of the All India Youth Congress, the first from the minority community.
After being elected to the Seventh Lok Sabha from Maharashtra's Washim (Lok Sabha constituency) in 1980, Azad entered into the Central government as Deputy Minister in charge of Law, Justice and Company Affairs Ministry in 1982.
Subsequently, he was elected to the Eighth Lok Sabha in 1984 and became a Rajya Sabha member in 1990. During Rao's government, Azad took charge of Parliamentary Affairs and Civil Aviation ministries.
In June 2008, Azad's government announced plans to transfer land to the board of a Hindu shrine. Many Muslims were angered by this decision and protested, leading the government to cancel the transfer; however, this reversal provoked Hindu protests. Seven people were reported killed in violence that accompanied these protests. The People's Democratic Party, a coalition partner of the Indian National Congress in Jammu and Kashmir, withdrew its support for Azad's government, and rather than attempt to sustain his government by requesting a vote of confidence, Azad resigned on July 7, 2008,and left office on July 11, 2008.
In the second United Progressive Alliance Government, led by Dr. Manmohan Singh, Mr. Azad, was sworn in as the Health Minister of India. He has said, that he shall be expanding the National Rural Health Mission, that has mobilized half a million health workers, all across India, and that his ministry would also be launching a similar National Urban Health Mission, to serve the slum dwelling urban poor. He has also been praised for getting Population control, back in the limelight. He has advocated a late marriage age 5 of between 25 and 30, especially for girls, and has asked people, to watch television, instead of producing children.
He married Shameem Dev Azad, a well known Kashmiri singer, in 1980, and they have a son and a daughter.