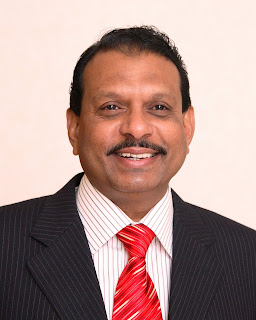 Mr. Yusuffali M.A., Managing Director of Emke Group ranks today among the top NRI Business personalities. The Group has diversified into many significant areas under his dynamic stewardship, retail being the most prominent of them.
His astute business vision and strategic mind have evolved ambitious growth plans for the Group and ensured their materialization through a team of people who share his drive and dynamism. Headquartered in Abu Dhabi, the capital city of United Arab Emirates the Group is best known in the Gulf through a chain of popular Shopping Malls, Hypermarkets, Supermarkets and Department stores which serve the widest segments of multi-ethnic residents in the region. Foremost among them is the Lulu Chain of outlets, followed by Al Falah Plaza and Emirates General Market. The Group’s formidable position in retailing is ably supported by an integrated network of import, distribution and whole-sale marketing operations, apart from a cross-continent network of outsourcing operations.
Emke Group, with its 27,000 strong workforce from 29 different nations and operational bases extending over the UAE, Oman, Qatar, Kuwait, Bahrain, Yemen, Egypt, Saudi Arabia, India, Indonesia, Kenya, Thailand, China, Hong Kong, Benin and Tanzania is one of the most successful corporates of the times with a steadily ascending growth curve over the years. With an annual turnover of US $ 3.75 billion globally, the Group employs more than 22,000 Indians.
Apart from his busy business involvement, Yusuffali is equally active on the social front and is associated with various organizations.
In recognition of his remarkable achievements in Business & Industry and his distinguished services in the field of Social Work, he was conferred the prestigious Padma Shri award by H.E. Smt. Pratibha Devisingh Patil, Hon’ble President of India on 05th May, 2008. He was the first Non-resident Indian from the Gulf and the Middle East countries to be honored with this coveted award by the Government of India.

Taking into consideration his valuable contribution in promoting the honour and prestige of India, his efforts in fostering the interests of overseas Indians, and his outstanding achievements in the field of business, he has been conferred with the prestigious “Pravasi Bharatiya Samman Award” the highest Indian Government Award given to Non-Resident Indians by H.E. Dr. A.P.J. Abdul Kalam, the former Hon’ble President of India at Mumbai in January, 2005.The crowning glory in his career came when he was overwhelmingly elected by the business community in Abu Dhabi as the Director Board member of the Abu DhabiChamber of Commerce & Industries (ADCCI) in the year 2005. This was the first time that elections were held for the ADCCI and expatriate was elected to the Director Board of one of the world’s most prosperous and wealthy business regulatory authorities. In addition to this, he was also unanimously elected by the Board members as the Vice-chairman of the prestigious Trade Committee of the ADCCI. After four years, in the year 2009, the U.A.E business community re-elected him to the Director Board of ADCCI with a thumping majority.


• Yusuffali is very closely involved in many social, charitable and humanitarian activities both in India as well as in Gulf countries and plays a vital role in fostering the interests of Non-resident Indians and keeping intact the communal harmony among the NRIs in the Gulf. 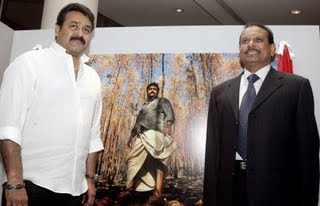 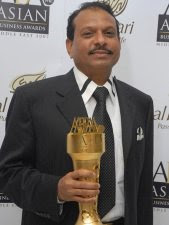 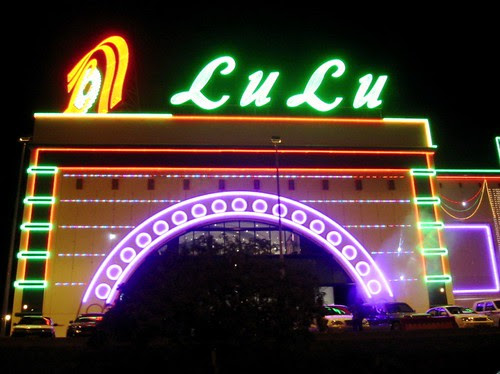 • His earnest and dedicated efforts have helped in securing cremation grounds for Hindu brethren in the Gulf.


• Through his close association with the authorities in the Gulf he has been able to arrange free land for the Christian community to construct churches.


• As a true son of India, Yusuffali has always strived to bring in foreign investments and expertise to India especially to Kerala for various infrastructural development projects, prime among them being the first and only International Airport with private participation, in Cochin of which he is a Director.

• Of late, he has won big rounds of applauses for playing the mediator in the Kochi Smart City venture, which is the dream project the whole State is seeking after. It was at a crucial juncture when the project would have almost been dropped by the TECOM Company from Dubai that Yusuffali was requested to be a mediator by the Kerala Government. His diplomacy won once again and the Smart City Project is now being made into a reality.


• The philanthropist in him has always come to the forefront in organizing huge and timely relief measures from the Gulf during many natural calamities in India viz. Lathur Earthquake, Gujarat earthquake, Tsunami tragedy, etc. He was the first to contribute for the rehabilitation of the Calicut market fire victims when thousands lost their livelihood and during the amnesty period in the U.A.E. he was in the forefront by providing free air tickets including other facilities to hundreds of hapless Indians who could not even afford a ticket back to their motherland.