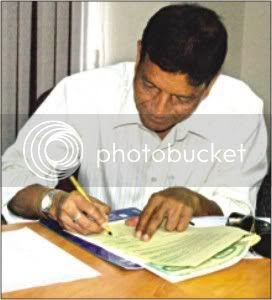 Syed Naeemuddin is a Indian football coach and a former football player. He coached the Indian football team for several years and is now the coach of the Bangladesh national football team. He was conferred Dronacharya Award by Government of India in 1990 for his contribution to sport in India. He is also the recipient of the prestigious Arjuna Award. Known for his good looks and stylish disposition on the field, He was one of the best defensive players of India. As a coach he is known to be a strict discipliniarian and expects a very strong work ethic.
Source : connect.in.com 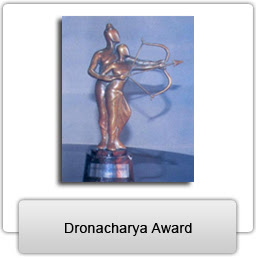 Syed Nayeemuddin, one of India's most accomplished football defenders, whose skill and brilliance won him the captain's tag in the 1970 Bangkok Asian Games, is a product of Hyderabad, the city with a rich soccer tradition which also produced eminent players like Olympian Peter Thangaraj, Mohammed Habib, and Mohammed Akbar. Having represented India in the prestigious Merdeka Cup and Asian Games, and being picked in the Asian All-Star team, Nayeemuddin went on to play for Kolkata's East Bengal club where he remained till the end of his playing career. He also played for Mohun Bagan and Mohammedan Sporting for a few years after honing his skill under the legendary Rahim at Hyderabad where he initially played for Hyderabad Police. When an injury terminated his playing career, Nayeemuddin took to coaching. From 1990 to 1995 he guided Mohun Bagan and East Bengal to 25 titles and also inspired Bengal's title wins in the National Football Championship for the Santosh Trophy. Nayeemuddin, more of a perfectionist, took degrees and coaching diplomas from Germany, Hungary, England, and Brazil. He firmly believes that man lives to learn. In 2001, he attended a UEFA-sponsored course in Kuala Lumpur and Amsterdam.
From 1987 to 1989 he was the national coach in the Jawaharlal Nehru Gold Cup, SAF Games at Kolkata where India won the gold, and the Asia Cup. However, it was during his second coaching stint that he blossomed in the nineties.
During the inaugural Afro-Asian Games at Hyderabad, Nayeemuddin publicly appreciated the efforts to host the Games, especially the football competition. " I am grateful to the IOA, Mr Chandrababu Naidu, and the Union Government for organising the Games. At least India is now on the world map in football. The ball has started rolling. It should have happened much earlier. India can now take on the world's best with courage. We also have many talented players. Baichung Bhutia was the top scorer in the ASEAN Club Championship at Jakarta."

Nayeemuddin always insists that players should only take mineral water, take a lot of vitamins, and stresses on nutrition. Due to his emphasis on good living conditions for players, he was branded as an expensive coach but the interests of his players is always uppermost in his mind. He doesn't mind spending money from his pocket to buy dry fruit and chicken after training sessions. "I need money for my team but I am not a beggar. I fight for my players," he says. The former national coach also favours weekly payment of wages to top players as is the practice in England.
In 1997, Syed Nayeemuddin was appointed national coach until the conclusion of the 1998 Bangkok Asian Games and the Indian team dominated in regional championships, including SAFF Championship at Kathmandu, Nehru Cup at Kochi, and later reached the last eight in the Asian Games.
Nayeemuddin is totally opposed to the concept of hiring foreign coaches for national teams. "Look at Rajinder Singh. Hasn't he produced results in hockey? An Indian can die for his country; a foreigner will not."