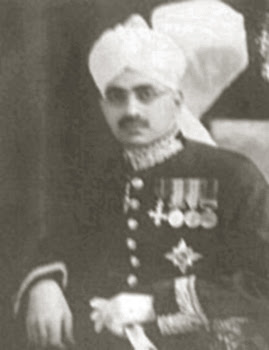 Sardar Sir Sikander Hayat Khan, KB, KCSI, Doctor of Oriental Lit etc (5 June 1892 in Multan – 25/26 December 1942) was a renowned British Indian politician from the Punjab. He was the son of late Nawab Muhammad Hyat Khan CSI, of Wah, a close associate of Sir Syed Ahmed Khan, and a prominent scion of the Khattar Jatt tribe of Attock, North Punjab. 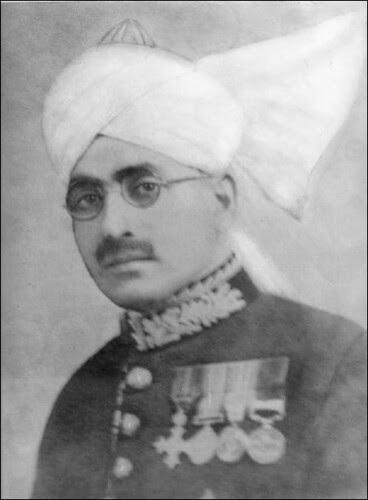 Khan led the Unionist Party, (Later renowned as the Unionist Muslim League) an all-Punjab political party formed to represent the interests of the landed gentry and landlords of Punjab which included Muslims, Sikhs and Hindus. He had taken over leadership of this group from Fazli Husein. Khan led his party in the 1937 elections, held under the Government of India Act 1935. He governed the Punjab as premier in coalition with the Sikh Akali Dal and the Indian National Congress.
Khan opposed the Quit India Movement of 1942, and supported the Allied powers during World War II. Khan believed in politically cooperating with the British for the independence of India and the unity of Punjab.
In 1937, Jinnah signed the Sikander-Jinnah pact at Lucknow, in support of the Lahore Resolution, which was also in fact written by Khan, calling for an autonomous or semi-independent Muslim majority region withion the larger Indian confederation-- which demand later led to the demand for an independent Pakistan.
Khan died in 1942. He is buried at the footsteps of the Badshahi Masjid in Lahore, commemorated for his contributions to Islam by having restored and revitalized the grand mosque .