Kamala Suraiyya (Malayalam: കമലാ സുരയ്യ) a.k.a. Madhavikutty (Malayalam: മാധവിക്കുട്ടി) (31 March 1934 – 31 May 2009) was an Indian writer who wrote in English and Malayalam, her native language. Her popularity in Kerala is based chiefly on her short stories and autobiography.
She openly and honestly discussed and wrote about the sexual desires of Indian women, which made her an iconoclast of her generation. On 31 May 2009, aged 75, she died at a hospital in Pune Kamala Das was born in Punnayurkulam, Thrissur District in Kerala, on March 31, 1934, to V. M. Nair, a former managing editor of the widely-circulated Malayalam daily Mathrubhumi, and Nalappatt Balamani Amma, a renowned Malayali poetess.
She spent her childhood between Calcutta, where her father was employed as a senior officer in the Walford Transport Company that sold Bentley and Rolls Royce automobiles, and the Nalappatt ancestral home in Punnayurkulam.
Like her mother, Kamala Das also excelled in writing. Her love of poetry began at an early age through the influence of her great uncle, Nalappatt Narayana Menon, a prominent writer. However, she did not start writing professionally until she got married and became a mother. 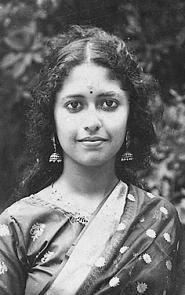 Kamala wished to begin writing, her husband supported her decision to augment the family's income. She would often wait until nightfall after her family had gone to sleep and would write until morning: "There was only the kitchen table where I would cut vegetables, and after all the plates and things were cleared, I would sit there and start typing". This rigorous schedule took its toll upon her health.
She was noted for her many Malayalam short stories as well as many poems written in English. Das was also a syndicated columnist. She once claimed that "poetry does not sell in this country [India]", but her forthright columns, which sounded off on everything from women's issues and child care to politics, were popular.


Das' first book, Summer In Calcutta was a promising start. She wrote chiefly of love, its betrayal, and the consequent anguish. Ms. Das abandoned the certainties offered by an archaic, and somewhat sterile, aestheticism for an independence of mind and body at a time when Indian women poets were still expected to write about fantasies of eternal, bloodless, unrequited love.
At the age of 42, she published her autobiography, My Story, which was later translated into many foreign languages.
Kamala Das wrote on a diverse range of topics, often disparate- from the story of a poor old servant, about the sexual disposition of upper middle class women living near a metropolitan city or in the middle of the ghetto. Some of her better-known stories include Pakshiyude Manam, Neypayasam, Thanuppu, and Chandana Marangal. She wrote a few novels, out of which Neermathalam Pootha Kalam, which was received favourably by the reading public as well as the critics, stands out.
She travelled extensively to read poetry to Germany's University of Duisburg-Essen, University of Bonn and University of Duisburg universities, Adelaide Writer's Festival , Frankfurt Book Fair, University of Kingston, Jamaica, Singapore, and South Bank Festival (London), Concordia University (Montreal, Canada), etc. Her works are available in French, Spanish, Russian, German and Japanese.
She has also held positions as Vice chairperson in Kerala Sahitya Academy, chairperson in Kerala forestry Board, President of the Kerala Children's Film Society, editor of Poet magazine and Poetry editor of Illustrated Weekly of India.

She was born in a conservative Hindu Nair (Nallappattu) family having Royal anscestry, she embraced Islam in 1999 at the age of 65 and assumed the name Kamala Suraiyya. Her conversion was somewhat controversial, among social and literary circles. Later, she said it was not worth it to change one's religion.

Though never politically active before, she launched a national political party, Lok Seva Party, aiming asylum to orphaned mothers and promotion of secularism. In 1984 she unsuccessfully contested in the Indian Parliament elections.

Kamala Das had three sons - M D Nalapat, Chinnen Das and Jayasurya Das.Madhav Das Nalapat, the eldest, is married to Princess Lakshmi Bayi (daughter of M.R.Ry. Sri Chembrol Raja Raja Varma Avargal) from the Travancore Royal House. He holds the UNESCO Peace Chair and Professor of geopolitics at the Manipal Academy of Higher Education. He was formerly a resident editor of the Times of India.
On 31 May 2009, aged 75, she died at a hospital in Pune. Her body was flown to her home state of Kerala. She was buried at the Palayam Juma Masjid at Thiruvanathapuram with full state honour.
Awards and other recognitions
Kamala Das has received many awards for her literary contribution, including: 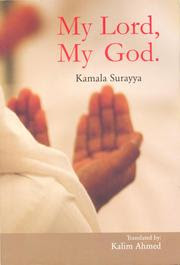