Ustad Bismillah Khan (Urdu: استاد بسم اللہ خان صاحب; March 21, 1916 – August 21, 2006) was an Indian shehnai maestro. He was the third classical musician to be awarded the Bharat Ratna (in 2001), the highest civilian honour in India and gained worldwide acclaim for playing the shehnai for more than eight decades . Early life and background
Bismillah Khan was born at Bhirung Raut Ki Gali, in Dumraon, Bihar,in a bihari family as the second son of Paigambar Khan and Mitthan. He was named as Qamaruddi to rhyme with Shamsuddin, their first son. His grandfather, Rasool Baksh Khan uttered "Bismillah" (the basmala) after looking at the newborn, thus he was named Bismillah Khan. 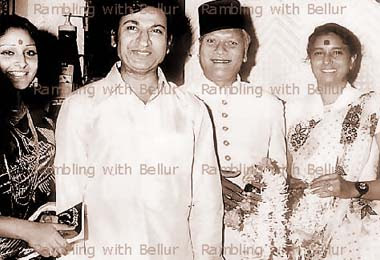 His ancestors were court musicians and used to play in Naqqar khana in the princely states of Bhojpur, now in Bihar. His father was a shehnai player in the court of Maharaja Keshav Prasad Singh of Dumraon Estate, Bihar.He is originally from Buxr,Bihar. 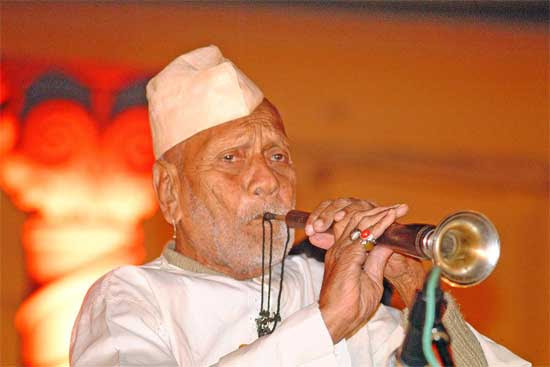 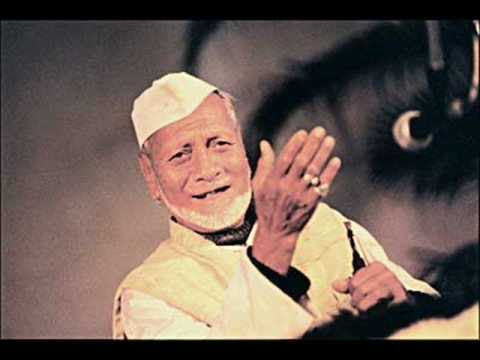 At the age of six, he moved to his maternal house, located close to the Ganges at Varanasi. He received his training under his uncle, the late Ali Baksh 'Vilayatu', a shehnai player attached to Varanasi's Vishwanat Temple.

Though a pious Shi'ite Muslim, he was also, like many Indian musicians, regardless of religion, a devotee of Saraswati, the Hindu Goddess of wisdom and arts, and often played at Hindu temples, including the famous Vishwanath Temple in Varanasi, on the banks of the river Ganges. He also performed for spiritual master Prem Rawat. Bismillah Khan was perhaps single handedly responsible for making the shehnai a famous classical instrument. He brought the shehnai to the center stage of Indian music with his concert in the Calcutta All India Music Conference in 1937. He was credited with having almost monopoly over the instrument as he and the shehnai are almost synonyms.

Khan is one of the finest musicians in post-independent Indian Classical music and one of the best examples of Hindu-Muslim unity in India and had played shenai to audience across the world.He was known to be devoted to his art form that he referred to shehnai as his begum, wife in Urdu, after his wife died. On his death, as an honour, his shehnai was also buried along with him.He was known for his vision of spreading peace and love through music. Khan had the rare honor of performing at Delhi's Red Fort on the eve of India's Independence in 1947. He also performed Raga Kafi from the Red Fort on the eve of India’s first Republic Day ceremony, on January 26, 1950. His recital had become a cultural part of India's Independence Day Celebrations, telecast on Doordarshan every year on August 15. After the Prime Minister's speech from Lal Qila (the Red Fort,) in Old Delhi, Doordarshan would broadcast a live performance by the shehnai maestro. This tradition dated from the days of Pandit Nehru. Khan had a brief association with movies. He played the shehnai for Dr.Rajkumar's role of Appanna in the Kannada movie Sanaadi Appanna. He acted in Jalsaghar, a movie by Satyajit Ray and provided sound of shehnai in Goonj Uthi Shehnai (1959). Noted director Goutam Ghose in films is in Swades (2004) in the recording of "Yeh Jo Des Hai Tera" 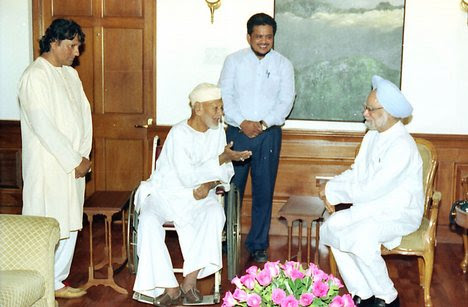 Khan seldom accepted students. In 1985 he had a meeting with Satguru Jagjit Singh Ji (the present master of the Namdhari Sikhs), where he saw a talented young boy called Baljit Singh Namdhari playing the tarshenai, and welcomed him as a student. Ustad Bismillah Khan & Satguru Jagjit Singh Ji had great mutual respect for each other. In 1999 he adopted two more tarshenai students, named Kirpal Singh and Gurbaksh Singh Namdhari.

On August 17, 2006, Khan was taken ill and admitted to the Heritage Hospital, Varanasi for treatment.He died after four days on August 21, 2006 due to a cardiac arrest. He is survived by five sons, three daughters and a large number of grandchildren and great-grandchildren.
The Government of India declared a day of national mourning on his death. His body along with a Shehnai was buried at Fatemain burial ground of old Varanasi under a neem tree with 21-gun salute from Indian Army.

Sangeet Natak Akademi, New Delhi, instituted the 'Ustad Bismillah Khan Yuva Puraskar' in 2007, in his honour. It is given to young artists in the field of music, theatre and dance Bismillah Khan had honorary doctorates from 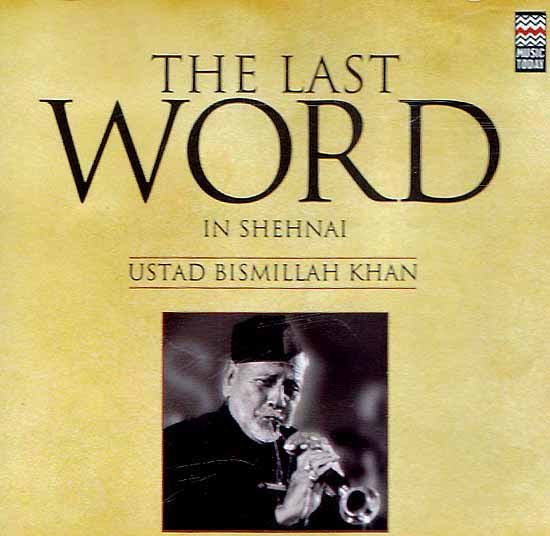