Zakaria, a Kokani Muslim, spent over 25 years in public service, including years as a cabinet minister in the union state of Maharashtra, and later as a Member of the Indian parliament, serving as Deputy Leader of the Congress Party under Indira Gandhi. He was a moderate Muslim. Zakaria represented India in many countries and also at the United Nations in 1965, 1990 and 1996.
Zakaria founded a number of schools and colleges in his political constituency, Aurangabad, including a women's college of arts and sciences and the Indian Institute of Hotel Management. The Maulana Azad Education Trust Aurangabad is a mini university in itself. He was Chancellor of the Jamia Urdu, Aligarh (U.P.) and President of Maharashtra College in Mumbai. 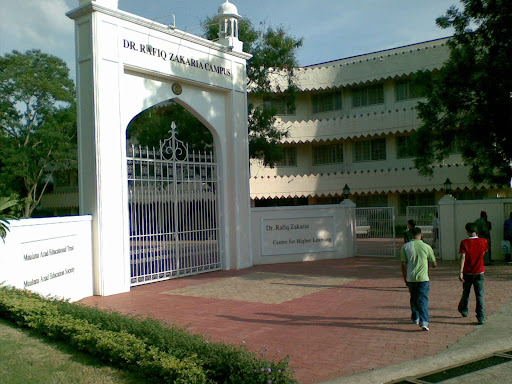 He was an alumnus of Ismail Yusuf College Mumbai. Zakaria had won the Chancellor's Gold Medal in the MA examination of University of Mumbai formerly known as Bombay University and received a Ph.D. degree from the University of London. He was called to the bar from Lincoln's Inn in England and practised law in Mumbai, where he was appointed Chief Public Prosecutor. He was the father of four children by two wives: Union Minister for Information and Broadcasting I K Gujral addresses the students of Maharashtra College of Arts and Science, in Bombay on October 4, 1969 while Dr Rafiq Zakaria, Maharashtra's Health Minister and A A Munshi, Principal of the College are sitting on the dais. Centenary Celebration of BMC: V P Naik, Chief Minister of Maharashtra addressing the distinguished audience at a reception given to him by the Mayor to celebrate the centenary of Bombay Municipal Corporation, Bombay while Governor of Maharashtra Ali Yavar Jung, Mayor Sudhir Joshi, Mrs Aliyavar Jung, Dr Rafiq Zakaria and others grace the occasion, on September 4, 1973.

Dr Rafiq Zakaria contested the first election of the newly created Maharashtra state in 1962, from Aurangabad, and was elected to Maharashtra assembly. He was made Minister for Urban Development in the new ministry. It was under his guidance that planning for New Aurangabad was initiated. The responsibility for the new city was given to CIDCO which started development in the 1970s. Thus Aurangabad CIDCO (as New Aurangabad is called) is the brainchild of Dr Zakaria. To promote tourism Dr Zakaria invited hospitality majors like the ITC Welcome group. , The Ambassador group & the Taj Residency. to set up 5 star hotels in the city. It was under his initiative that industrialization of the city began with the setting up of the Chikhalthana MIDC. To solve the water problem of the growing city Dr Zakaria prevailed upon the govt to allow lifting of waters of Godavari from Jayakwadi Dam for drinking and industrial usage. 
He started The Maulana Azad Education Trust at Aurangabad, Maharashtra, in the campus of which he is buried.

His many books include A Study of Nehru (ed.), The Struggle Within Islam, Muhammed and the Quran, The Price of Partition, and Communal Rage in Secular India.
Zakaria mostly wrote on Indian affairs, Islam and British imperialism. His works include: 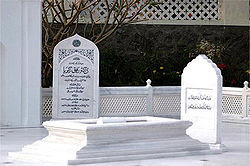 He had earlier worked for the News Chronicle and The Observer in London, United Kingdom. Zakaria also penned a bi-weekly column for the Times of India newspaper.