Vaikom Muhammad Basheer or Vaikkom Muhammad Basheer (born 21 January 1908 ; died 5 July 1994) was a Malayalam fiction writer. He was a humanist, freedom fighter, novelist and short story writer. He is noted for the pathbreaking, disarmingly down-to-earth style of writing that won both literary critics as well as the common man. He is regarded as India's one of the most successful and outstanding writers. Translations of many of his works into other languages has won him worldwide acclaim. His notable works include Baalyakaalasakhi, Shabdangal, Paaththummaayude Aadu, Mathilukal, Ntuppuppaakkoraanaendaarnnu, Anarga Nimisham etc. He was awarded the Padma Sri in 1982. He is fondly remembered as the Beypore Sultan.


Early life
Basheer, born in the village of Thalayolapparampu in northern Travancore, was the eldest child of devout Muslim parents. His father was in the timber business as a contractor, but the business did not do well enough for his large family to live in anything approaching luxury. After beginning his education at the local Malayalam medium school, he was sent to the English medium school in Vaikom, five miles away. While at school he fell under the spell of Mahatma Gandhi. He started wearing Khadar, inspired by the swadesi ideals. When Gandhi came to Vaikom to participate in the Vaikom Satyagraham (1924) Basheer went to see him. He managed to climb on to the car in which Gandhi travelled and touch his hand, a fond memory Basheer later mentioned in many of his writings. He used to visit Gandhi's Satyagraha Ashram at Vaikom daily. He got punished for going late to school due to this.

He resolved to join the fight for an Independent India, leaving school to do so while he was in the fifth form. Part of his purpose in joining the Indian National Congress was to help ensure that there was some Muslim representation in the pan-Indian movement.
Since there was no active independence movement in Travancore or Kochi – being princely states – he went to Kozhikode to take part in the Salt Satyagraha in 1930. His group was arrested before they could participate in the satyagraha. At the police station, they were beaten up and later remanded at Kozhikode sub-jail. Basheer was sentenced to three months imprisonment and sent to Kannur prison. He became inspired by stories of heroism by revolutionaries like Bhagat Singh, Sukhdev and Rajguru, who were executed while he was in Kannur jail. He and about 600 political prisoners then at Kannur were released after the Gandhi-Irwin pact of March 1931. Freed from prison, he organised an anti-British movement and edited a revolutionary journal, Ujjivanam ('Uprising'). A warrant was issued for his arrest and he left Kerala. After leaving Kerala, he embarked upon a long journey that took him across the length and breadth of India and to many places in Asia and Africa, a journey which spanned seven years, doing whatever work that seemed likely to keep him from starvation. His occupations ranged from that of a loom fitter, fortune teller, cook, newspaper seller, fruit seller, sports goods agent, accountant, watchman, shepherd , hotel manager to living as an ascetic with Hindu saints and Sufi mystics in their hermitages in Himalayas and in the Ganges basin, following their customs and practices, for more than five years. There were times when, with no water to drink, without any food to eat, he came face to face with death.

At Kottayam (1941–42), he was arrested and put in a police station lock-up, and later shifted to another lock up in Kollam Kasba police station. The stories he heard from policemen and prisoners there appeared in later works, and he wrote a few stories while at the lock-up itself. He spent a long time in lockup awaiting trial, and after trial was sentenced to two years and six months imprisonment. 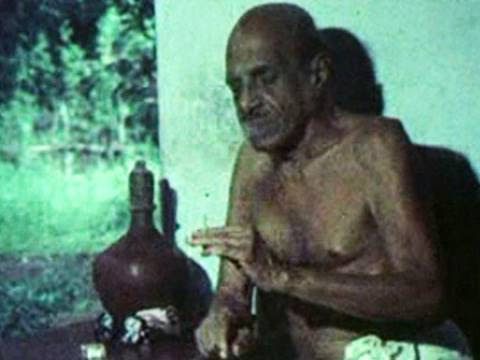 He was sent to Thiruvananthapuram central jail. While at jail, he forbade M. P. Paul from publishing Baalyakaalasakhi. He wrote Premalekhanam (1943) while serving his term and published it on his release. Baalyakaalasakhi was published in 1944 after further revisions, with an introduction by Paul.

He then made a career as a writer, initially publishing the works himself and carrying them to homes in order to sell them. He ran two bookstalls in Ernakulam, Circle Bookhouse and later, Basheer's bookstall.
Once India achieved control of its destiny after obtaining Independence from British rule, he showed no further interest in active politics, though concerns over morality and political integrity are present all over his works.

Well into his forties, he surprised many of his acquaintances by marrying a woman much younger than him (Fabi Basheer) and settling down to a life of quiet domesticity with his wife and two children, Anees and Shahina, in Beypore, on the southern edge of Kozhikode.
During this period he also had to suffer from mental illness and was twice admitted to mental sanatoriums. He wrote one of his most famous works, Paaththummaayude aadu (Pathumma's Goat), while undergoing treatment in a mental hospital in Thrissur. The second spell of paranoia occurred after his marriage when he had settled down at Beypore. He recovered both times, and continued his writings.
He died in Beypore, on 5 July 1994.

Basheer is fondly called as Beypore Sultan (Sultan of Beypore). Though his works have been translated to English and eighteen Indian Languages, the peculiarity of the language he uses makes the translations lose a lot of sheen.

Basheer is known for his unconventional style of language. He did not differentiate between literary language and the language spoken by the commons and did not care about the grammatical correctness of his sentences. Initially, even his publishers were unappreciative of the beauty of this language; they edited out or modified conversations. Basheer was outraged to find his original writings transcribed into "standardized" Malayalam, devoid of freshness and natural flow, and he forced them to publish the original one instead of the edited one. Basheer's brother Abdul Khader was a Malayalam teacher. Once while reading one of the stories, he asked Basheer, "where are Aakhyas and aakhyathas (related with Malayalam grammar) in this...?". Basheer shouted at him saying that "I am writing in normal Malayalam, how people speak. and you don't try to find your stupid 'aakhya and aakhyaada' in this"!. This points out to the writing style of Basheer, without taking care of any grammar, but only in his own village language. Though he made funny remarks regarding his lack of knowledge in Malayalam, he had a very thorough knowledge about Malayalam.

Basheer's contempt for grammatical correctness is exemplified by his statement Ninte Lodukkoos Aakhyaadam! ("Your 'silly stupid' grammar!") to his brother, who sermonizes him about the importance of grammar (Paaththummaayude aadu).

An astute observer of human character, he skillfully combined humour and pathos in his works. Love, hunger and poverty are recurring themes in his works. There is enormous variety in them – of narrative style, of presentation, of philosophical content, of social comment and commitment. His association with India's independence struggle, the experiences during his long travels and the conditions that existed in Kerala, particularly in the neighbourhood of his home and among the Muslim community – all had a major impact on them. Politics and prison,homosexuality, all were grist to his mill. All of Basheer's love stories have found their way into the hearts of readers; perhaps no other writer has had such an influence on the way Malayalis view of love. The major theme of all Basheer stories is love and humanity. In the story "Muchittu Kalikkarente Makal" (The Card Sharp's Daughter), when Sainaba comes out of the water after stealing his bananas, Mandan Muthappa says only one thing: "Sainaba go home and dry your hair else you may fall sick." This fine thread of humanism can be experienced in almost all his stories.

One contrast among his works is between those that are primarily autobiographical as far as events and characters are concerned and those that are the product of the author's imagination. This is not to say that a novel or a story will always fall clearly into one category or another; the percentage of factual truth varies considerably. Whatever the case, a book published as fiction is to be read as such, in contrast with one published as 'memoirs'. Works
Almost all of Basheer's writing can be seen as falling under the heading of prose fiction – short stories and novels, though there is also a one-act play and volumes of essays and reminiscences. Basheer's fiction is very varied and full of contrasts. There are poignant situations as well as merrier ones – and commonly both in the same narrative. There are among his output realistic stories and tales of the supernatural. There are purely narrative pieces and others which have the quality of poems in prose. In all, a superficially simple style conceals a great subtlety of expression.

His literary career started off with the novel Premalekhanam, a humorous love story between Keshavan Nair – a young bank employee and an upper caste Hindu (Nair) – and Saramma – an unemployed Christian woman. Hidden underneath the hilarious dialogues we can see a sharp criticism of religious conservatism, dowry and similar conventions existing in society. This was followed by the novel Baalyakaalasakhi – a tragic love story between Majeed and Suhra – which is among the most important novels in Malayalam literature in spite of its relatively small size (75 pages), and is commonly agreed upon as his magnum opus work. In his foreword to Baalyakaalasakhi, Jeevithathil Ninnum Oru Aedu (A Page From Life), M. P. Paul brings out the beauty of this novel, and how it is different from run-of-the-mill love stories.

The autobiographical Janmadinam ("Birthday", 1945) is about a writer struggling to feed himself on his birthday. While many of the stories present situations to which the average reader can easily relate, the darker, seamier side of human existence also finds a major place, as in the novel Shabdangal ("Voices", 1947), which faced heavy criticism for violence and vulgarity.

A scene from the film Mathilukal directed by Adoor Gopalakrishnan based on the novel by Basheer
Ntuppuppaakkoraanaendaarnnu ("Me Gran'dad 'ad an Elephant", 1951) is a fierce attack on the superstitious practices that existed among Muslims. Its protagonist is Kunjupathumma, a naive, innocent and illiterate village belle. She falls in love with an educated, progressive, city-bred man, Nisaar Ahamed. Illiteracy is fertile soil for superstitions, and the novel is about education enlightening people and making them shed age-old conventions. Velichathinentoru velicham (a crude translation can be 'brightness is very bright!') one of the most quoted Basheer phrases occurs in Ntuppuppaakkoraanaendaarnnu. People boast of the glory of days past, their "grandfather's elephants", but that is just a ploy to hide their shortcomings. 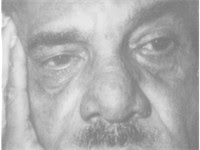 Mathilukal ("Walls") deals with prison life in the pre-independence days. It is a novel of sad irony set against a turbulent political backdrop. The novelist falls in love with a woman sentenced for life who is separated from him by insurmountable walls. They exchange love-promises standing on two sides of a wall, only to be separated without even being able to say good-bye. Before he "met" Naraayani, the loneliness and freedomlessness of prison life was killing Basheer; but when the orders for his release arrive he loudly protests, "Who needs freedom? Outside is an even bigger jail." The novel was later made into a film (MATHILUKAL, 1989) by Adoor Gopalakrishnan with Mammootty playing Basheer.
Sthalaththe Pradhaana Divyan, Aanavaariyum Ponkurishum, Muccheettukalikkarante makal and Ettukaali Mammoonju featured the life of real life characters in his native village of Thalayolaparambu (regarded as Sthalam in these works).