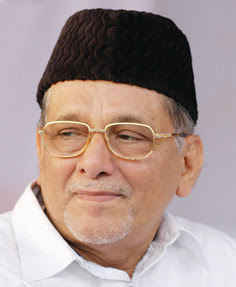 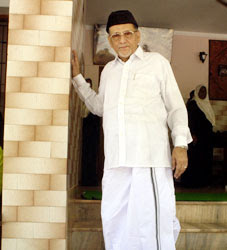 Panakkad Syed Mohammedali Shihab Thangal (Malayalam: പാണക്കാട് മുഹമ്മദലി ശിഹാബ് തങ്ങള്‍) (May 4, 1936 - August 1, 2009) was a politician, the supreme leader of the E. K. Sunni of Kerala and an Islamic scholar from the Indian state of Kerala. He was the President of the Kerala state committee of the Indian Union Muslim League. Shihab Thangal was a member of the Thangal family who are believed to be descendents of the Prophet Mohammed. Early life
Shihab Thangal was born as the eldest son of Panakkad Syed Ahmed Pookoya Thangal, who was a renowned Islamic leader of Kerala. He had his primary education at the M.M. High School, Calicut. He continued his religious education at Thalakkadathur and Kananchery Dars under Ponmala Moideen Musliar. In 1958, he left for Egypt for further studies and obtained his master's degree in Arabic literature from Al Azhar University in 1961. He continued his studies in Cairo University and pursued a Doctorate in Arabic Literature in 1966. After spending about eight years in Egypt he returned home in 1966.

Shihab Thangal was appointed as the president of the Kerala state committee of Indian Union Muslim League subsequest to his father's death in 1975. Shihab Thangal remained President until his death in 2009. He was an undisputed leader of the Muslim community in Kerala and was Qazi to hundreds of mahals in Kerala. 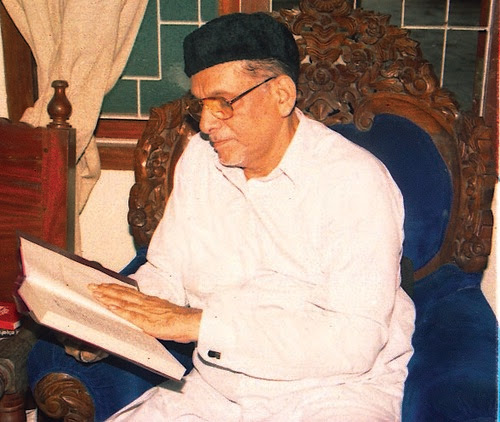 Shihab Thangal died on 1 August 2009 following a cardiac arrest. Thangal was admitted to a private hospital after he slipped and fell down at his home, Panakkad Kodappanakkal. His body was buried at the Panakkad Juma Masjid on 2 August 2009.