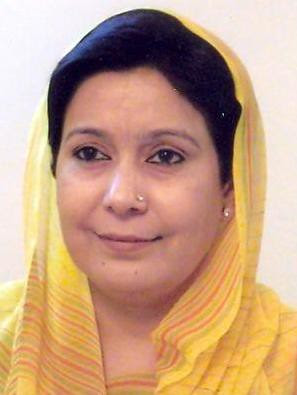 She belongs to political family since childhood; her father was a well known freedom fighter from Rajasthan. Her association with the Congress Party and Gandhi family became more integrated after the visit of Late Mrs. Indira Gandhiji at her residence at Jhalawar in Rajasthan and this has also encouraged her to take active part in the politics under the guidance of various distinguished leaders of Congress from time to time from the last 15 years.