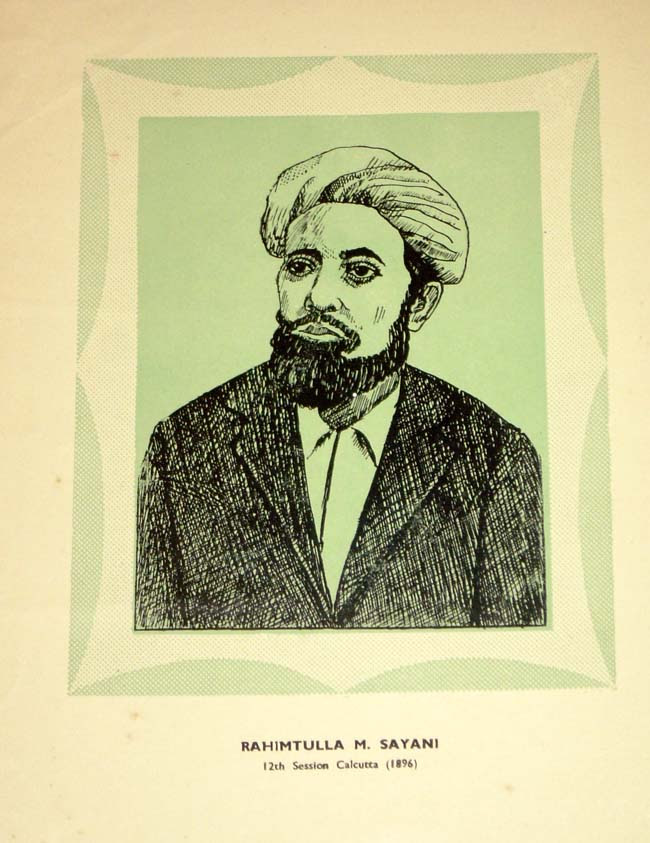 Rahimtulla M. Sayani (April 5, 1847–1902),was an Indian politician who served as the President of the Indian National Congress for one term, succeeding Surendranath Banerjea.
Rahimtullah M Sayani, born in the year 1847, a century before the Independence of India, belongs to Khoja Muslim Community, who were the disciples of the Aga Khan.
He was associated with the Indian National Congress since its inception and he was one of the two Indian Muslims who attended its First Session of INC held at Bombay in the year 1885, where "Womesh Chandra Bonnerjee" was elected as the first President of Congress.
Rahimtullah M Sayani was the "Second Muslim" to become the "President of Indian National Congress".
In the year 1896 he presided over the 12th Annual Session of the Congress held at Calcutta where he was elected as the "President of Congress" and became the Second Muslim to achieve such Position.
His presidential address to the Session was the "Best delivered so far" as it was hailed by a contemporary journal of that period.
Rahimtullah M Sayani,was western educated, a Lawyer by profession who achieved public eminence and professional excellence, he was elected as a member of the Bombay Municipal Corporation and was the Sheriff of Bombay in 1885, also elected as President of the Corporation in 1888.
Twice he was elected to the Bombay Legislative Council and was also elected to the Imperial Legislative Council (1896–1898).

"We should endeavour to promote personal intimacy and friendship amongst all the great communities of India, to develop and consolidate sentiments of national growth and unity, to weld them together into one nationality, to effect a moral union amongst them, to remove the taunt that we are not a nation, but only a congeries of races and creeds which have no cohesion in then and to bring about stronger and stronger friendly ties of common nationality." — From the Presidential Address, I.N.C., - Rahimtulla M. Sayani I.N.C. Session, 1896, Calcutta.