Zafar-ul-Hasan Ahmedullah was born in the year 1956. He hails from religious family comprising of eight members from Changhaipur (Padtabgadh), a small town in Uttar Pradesh, India. His father was a farmer and Quran teacher, use to attend lectures of Moulana Ahmedullah Padtabgadhi, Moulana Sanaullah Amratseri and others ulamas. Right from childhood Shaikh Zafar-ul-Hasan was interested in Islam and had a burning desire to call people to Islam when he grew up.

Education:
Shaikh Zafar-ul-Hasan completed his primary schooling in his home town Changhaipur, in the year 1970. Then, with an intention of working towards the fulfillment of his childhood ambition – i.e. of being actively involved in Da’wah and various other Islamic activities, he embarked on the path of gaining Islamic Education and knowledge. In the year 1975 he shifted to Jami’a Salafiya in Banaras, UP, India and acquired the ‘Alimiyat and Fadhilat degree in the year1978.
He also availed the Munshi and Maulvi degree from Jami’a Salafia, Banaras, in the year 1976. All of these degrees are authenticated by the Allahabad board (Darse Nizamia)
Having successfully completed his studies from Jam’ia Salafiya, for a year he was chosen to be a Teacher in Jam’ia Mohammadiya Malegaon.
Later, in the year 1980 (1403HJ), owing to his excellent performance, he was conferred the honour of being chosen to go to Jam’ia Islamiya in Madina Al Munawwarah for higher studies, wherein he completed his degree from the Hadith faculty. 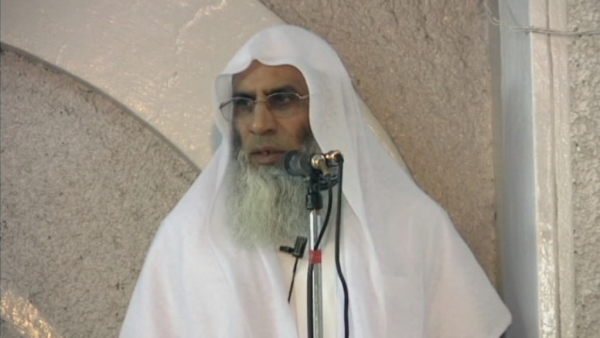 His Teachers and Shuyookh:
By the Grace of Almighty Allah azza wa jal, Shaikh Zafar had the opportunity to meet and seek religious knowledge from various renowned Shuyookh and ‘Ulama. A few of them have been named below:
1. Shaikh Al Hadith Shams Al-haq Salafi (Rahimahullah).
2. Shaikh Al Jam’ia Salafiya Moulana Abdul Waheed Rahmani (Rahimahullah).
3. Moulana Azad Rahmani (Rahimahullah).
4. Shaikh Mohammed Amaan Al Jami (Rahimahullah).
5. Shaikh Mohammed Umar Fallata (Rahimahullah).
6. Shaikh Abdus-salam Rahmani Al Madani (Hafidullah) (Shaikh Zafar took the ‘Ijaza in hadith from him).
7. Shaikh Anisur-Rahman Aazmi Al Madani (Hafidhullah).
8. Shaikh Salih Al Suhaimi (Hafidhulla) (Teacher in Masjid An-Nabawi).
9. Shaikh Rabee Bin Hadi Al Madkhali (Hafidhullah).
10. Maulana Mahfoozur-Rahmaan Faiza (Hafidhullah).
11. Dr. Ziya Ar-rahmaan Aadhmi (Hafidhullah)
Immediately after the completion of his Degree from the Islamic University in Madina, he was appointed as a Teacher for Madrassah Mohammediya Nander, in Bombay. He worked there for one year. Later on, in the year 1984 he was chosen by the Government of Kingdom of Saudi Arabia for Da’awah purpose, to teach and call people to Islam and was then sent to Dubai, United Arab Emirates.
For almost 25 years now, mashaAllah, he has been working In the United Arab Emirates in the field of Da’awah, calling people to Islam and giving Islamic lectures. He has been invited to speak at various international Islamic conferences and frequently visits India on a regular basis for spreading and teaching the people about Islam. In 2004, the Government of Saudi Arabia bestowed on him the honour of being the Official Teacher for Hajj and the rulings surrounding it.
The Shaikh has completely dedicated his life to Da’awah in U.A.E., wherein he is currently based and is especially active during the Dubai Shopping Festival, a yearly event which gathers people from all around the World and provides an excellent opportunity to call people to Islam.
His Authored Books:
By the Grace of Allah azza wa jal, Shaikh Zafar, with his immense knowledge has had the privilege of authoring a few books in Urdu, some of which are mentioned here below:
1- Tariqai Hajj (published)
2 – Mamnou As-Salah Ind-Al Iqamah (published)
3- Ithibaat Ar-Rakatayn Qabl Al-Magreb (published)
4- Ahkam-e- Aqiqa
5- Khutbaat Wa Maqalaat
6- Duroos-e- Hadith