Gulam Mohammed Sheikh (born 1937 Surendranagar, Gujarat) is an internationally renowned Painter, Writer and Art critic. He was awarded the prestigious Padmashri award for his contribution to art in 1983.
His collection of surrealistic poems Athwa has won considerable critical acclaim. He has also written a prose series Gher Jatan and edited a special number of Kshitij. 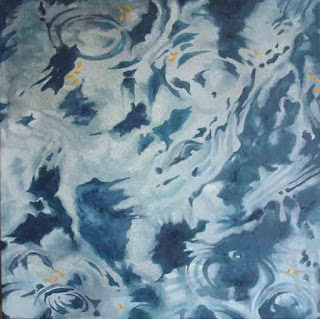 
Sheikh was born in 1937 in Surendranagar, Gujarat, India. He studied painting at Faculty of Fine Arts, Baroda and Royal College of Art, London.

Gulam started his career in 1960 when he joined as a teacher in the Faculty of Fine Arts, M.S. University, Baroda. His teaching positions have included teaching art history in the Faculty of Fine Arts, Baroda (1960–63 and 1967–81,) and as Professor of Painting, Faculty of Fine Arts, Baroda (1982–1993). He has been a Visiting Artist at the Art Institute of Chicago in 1987 and 2002, and a Writer/Artist in Residence at Civitella Ranieri Center, Umbertide, Italy (1998), at the University of Pennsylvania (2002), and at Montalvo, California (2005).
Sheikh has been a major figure in the world of Indian art for more than four decades. He has participated in major exhibitions all over the world and his works are displayed in private and public collections including the National Gallery of Modern Art in New Delhi, Victoria and Albert Museum in London and the Peabody Essex Museum in Salem, USA. Gulam has been active not merely as an artist but also as a teacher and writer.
Born in 1937 in Surendranagar, Gujarat, Sheikh adopted Baroda as his own city. He took Baroda’s wounds as his own and narrated them in his works. “Sheikh’s art is by its nature,” writes Chaitanya Sambrani, “one that takes on task of narrating, and therefore, recreating the world. There is a close tie-in between this narrative and an act of mapping the world, which gives to the speaking subject the possibility of addressing the world as his/her own”. Recently Sheikh had been working on the Mappa Mundi series where he defines new horizons and ponders over to locate himself in. Sheikh construes these personal universes enthused from the miniature shrines where he urges the audience to exercise the freedom to build up their Mappa Mundi. His deep understanding of literary tradition especially Sufism enables him to create visual couplets in his works.