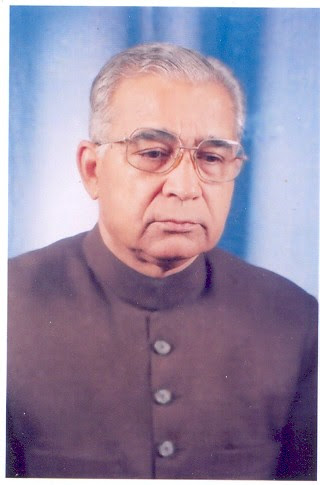 Professor Hakeem Syed Zillur Rahman has made extensive and highly significant contributions in the field of Unani Medicine, which is an ancient and still practicing system of Medicine. His entire work concerns this exceedingly important branch of indigenous medicine. In India, Unani Medicine was prevalent since ages, but, due to industrial revolution and biased feelings, Europeans and other countries gradually deserted this age-old medicine. Somehow, it is being tried to bring back its past glory. Hakeem S. Zillur Rahman is among the few devoted physicians in this country who actually also introduced this system of medicine in other parts of the world where Unani Medicine had died. He made 22 foreign visits. Besides his work in India, where he moved many cities, he also traveled through Spain, Germany, England, Iran, Uzbekistan, Scotland, Turkey, Pakistan, Bangladesh and many Arab Countries, like, Jordan, Syria, Oman and U.A.E, making many discoveries, which have placed his name high among the restorers of letters.
The main contributions of Hakeem S. Zillur Rahman concern the history of Unani medicine. In fact, he is the only one in India who is doing research on primary sources, after his long academic pursuit for 40 years, he is now carefully thought as an authority on history of Unani Medicine. He is a diligent explorer of the Unani Medicine for old manuscripts of Arabic and Persian classics, while he formed a precious collection of his own. It is noted here, Hakeem S. Z. Rahman belongs to a family of Hakeems and learned scholars and this family is known also for its participation in 1857 Independence struggle.
As a scholar of repute, Professor S. Zillur Rahman has to his credit 31 voluminous published books, 10 Addresses, 2 Monographs, more than 150 research papers in both national and international journals. He also contributed 21 important chapters / articles in other reputed books. He edited, AI-Hikmat, a classical monthly journal of Unani Medicine from 1965 to 1970 in addition to 7 other acclaimed volumes of the Conferences. During his academic period, he supervised 25 MD thesis (Post-graduate) in Unani Medicine, attended 20 International Conferences overseas and 83 National Conferences, whereas, acted as chairman / co-chairman of about 75 learned conferences / gatherings. He is involved with /member of 61 learned educational bodies, has written a preface of 37 books of other scholars. He organized himself several national and international conferences, seminars, symposia & lectures, where he amply proved his standing and worth in the Unani field of his choice. Five of his books secured awards of learned academies of Govt. of India. Many scholars and institutions have cited his works. Six scholars dedicated their books to his personality. Scholars in Iran have translated 7 of his important books into Persian. National Book Trust, India and Delhi Urdu Academy (Govt. of India) among other publishers published his books. His name is entered in about a dozen Who's Who the world over. Noteworthy, in the recognition of his expertise, he became short term Consultant to World Health Organization (WHO) Regional Office for South East Asia Region, on the assignment of which he visited Bangladesh in 1996. Hamdard University, Karachi, Pakistan invited him as Visiting Professor in 1997. However, the most significant recognition of his scholarship is the 1995 President's of India Award for Persian literature given to him on independaence day for his in-depth study of Primary Source-material in lndo-Persian. In 2006, he was entitled with Padam Shri by Government of India. Prof. Rahman was one of the senior most and respected professors of Aligarh Muslim University (AMU). He had been working in various capacities: Chairman, Department of Ilmul Advia, AK Tibbia College, AMU, Aligarh (December 19, 1978 to March 5, 1985, from March 25, 1988 to March 24, 1991, from January 7, 1992, to December 20, 1995 and from December 21, 1998 for three years); Dean, Faculty of Unani Medicine, AMU, Aligarh (December 2, 1988 to December 1, 1990), Member of the AMU Executive Council and of the AMU Court; vice-president of All-India Unani Tibbi Conference, New Delhi; president, All-India Unani Tibbi Conference (UP Chapter) and Chairman, Drug Formulary Sub-Committee, Ministry of Health and FW, G.O.l., New Delhi. Presently, he is the member of AMU Court, Pharmacopoeia Committee (Unani), Ministry of Health and FW, G.O.I.; Drug Technical Advisory Committtee, Ministry of Health and FW, G.O.I.; Governing Body, National Institute of Unani Medicine (NIUM), Bangalore and founder president, Ibn Sina Academy of Medieval Medicine & Sciences (Trust), Aligarh. He is also a Chief Editor of the international newsletter of Ibn Sina Academy (Aligarh / India), member internatioanal advisory board of the Journal for the History of Arabic Science (Syria) and Journal of International Society of History of Islamic Medicine (Turkey). Besides his aforementioned distinguished academic records and administrative achievements, Prof. S. Z. Rahman is also a man of avocations. His library-cum-museum is an eye-catching. He has to his collection more than 500 rare and important manuscripts, besides more than 15 thousands printed books on various subjects, a large collection of postal stamps, coins, old pens and many important memoirs. He is also quite well known in the community of the prominent citizens of this University City of Aligarh.
Contribution / Service to Society and Nation

Hakim Syed Zillur Rahman by his personal efforts made the department of Ilmul Advia (Ajmal Khan Tibbia College, Aligarh Muslim University, Aligarh) a center of excellance. A new building of the department with all modern facilities in the laboratories was constructed under his abled guidance and chairmanship. He raised both name and fame of this department at national and internation level. Former vice-chancellor, AMU, Aligarh, Prof. M. N. Farooqui, in his Autobiography, My Days at Aligarh, remarked (at page 40), "The Ministry of Health gave special recognition to the department of Ilmul Advia. Under the guidance of Prof. Syed Zillur Rahman the progress of the department was excellent".
Prof. Rahman represented India on Unani Medicine at various national and international gatherings. He assisted in the establishment of Ibn Sina Tibbia College at Beenapara, Azamgarh of which he laid the foundation stone on January 25, 1981. In 2000, Hakim Syed Zillur Rahman founded a national academy, namely, Ibn Sina Academy of Medieval Medicine & Sciences (Trust) at Aligarh. He established his personal library-cum-museum in early sixties of the twentieth century. After the establishment of Ibn Sina Academy, this Library and museum have now become a part of the Ibn Sina Academy Trust. The library of IAMMS at present houses one of the most precious and valuable collection of 15000 printed books, 500 manuscripts, some rare books, microfilms, compact discs and a large number of periodicals. Books in many languages like Arabic/ Persian/ Urdu/ Sanskrit and English, on a variety of subjects like History of Medicine and Sciences, Unani/ Greco-Arab Medicine, Ilmul Advia/ Pharmacology, Urdu Literature with special reference to Ghalib, Aligarh and Sir Syed Ahmad Khan, besides thousands of bound volumes of magazines are extant in the library of the Academy. On an average a dozen of people daily come in the library and avail its open access facilities. Scholars both from across India and foreign countries visit the library regularly. Apart from the library, various sectors in the Ibn Sina Academy also exists such as Karam Hussain Museum of Art, Culture & Sciences, Publication Division, Division of History of Medicine & Sciences (DHMS), Centre for Safety & Rational Use of Indian Systems of Medicine (CSRUISM), AIDS Cell & Ghalib Study Centre. Prof. Rahman assisted in the Regimental Therapy Project of Central Council for Research in Unani Medicine (CCRUM), Ministry of Health & Family Welfare, Government of India. A Project on “Hammam” included in the programme for Regional Research Institute of Unani Medicine (RRIUM), Srinagar was done under his guidance.
LIBRARY AFTER THE NAME OF PROF. RAHMAN:

Prof. Hakim Syed Zillur Rahman is a man of many interests. On one hand, he is an expert in Unani Medicine, a historian and a scholar of repute; on the other hand he is a philanthropist and a great bibliophile. He established his personal library-cum-museum in early 1960s. After the establishment of Ibn Sina Academy of Medieval Medicine and Sciences (IAMMS) in 2000 AD, this Library and Museum have become a part of IAMMS, which is a Registered Trust.
The Library of IAMMS houses at present one of the most precious and valuable collection of over 500 manuscripts; 15,000 printed books in many languages like Arabic, Persian, Urdu, Sanskrit, Hindi, even Russian and evidently English; 10,000 periodicals; a few hundreds special number of magazines and many specimens of oriental calligraphy. Most of the manuscripts are very rare and some are unique. The extant copies of the Holy Quran are extremely beautiful specimens of the art of calligraphy. A few illustrated copies of the Holy Quran, having beautiful frontispieces and embellished borders, are so alluring and eye-catching that any one who looks at them is dazzled and stands spellbound in wonder.
Following sections in the Library are noteworthy: History of Medicine and Sciences, Unani Medicine, Ilmul Advia/ Pharmacology, Ghalib Studies, Sir Mohammad Iqbal Studies, Biographies, Bhopal Studies, Aligarh and Sir Syed Ahmad Khan. (Ref.: Hakim Zillur Rahman Library – Idrak, Gopalpur, Bakarganj, Siwan, Bihar, 223 & 229:No. 3, 2003)
Reference of the above library could also be found at the website of Directory of History of Medicine Collection, History of Medicine Division, National Library of Medicine, USA (http://www.nlm.nih.gov/hmd/directory/151.html)
BOOKS/THESIS DEDICATED TO PROF. RAHMAN:
1. Tibbi Kulliyat, By Hakim Ehteshamul Haq Quraishi, Principal Takmil-al Tibb College, Lucknow, 1983.
2. Kanzul Advia Mufrada, By Hakim Mohd Rafiquddin, Publication Division, AMU, Aligarh, 1985.
3. Mazamin-i Sehat, By Professor Hakim Abdul Hannan, Principal College of Eastern Medicine, Hamdard University, Karachi, Pakistan, 1992.
4. MD Thesis, By Dr. Syed Ziaur Rahman, Department of Pharmacology, Jawaharlal Nehru Medical College, AMU, Aligarh, 2000.
5. History of Non-Resident Students' Centre (1910-2000), Aligarh Muslim University, By Dr. Syed Ziaur Rahman, Ibn Sina Academy of Medieval Medicine & Sciences, Aligarh, 2000.
6. Minhajul Saidla wa Kemia, By Hakim Mohd Rafiquddin and Hakim Saleem Akhtar, Aijaz Publishing House, New Delhi, 2001.
7. Tauzihat Kulliyat-e-Advia (Basic Principles of Pharmacology & Pharmaceutics) by Dr. A. Latif, Ibn Sina Academy, Aligarh (ISBN: 81-901362-0-8), 1st Edition, 2002.
8. Tauzihat Kulliyat-e-Advia (Basic Principles of Pharmacology & Pharmaceutics) by Dr. A. Latif, Ibn Sina Academy, Aligarh (ISBN: 81-901362-3-2), 2nd Edition, 2004.
9. Shahad ki Makkhi, by Dr. Tassawwer Hussain, Centre for Promotion & Advancement of Science, Aligarh Muslim University, Aligarh, 2004.
Links
1. http://www.lifepositive.com/Body/traditional-therapies/unani.asp
2. http://www.nlm.nih.gov/hmd/directory/151.html
3. http://www.ou.edu/islamsci/member-list2.htm#Rahman
4. http://www.noormicrofilmindia.com/zillure11.htm
5. http://www.noormicrofilmindia.com/zillur11.htm
6. http://www.noormicrofilmindia.com/cata.htm 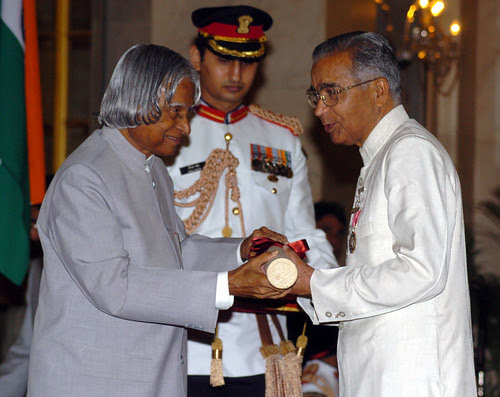