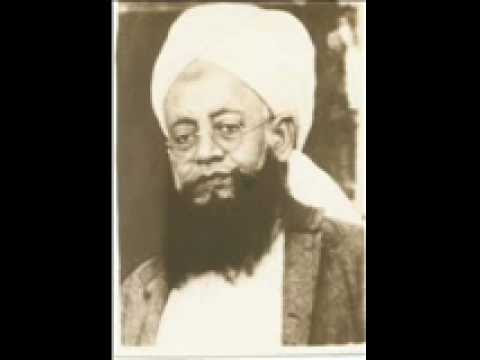 Syed Husain Ahmad Madani (6 October 1879 - 1957) was an Islamic scholar from the Indian subcontinent. He was conferred upon the title of Shaikhul Islam as to acknowledge his eminence in hadith and fiqh.

After his teacher Maulana Mehmud Hasan was sentenced by the British for his role in the Silk Letter Conspiracy to a prison in the Island of Malta, Maulana Madani volunteered to go with him so that he could look after him. He had personally not been convicted. He was imprisoned for three years.
After his release, he returned to India and became actively involved in India's freedom struggle. He had considerable influence over a section of the Muslims, more prominently those belonging to Eastern Uttar Pradesh and Bihar. He was against the two-nation theory, and predominantly due to this a large number of Muslims from Eastern U.P. and Bihar declined to migrate to Pakistan at the time of partition. He became the President of the Jamiat Ulema-e-Hind, a post he held until his death in 1957. (He also held the post of Shaikhul Hadith at Darul Uloom Deoband till his death).
He was against the inception of Pakistan.