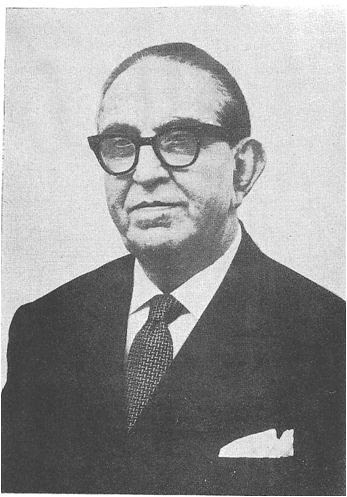 Father of indigenous modern pharmaceutical industry of India
Khwaja Abdul Hamied, the founder of Cipla, was born on October 31, 1898. The fire of nationalism was kindled in him when he was 15 as he witnessed a wanton act of colonial highhandedness. The fire was to blaze within him right through his life.

In college, he found Chemistry fascinating. He set sail for Europe in 1924 and got admission in Berlin University as a research student of "The Technology of Barium Compounds". He earned his doctorate three years later.

In October 1927, during the long voyage from Europe to India, he drew up great plans for the future. He wrote: "No modern industry could have been possible without the help of such centres of research work where men are engaged in compelling nature to yield her secrets to the ruthless search of an investigating chemist." His plan found many supporters but no financiers. However, Dr Hamied was determined to being "a small wheel, no matter how small, than be a cog in a big wheel."

In 1935, he set up The Chemical, Industrial & Pharmaceutical Laboratories, which came to be popularly known as Cipla. He gave the company all his patent and proprietary formulas for several drugs and medicines, without charging any royalty. On August 17, 1935, Cipla was registered as a public limited company with an authorised capital of Rs 6 lakhs.

The search for suitable premises ended at 289, Bellasis Road (the present corporate office) where a small bungalow with a few rooms was taken on lease for 20 years for Rs 350 a month.

Cipla was officially opened on September 22, 1937 when the first products were ready for the market. The Sunday Standard wrote: "The birth of Cipla which was launched into the world by Dr K A Hamied will be a red letter day in the annals of Bombay Industries. The first city in India can now boast of a concern, which will supersede all existing firms in the magnitude of its operations. India has lagged behind in the march of science but she is now awakening from her lethargy. The new company has mapped out an ambitious programme and with intelligent direction and skillful production bids fair to establish a great reputation in the East."
Mahatma Gandhi visits Cipla

July 4, 1939 was a red-letter day for Cipla, when the Father of the Nation, Mahatma Gandhi, honoured the factory with a visit. He was "delighted to visit this Indian enterprise", he noted later. From the time Cipla came to the aid of the nation gasping for essential medicines during the Second World War, the company has been among the leaders in the pharmaceutical industry in India.

In 1942, Dr Hamied's blueprint for a technical industrial research institute was accepted by the government and led to the birth of the Council of Scientific and Industrial Research (CSIR), which is today the apex research body in the country.

In 1944, the company bought the premises at Bombay Central and decided to put up a "first class modern pharmaceutical works and laboratory." It was also decided to acquire land and buildings at Vikhroli. With severe import restrictions hampering production, the company decided to commence manufacturing the basic chemicals required for pharmaceuticals.

In 1946, Cipla's product for hypertension, Serpinoid , was exported to the American Roland Corporation, to the tune of Rs 8 lakhs. Five years later, the company entered into an agreement with a Swiss firm for manufacturing foromycene.

The founder passes awayThe whole of Cipla was plunged into gloom on June 23, 1972 when Dr K A Hamied passed away. The Free Press Journal mourned the death of a "true nationalist, scientist and great soul…. The best homage we can pay to him is to contribute our best in the cause of self-reliance and the prosperity of our country in our fields of endeavour."

Dr Yusuf Hamied, the founder's son, returned with a doctorate in chemistry from Cambridge and joined Cipla as an officer in charge of research and development in 1960.


In 1961, the Vikhroli factory started manufacturing diosgenin. This heralded the manufacture of several steroids and hormones derived from diosgenin.