Syed Ameer Ali C.I.E. (1849–1928), was an Indian Muslim jurist of Bengali descent, political leader, and author of a number of influential books on Muslim history and the modern development of Islam, who is credited for his contributions to the Law of India, particularly Muslim Personal Law, as well as the development of political philosophy for Muslims, during the British Raj. He was a signatory to the 1906 Quran Petition and founding-member of the All India Muslim League, and a contemporary of Muhammad Iqbal.


Family history
Syed Ameer Ali traced his lineage through the eighth Imam, Ali Al-Raza, to Muhammad. Forefathers of his are known to have held office under Shah Abbas II of Persia and taken part in Nadir Shah s invasion of India. After the plunder of Delhi, the family line then settled in the Sub-continent and started serving Muhammad Shah. Another of his forefathers fought against Marhattas in the third battle of Panipat. Finally, when his grandfather died, his father Saadat Ali Khan was brought up and educated by Syed's maternal uncle.  He was born on 6 April 1849 at Cuttack in Oriss as the fourth of five sons of Syed Saadat Ali. His father moved the family to Calcutta, and then to Chinsura where they settled more permanently among the ashraf elite. His family took advantage of the educational facilities provided by the British government but otherwise shunned by the Muslim community. With the assistance of his British teachers and supported by several competitive scholarships, he achieved outstanding examination results, graduating from Calcutta University in 1867, and gaining an MA with Honours in History in 1868. The LLB followed quickly in 1869. He then began legal practice in Calcutta. By this point he was already one of the few outstanding Muslim achievers of his generation. 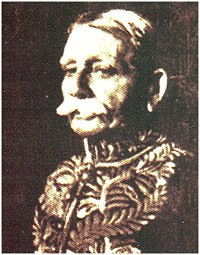 Further history
After moving to London, where he stayed between 1869 and 1873, joined the Inner Temple and made contacts with the elite of the city. He absorbed the influence of contemporary liberalism. He had contacts with almost all the administrators concerned with India and with leading English liberals such as John Bright and the Fewcetts, Henry (1831–1898) and his wife, Millicent Fawcett (1847-1929.)
He resumed his legal practice at Calcutta High Court on his return to India in 1873. The year after, he was elected as a Fellow of Calcutta University as well as being appointed as a lecturer in Islamic Law at the Presidency College, Kolkata. In 1878, he was appointed as the member of the Bengal Legislative Council. He revisited England in 1880 for one year.
In 1883, he was nominated to the membership of the Governor General Council. He became a professor of law in Calcutta University in 1881. In 1890 he was made a judge in the Calcutta High Court. He founded the political organisation, Central National Muhamedan Association, in Calcutta in 1877. This made him the first Muslim leader to put into practice the need for such an organisation due to the belief that efforts directed through an organisation would be more effective than those originating from an individual leader. The Association played an important role in the modernisation of Muslims and in arousing their political consciousness. He was associated with it for over 25 years, and worked for the political advancement of the Muslims.
He established the London Muslim League in 1908. This organisation was an independent body and not a branch of All India Muslim League. In 1909, he became the first Indian to sit as a member of the Judicial Committee of the Privy Council. On appointment to the Privy Council he became entitled to be addressed as The Rt Hon.
In 1910, he established the first mosque in London. In doing so he formally co-established the London Mosque Fund, alongside a group of prominent British Muslims, to finance the building of the mosque in the capital. His field of activities was now broadened and he stood for Muslim welfare all over the world. He played an important role in securing separate electorates for the Muslims in South Asia and promoting the cause of the Khilafat Movement.
He retired in 1904 and decided to settle down in England where he was out of the way of the main current of Muslim political life. Through his career in general he became a jurist and well-known Islamic scholar. He died on August 4, 1928 in Sussex.
Ali's record as the only Muslim privy councillor in British history was only broken a century later in June 2009 when Sadiq Khan was appointed as Minister of State for Transport with membership of the Privy Council.


His personal beliefs
Syed believed that the Muslims as a downtrodden nation could get more benefit from the loyalty to the British rather than from any opposition to them. For this reason he called upon his followers to devote their energy and attention to popularising English education among the Muslims. This perception and consequent activism have been known as the Aligarh Movement.
Referring to the concept of progressive social laws Syed Ameer Ali wrote:

"each age has its own standard. What is suited for one time is not suited for the other"

Opinions of the man

David Samuel Margoliouth in the preface of his book Mohammed and the Rise of Islam wrote:

"The charming and eloquent treatise of Syed Ameer Ali, The Spirit of Islam, is probably the best achievement in the way of an apology for Mohammed that is ever likely to be composed in a European language"

A comparison was made between Mahadev Gobind Ranade and Syed Ameer Ali, who both held similar positions economically and socially. However historian Yasser Latif Hamdani commented:

"Syed Ameer Ali’s impact, though profound on the Turks, has been marginal on the Muslims of South Asia."

In 2005 he was listed in the top 100 Great Muslim Leader of the twentieth century under the category of Ulema and Jurists.