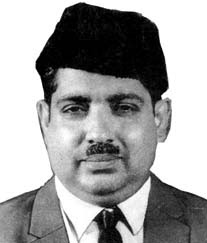 Early days
C.H. Mohammed Koya was born into a poor family on July 15, 1927 at Atholi in Calicut district of Kerala. He was the son of Payyampunathil Ali Musliyar, a countryside doctor and Unani specialist, and Mariyumma. He had his early education in the Kongannur Aided Elementary School, Velur Mappila Elementary School and Quilandy Board High School.

He experienced his first taste of politics right from his high school. He was actively involved with the IUML. In his early years, he served a short term in the Kurumpranad District Muslim League committee and later in the Municipal Office in Calicut. 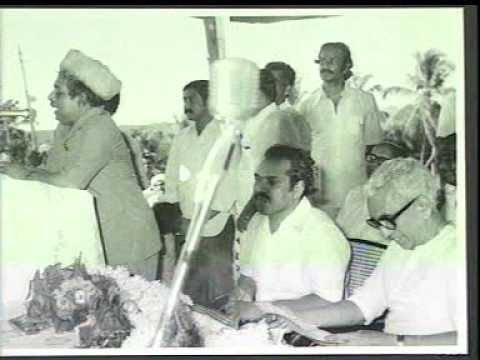 In 1951, he was elected to the National Executive of the IUML and shortly afterwards, was elected the Councilor of Calicut Municipality. C.H.Mohammed Koya defeated K.P.Kuttikrishnan Nair (Kuttiettan - as he was popularly known) of the Indian National Congress. The latter had earlier defeated two of the most popular politicians in Kerala, E.M.S. Namboodiripad and Seethi Sahib earning him the nickname the Giant-Killer from Jawaharlal Nehru.
His chief mentor, both in his personal life and political career was Syed Abdur Rahman Bafaqi Thangal, to whom he was indebted for all his achievements. 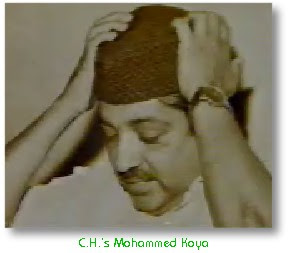 When Muslim league quit the political alliance at State level, Mohammed Koya resigned Speakership and contested the ensuing Parliamentary Poll successfully from the Calicut constituency . Again, in the State Assembly elections held in 1967, he won by a vast majority , contesting from Mankada constituency. He was the Education Minister in the cabinet headed by Shri E.M.S. Namboodiripad. He continued to retain his Education portfolio in succeeding ministries headed by C. Achutha Menon, K. Karunakaran, A.K. Antony till the Ninth ministry headed by P.K. Vasudevan Nair. As Education minister he was instrumental in formulating many plans that has helped Kerala reach the forefront in the education sector in India.
On October 12, 1979 C.H.Mohammed Koya became the Chief Minister of Kerala and his term continued to December 1, 1979. He was the Deputy Chief Minister in the next United Democratic Front(UDF) ministry headed by K.Karunakaran.Continuing in the seat even after the ministry was re-constituted in 1982, after the General Election, Shri. Koya stayed there till his untimely demise in the ensuing year.

He was noted for his wit and amazing sense of humour. Various works of his include(titles translated from Malayalam to English) My Haj Pilgrimage , Caux – London – Cairo , The Malaysia I saw, How Legislative Assembly Works , Soviet Union, Muslim Rule in India through stories, Five Days in Sri Lanka and Travel Around the world.
His wife was Amina Koya and they have 3 children (2 daughters and a son). Their eldest, Fouzia, is married to Dr.Ahamed Shareef, a doctor from Kasaragod district who was formerly based in the UAE. Dr. M. K. Muneer, their only son, was the Public Works Department minister in the last UDF Ministry headed by Shri. Oommen Chandy. He is currently the chairman of Indiavision, a Malayalam satellite news channel. Their youngest, Fareeda, is married to P.A.Hamza, a businessman, also from Kasaragod district.
C.H.Mohammed Koya died on September 28 at the Institute of Medical Sciences, Hyderabad in 1983.