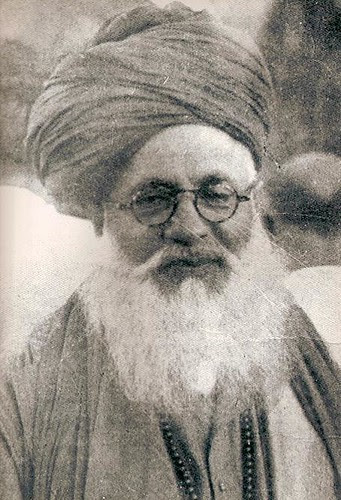 Maulana Shah Muhammad Abdul Aleem Siddique was born in the month of Ramadhan, on 3 April 1892 (15 Ramadhan 1310), in Meerut, India and was raised in a family that was pious and devout. He is a descendant of Sayyidina Abu Bakr As-Siddique, the first caliph of Islam. From youth, his father, Muhammad Abdul Hakim and his mother were a source of guidance and education in the teachings of Islam.
He was an exceptionally intelligent child and possessed an intellectual capacity beyond his years. He committed the Qur'an to his memory when he was only 4 years old. He also had a remarkable oratory skill and at the age of 9, he delivered his first public speech at the Jamma Mosque of Meerut, mesmerising the audience.
He had a love and thirst for knowledge. At the age of 16, he graduated with a Degree and distinctions in Islamic Theology. He then pursued non-theological studies in modern sciences and Law. He also acquired advanced knowledge in Qur'anic science, Hadith, Sufism (Tassawuf) and Islamic jurisprudence of the four main madhhab. His teachers include Shaykh Ahmad al-Shams of Morocco, Shaykh Al-Sennousi of Libya, Maulana Abdul Bari of Farangi Mahal and Maulana Ahmad Mukhtar Siddique (his brother). He achieved great Islamic theological and spiritual development under the guidance of Maulana Ahmed Raza Khan, a revered Islamic scholar. 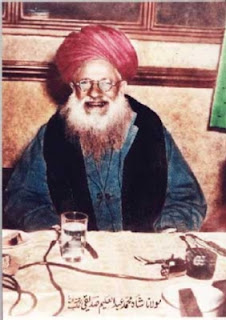 Life work
Maulana Abdul Aleem Siddiqui travelled continuously for 40 years to all parts of the globe seeking to spread his concepts of spiritual reform and enlightenment to a major part of the world. He visited the Hejaz, Singapore, Malaysia, Indonesia, Thailand, Burma, Vietnam, Ceylon, China, Japan, Philippines,[1] Mauritius, Madagascar, South Africa, Kenya, Tanzania, Belgium, Egypt, Syria, Palestine, Jordan, Iraq, France, England, West Indies, Guyana, Trinidad & Tobago, Suriname, United States of America and Canada.
He was a great Sufi, writer, poet, orator and scholar of Islam and modern sciences, and was known for his spiritual guidance and promulgation of the message of hope and peace. His contribution to literary and academic discourses was also significant. In 1935, in Mombassa (Kenya), Maulana Abdul Aleem Siddique met with European intellectual, Sir George Bernard Shaw, and they enjoyed a exchange of thoughts in which Shaw called Maulana Abdul Aleem Siddique “a learned sage”. He delivered hundreds of lectures and wrote several Islamic books and poetry in Urdu and English. He spoke Arabic, Urdu, Persian, English, French, Indonesian, Malaysian and Japanese languages fluently.

He came to Singapore in 1930 to spread the message and beauty of Islam. He delivered numerous lectures in Singapore and attracted many people to Islam. He pioneered the establishment of the All Malaya Muslim Missionary Society, now known as Jamiyah, in 1932.
In early 1949, Maulana Abdul Aleem Siddique, together with other religious leaders, met with Malcolm MacDonald, Singapore’s then Commissioner-General, to discuss issues of solidarity amongst religions. In a similar meeting, a decision was made to set up an organisation for inter-religious understanding, later called Inter-Religious Organisation (IRO). In March 1949, IRO was formed to foster greater understanding between the faiths in Singapore and to promote the spirit and message of peace amongst the citizens of Singapore. In IRO’s inauguration ceremony, on 18 March 1949 at Victoria Memorial Hall, Maulana Abdul Aleem Siddique spoke, saying,


"As far as the common evils and accepted moral principles were concerned, no religion could have any difference, and in the spirit of tolerance and sympathy and the desire to establish peace, all of them were as one. The task of the religious leaders was to let the followers of each and every religion know the teachings of other religions, so that a spirit of fellowship could work together to spread the accepted moral principles and to fight the common evils." 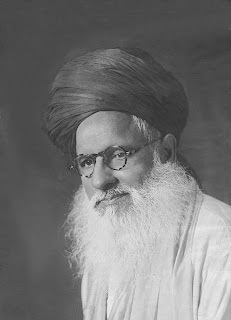 Between 1928 to 1953, his Eminence Mawlana Abdul Aleem Siddiqui (R.A) made five visits to Mauritius. Sir Abdul Rajack Mohamed, then a Muslim leader in Mauritius met his eminence in Colombo and invited him to come to Mauritius which his Eminence accepted without hesitation.
First visit: In December 1928 he arrived in Mauritius at Port Louis Harbour where thousand of Muslims were waiting to welcome him. His lectures (waez) worked wonders in the hearts of Muslims and other communities as well. His Eminence created the Hizbullah in order to revive Islam in Mauritius.
Second visit: On 26 September 1931 he paid his second visit on the requests of several Muslim leaders.
Third visit: On the 30 March 1939 he paid his third visit. Some of his speeches were relayed by radio from the Jummah Mosque.
<detailed information on visits are being compiled>
Fourth visit: He was expected to arrive in Plaisance on 5 May 1949 on board a plane KLM of Batavia at6hrs45am. His flight was delayed by twenty four hours and he reached Mauritius only on 6 May 1949. The Jummah Mosque invited all the Muslims to welcome the Mawlana. His Eminence delivered several waez (Lectures) in Urdu and English throughout the Island. A list of waez held at time is given below: