Allamah Shibli Nomani (Urdu: علامہ شبلی نعما نی) (June 3, 1857 - November 18, 1914, Azamgarh) was an Indian scholar on Islam. He was born at Bindwal in Azamgarh district of present-day Uttar Pradesh. He is known for the founding the Shibli National College in 1883 and the Darul Mussanifin in Azamgarh. Shibli was a versatile scholar in Arabic, Persian, Hindi, Turkish and Urdu. He was also a poet. He collected much material on the life of Prophet of Islam, Muhammad but could write only first two volumes of the planned work the Sirat-un-Nabi. His disciple, Syed Sulaiman Nadvi, made use of this material and added his own and wrote remaining five volumes of the work, the Sirat-un-Nabi after the death of his mentor. 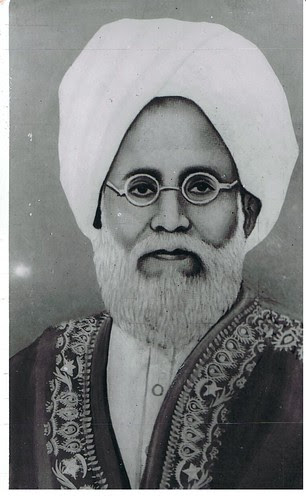 Early life
He was born in a Rajput family to Shaikh Habibullah and Moqeema Khatoon. Although his younger brothers went to Aligarh for education, Shibli received a traditional Islamic education. His teacher was Maulana Muhammad Farooq Chirayakoti, a rationalist scholar. He went to Mecca for the Hajj and there he devoted his time to furthering his studies in Islamic theology, history, philosophy and Sufism from different scholars in Arabia. An orthodox Hanafi Muslim, he was a staunch suporter of the Shari’a.

In the Middle East

When he returned to India he met Sir Syed Ahmed Khan (1817–1898) who had just established Aligarh Muslim University. Nomani was offered and joined a teaching position at the university on February 1, 1882. He taught Persian and Arabic languages at Aligarh for sixteen years where he met Thomas Arnold and other British scholars from whom he learned first hand modern Western ideas and thoughts. He traveled with Thomas Arnold in 1892 to Syria, Egypt, Turkey and other countries of the Middle East and got direct and practical experience of their societies. His scholarship influenced Thomas Arnold on one hand and on the other he was influenced by Thomas Arnold to a great extent, and this explains the modern touch in his ideas. In Cairo, he met noted Islamic scholar Sheikh Muhammad Abduh.


In Hyderabad and Lucknow

After the death of Sir Syed Ahmed in 1898, he left Aligarh and became an advisor in the Education Department of Hyderabad State. He initiated many reforms in the Hyderabad education system. From his policy, the Osmania University of Hyderabad adopted Urdu as the medium of instruction. Before that no other university of India had adopted any vernacular language as the medium of instruction in higher studies. In 1908 he left Hyderabad and went to Lucknow to become the principal of Nadwat tul-‘Ulum (Nadwa). He introduced reforms in the school's teaching and curriculum. He stayed at the school for five years but the orthodox class of scholars became hostile towards him, and he had to leave Lucknow for his birthplace, Azamgarh, in 1913.

Earlier at Nadwa he wanted to establish Darul Musannifin or the House of Writers but there he could not do this. He bequeathed his bungalow and mango orchard and motivated the members of his clan and relatives to do the same and succeeded. He wrote letters to his disciples and other eminent persons and sought their cooperation. Eventually one of his disciples, Syed Sulaiman Nadvi fulfilled his dream and established Darul Musannifin at Azamgarh. The first formal meeting of the institution was held on November 21, 1914, within three days of his death.

Shibli’s genius had its flowering in Aligarh University when he came into contact with Sir Syed Ahmed and British scholars. Both Shibli and Sir Syed Ahmed wished for the welfare of Muslims, and wanted to have Western thinking and style come along with it. However, Sir Syed wanted to save the Muslims from the wrath of the British rulers after their active participation in the War of Independence, called the "Sepoy Mutiny" by the British colonialist rulers, whereas, Shibli wanted to make them self-reliant and self-respecting by regaining their lost heritage and tradition.
Shibli was a staunch supporter of Pan-Islamism. He wrote poems and articles decrying the British and other Western powers when Turkey was defeated in the Balkan Wars and he urged the world Muslims to unite. In 1913, when the British Administration in India stormed the Kanpur Mosque, Shibli condemned them. 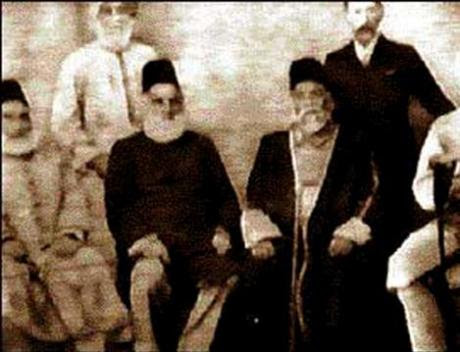 Maulana Shibli Nomani – whose ancestor converted from Hindu Rajput into Islam - also had casteist mindset. Mr. S.M. Ikram writes that he humiliated his own step mother calling her names like “chhawni / arbabe chhawni” (It is a camp like army camp where Nawab used to live outside the house) because she was from low caste. Syed Sulaiman Nadvi also mentioned the same thing, but he also says that in the last Maulana Shibli asked for forgiveness from her mother and she forgave him.


Aligarh movement
According to some scholars, Shibli was against the Aligarh movement. He opposed the ideology of Sir Syed and that is why he was debarred from the services of MAO College. Kamleshwar wrote an excellent novel ‘Kitne Pakistan’ (How Many Pakistan?)  and in that novel he counts Maulana Shibli Nomani as one of the narrow minded Muslim theologians. In another book, ‘Ataturk Fi Karbala’, the author alleged that Shibli was not happy with Sir Syed’s policies and ideologies and was involved vehemently against Aligarh movement . It is a false propaganda that he was till his last breath closely associated with Aligarh Muslim University. Only few people from his community and region exaggerate that he was a great Muslim theologian, a great admirer of Sir Syed and an earnest principal at Darul-uloom Nadwatul Ulama.

There does not appear to be evidence of any difference of opinion between Shibli and Sir Syed either in the former's writings or correspondence during the life-time of the latter.Shibli's first critical reference is not to Sir Syed but of Hali with reference to "Hayat-i-Javed" which Shibli referred as "sheer hagiography" (sarasar madah sarai). It was only later, i.e. after 1907 that Shibli made many critical references to 'Aligarh College' and occasionally to the founder Sir Syed.
From these writings one is inclined to agree with the reasons assigned by Shaikh Ikram for this change of attitude. These are; (a) Shibli's desire to show that the traditionalist model of Nadwa was superior to that of Nadwa.
(b) Shibli's affection and reliance on Abul Kalam Azad who was allergic to Aligarh and Sir Syed. One of the primary objectives of 'Al Hilal' was "Aligarh ke Aiwan-i-Ghulami ko girana. Shibli and Azad's desire that promoters of the proposed Muslim University should not give up the demand for an all India affiliating jurisdiction.
(c) lack of equation between Shibli and Viqarul Mulk unlike his deep relations with Mohsinul Mulk who had appointed Shibli as the first Secretary of the Anjuman Taraqq-i-Urdu which started as a subsidiary of the All India Muslim Educational Conference.
(d) The effect of pro Congress Muslim families of Bombay on Shibli.

Allama Shibli had two daughters, Rabia Khatoon and Fatima Jannutul , and one son, Hamid Hassan Nu'mani. He was born in 1882 and died in 1942. He had a son who died soon after birth, and five daughters who lived their life. They are:

Shibli was well aware of the progress of science and education in the West. He wanted to inspire the Muslims to make similar progress by having recourse to their lost heritage and culture, and warned them against getting lost in Western culture. In keeping with this goal, he wrote the following books;
Source : Wikipedia